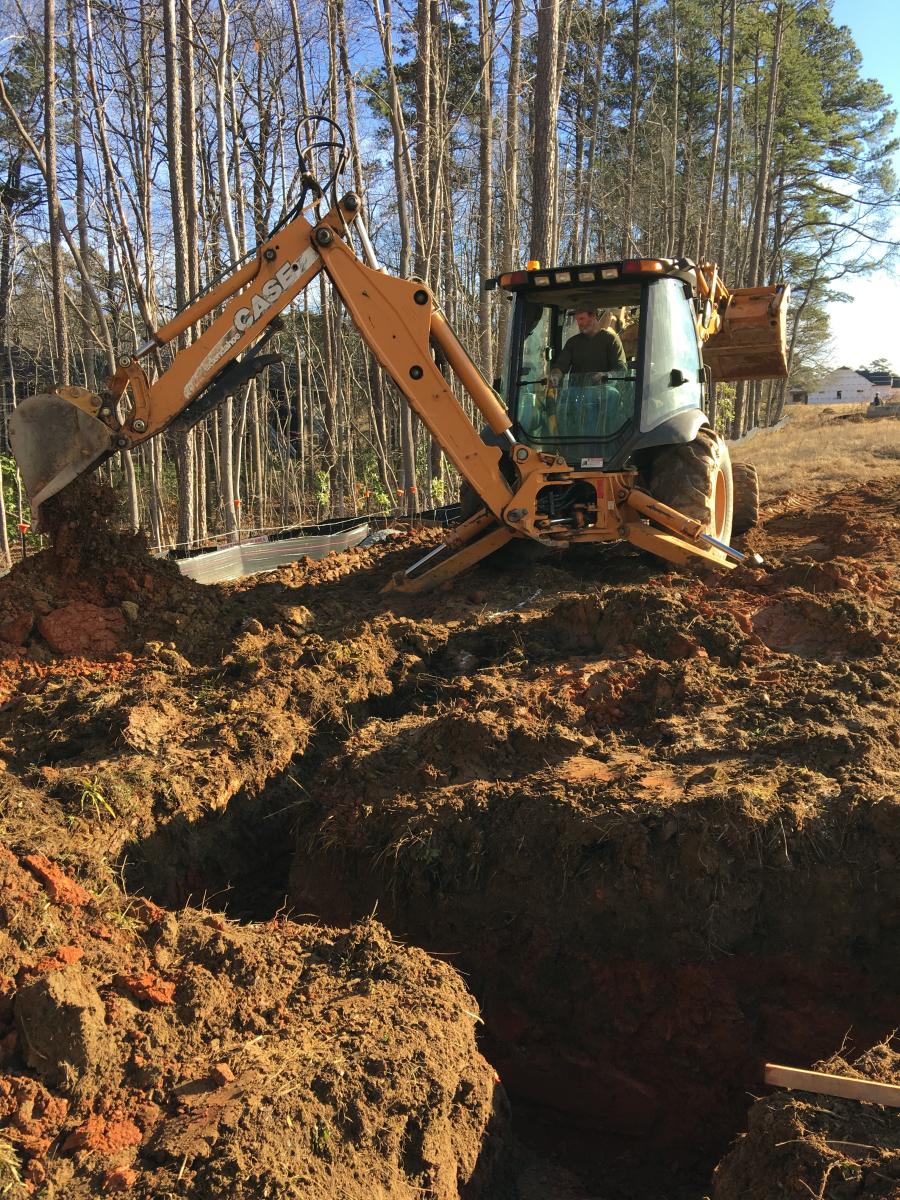 “The Case 590 backhoe also has a wide stance, which gives it stability. I’m often on hills and inclines, so when I have wider tires, I feel a bit safer,” said Shannon Hawkins, Hawkins Backhoe & Septic, Whitsett, N.C

Shannon Hawkins, Hawkins Backhoe & Septic, Whitsett, N.C., is currently involved with several foundation projects for a development in Raleigh, N.C., The Manors at Old Lead Mine by Pulte Homes. Hawkins has been charged with digging the footings for this 150-lot housing development. The company works with Pulte on 250 to 300 homes per year.

“We got involved with Pulte around 18 years ago,” said Shannon Hawkins, owner of Hawkins Backhoe & Septic. “Ronald Kobel used to work for Westminster Homes, and then he started working for Pulte, which was Sintex back then, Pulte now. Ronald got us in with them.”

The company primarily digs footings as well as performing septic installation and minor clearing. For these projects, the company uses two Case skid steers, the TV380 and TR320, as well as a Case 590 backhoe from Hills Machinery's Greensboro branch.

“I like the Fiat engines that power the skid steers,” said Hawkins. “The TV380 has quick response. I like the wide, 18-inch tracks for stability on unstable soil we encounter on site. It's a good machine overall. Last year, I bought the radial machine, and the TV380 is a vertical machine in terms of lifting.

“The Case 590 backhoe also has a wide stance, which gives it stability. I'm often on hills and inclines, so when I have wider tires, I feel a bit safer.”

According to Hawkins, the service he's received from Hills Machinery has been excellent.

“Hills Machinery is really quick. If I put something in the shop, I have it back in three to four days. They usually have the parts in stock. If not, they can get it in a day, so I'm happy with that. The salesmen are excellent. I don't think I've ever called Mark Newcommer [sales representative of Hills Machinery] once without him answering his phone. I can call him on the weekend with a question or if I need to get in the gate after hours, and he'll meet me unlock the gate for me so I can pick my machine up. That means a lot.”

Hawkins's father founded Hawkins Backhoe & Septic in 1980, which spurred his love for digging footings and grading.

“I started working for him when I got out of high school in 1986. He retired about two years ago and handed the company over to me. It just took off from there. When the recession hit, we survived because everything was paid off at that time, including my house and equipment, so we didn't have many bills. If we had bills we would've been in trouble. When we were working two or three days a week, it was tough. If something didn't need to be fixed, it wasn't fixed.”

Today, the company works for five or six contractors in the Greensboro and Burlington, N.C., area. According to Hawkins, it is this range of work and contractors that ensures the company always has work on the horizon.

Hills Machinery opened its doors in 2007 to sell, rent, and repair equipment. In 2010, Hills Machinery was appointed the new Case Construction Equipment dealer in North and South Carolina. The business is owned by two brothers, Adam and Jim Hills; who run the company with a dedicated group heavy equipment industry professional. Over the last several years Hills has expanded across the Carolinas and carry other great lines such as Case, Terex Finlay, Rubble Master, Edge Innovative, Gradall,Mauldin Pavers and many more product lines. 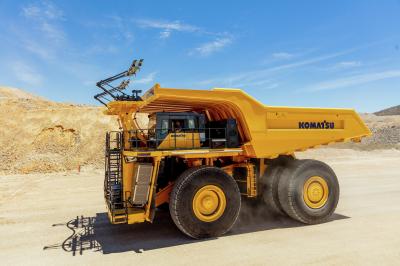