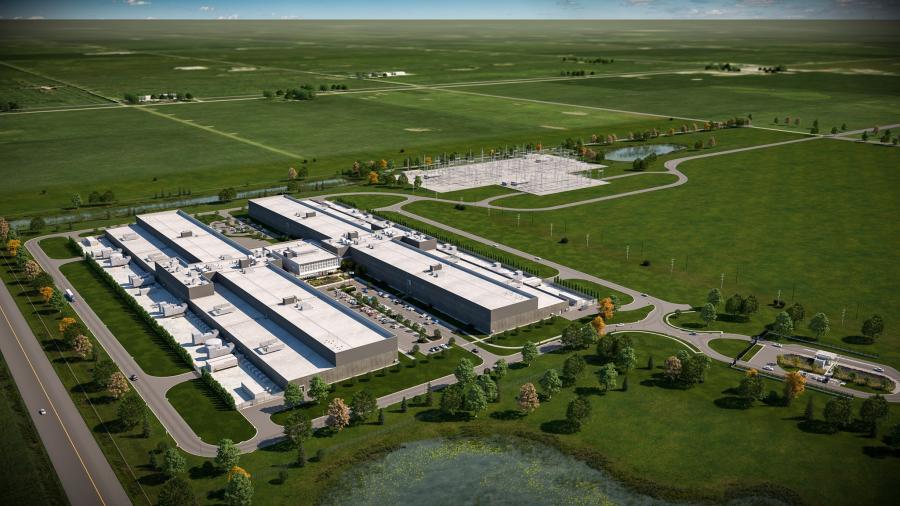 The $800 million Facebook DeKalb Data Center will be among the most advanced, energy- and water-efficient data center facilities in the world.

Facebook announced on June 30 it is joining the DeKalb, Ill., community and will be building its newest data center there. The Facebook DeKalb Data Center will be among the most advanced, energy- and water-efficient data center facilities in the world, according to the company. It will deliver an estimated 100 operational jobs and hundreds of construction jobs.

"There are many variables that enter into the decision process for data center locations, and DeKalb provided many compelling reasons for Facebook to bring our newest data center to Illinois," said Rachel Peterson, vice president of Data Center Strategy of Facebook.

Due to COVID-19 limitations, Facebook announced the groundbreaking with a video featuring Gov. JB Pritzker, Mayor Jerry Smith and some notable DeKalb landmarks.

"Today, we're proud to celebrate that DeKalb will be Facebook's newest home," said Smith. "It's a boon to our community, and once online, this data center will be part of a network that connects people all over the world. We hope that the ripple effect of Facebook's decision will be a catalyst for more companies to see all that DeKalb and this region have to offer."

This 907,000-sq.-ft. facility, the 12th Facebook data center in the United States, will be supported by 100-percent renewable energy; will use 80 percent less water than the average data center; and, once completed, will be LEED Gold certified.

As one of the largest data centers in Illinois, the Facebook DeKalb Data Center will accelerate opportunities for the community to attract skilled jobs, while increasing the northwest region's competitive digital edge.

Facebook is partnering with the city of DeKalb, Ill., the Kishwaukee Water Reclamation District and Krusinski Construction Company to help design, build and provide support for infrastructure in the area. This includes nearly 3 mi. of water lines; 1.5 mi. of sewer extension; and repaving local roads.

Hundreds of construction workers will work onsite for several years. We will be hiring for data center jobs including technicians, engineers, construction management, facility managers, logistics professionals and security personnel.

Mortenson Construction was selected as the general contractor of the DeKalb Data Center. The site will employ an estimated 1,200 construction and trades at the project's peak.