New York City's Landmark Preservation Commission and the State Historic Preservation office recommended that the site be listed on the National Register of Historic Places. 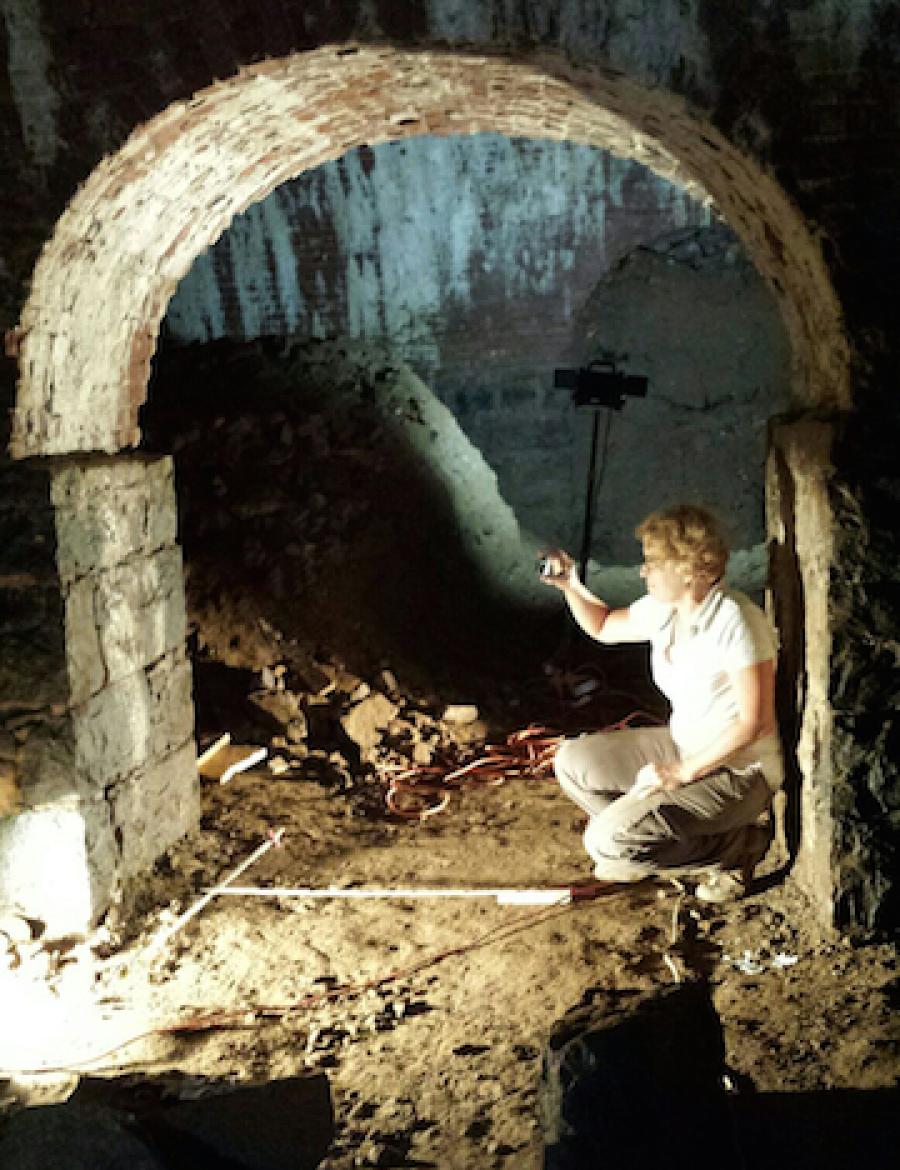 Trees aren't the only things Brooklyn produces — beer once brewed below a Williamsburg apartment building.

A construction crew began clearing the site at 33 Ten Eyck St. for a low-income apartment building in 2015 when workers struck a vault during excavation. Archaeologist Celia J. Bergoffen was called to the site a few days later to figure out what they had hit.

That's when the group discovered a cellar 22 feet wide, 14 feet tall and 40 or more feet long, the New York Times reports. After doing some research, Bergoffen discovered she'd stumbled across the 19th century remnants of a brewery complex.

The four beer vaults, or "lagering caves", belonged to Sebastian Schnaderbeck, a German who immigrated to New York City in 1848 and opened a brewery on Maujer Street in the 1860s. Schnaderbeck's brewery went out of business by the late 1870s, and the building was in ruins by 1880, with no indication as to why.

New York City's Landmark Preservation Commission and the State Historic Preservation office recommended that the site be listed on the National Register of Historic Places.

The Times says the lagering caves are the only ones in Brooklyn to have been mapped and photographed, despite their owner remaining a mystery.

Bergoffen told the newspaper there was no mention of anything of historical interest on the site of the low-income housing project proposed in 2007. After the vaults were discovered, the housing project was put on hold for a year.

Bergoffen, who is also an adjunct professor at the Fashion Institute of Technology, suggested turning the cavernous spaces into a social spot for beer enthusiasts. However, the idea was shot down by the developer, who rejected the notion because of costly renovations.

Three of the vaults have been filled with concrete, while the fourth was left unfilled, but inaccessible.

Though hipsters roam the streets in search of craft beers, Brooklyn has long been the site for suds. Williamsburg and Bushwick were big on beer during the mid-19th century, and the borough produced a fifth of the nation's beer by 1960.