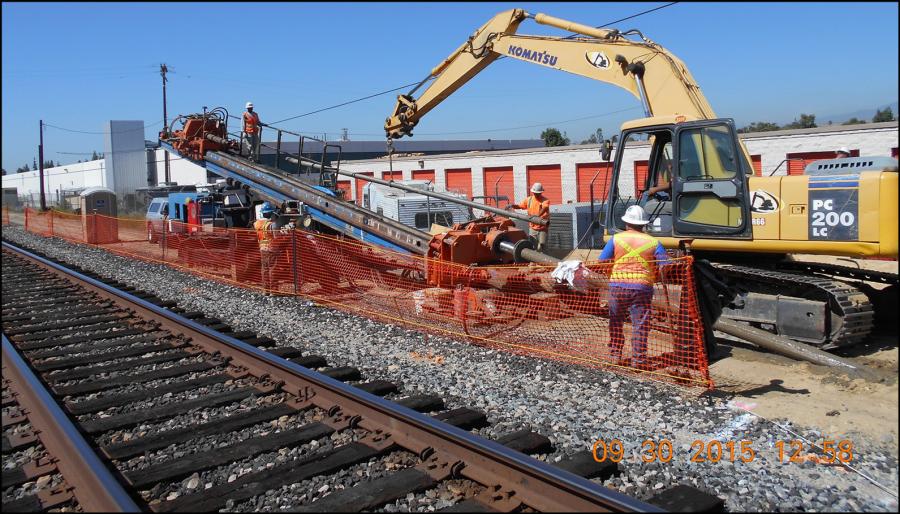 Construction crews are at work on a southeastern Los Angeles County project that, when completed, is expected to save 15.3 vehicle delay hours daily.

The project will eliminate delays for emergency responders and crossing collisions. Nine collisions have been recorded at the crossing since 1981, resulting in four fatalities. Safety for pedestrians and bicyclists will be improved, with 563 pedestrians and 214 bicyclists counted over a 14-hour period in January 2013. Emissions from idling vehicles will be reduced and locomotive horn noise eliminated.

Work started in June. Grade separations can take a number of forms — elevating the roadway or the rails, or creating an underpass. This project involves moving the roadway beneath the rails, which was the city's preference because it is more aesthetically pleasing, Balmeo said. 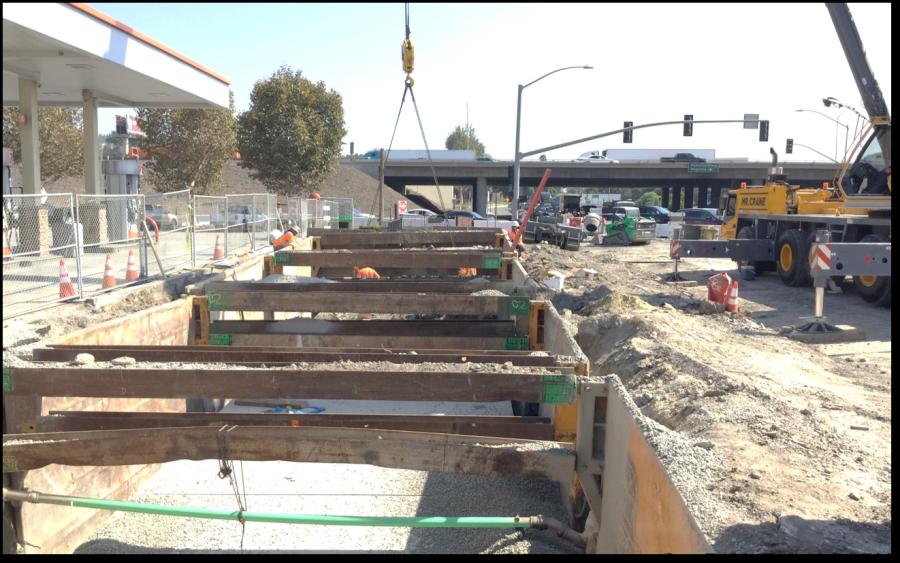 "This is a pretty big project," he said. "In order for us to work, we can't disrupt the rail traffic. It is vital to our economic well-being. In order for us to build the underpass, we shift the railroad to what we call a shoofly. We shift it south first and move both main lanes south, then we work on the north half of the railroad bridge. We build all of that and once that's done, we take the two shooflys and push them north to what we just built. Then we start on the south half. And, voila, you have a railroad bridge.

"We build it on the existing ground and start tunneling underneath. We expose the entire bottom of bridge. Finish it and make it all smooth and pretty and you have an underpass. It's what we call top down construction. You build everything at walking surface and then you start going underneath it. The shoofly term is an old one used by the railways for a temporary rail. When you are done, you shoo it away," Balmeo said.

The Durfee Avenue project is just one of numerous projects aimed at mitigating the impacts of significant increases of freight rail traffic over 70 miles in the San Gabriel Valley.

ACE was created by the San Gabriel Valley Council of Governments (SGVCOG) in 1998.

"The ACE Project consists of a comprehensive program of safety improvements and mobility upgrades at 39 railroad crossings and 19 roadway-railroad crossing grade separation projects at an estimated cost of $1.7 billion," according to the SGVCOG website. "The ACE Trade Corridor is among the state's and nation's busiest rail corridors, carrying 16 percent of all oceangoing containers throughout the entire United States. The grade separations will improve crossing safety, eliminate vehicle delay throughout the local network and locomotive horn noise, and reduce emissions."

The biggest challenge of the Durfee Avenue project is coordinating with the various utilities involved, Balmeo said. In times of emergency, such as the Dorian hurricane, crews must drop what they are doing to respond elsewhere. 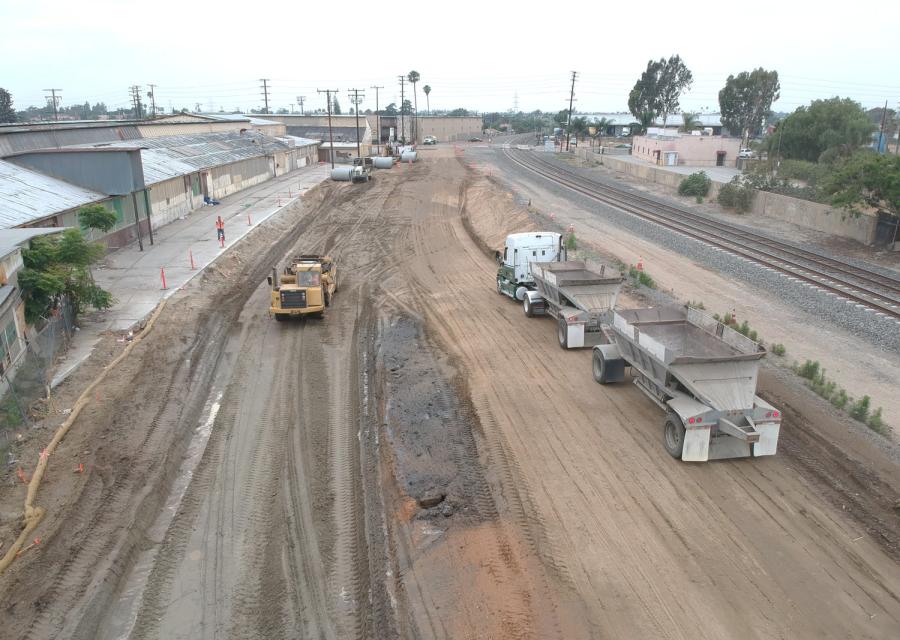 "Right now have utility relocation … and I'm stuck," he said. "Without them moving we are dead in the water, and we end up dealing with delay claims. Otherwise, it's just making sure they show up and do what they have to do and then we show up and do our work."

Technology has made the work easier and quicker, particularly when it comes to excavation. Instead of open cuts and trench shields, crews work with directional boring equipment.

"Directional bore rigs are pretty fascinating," Balmeo said. "It has saved a lot of time and money. The directional boring rigs are vital to expediting our projects. The other fascinating component on this job is the shoring that is required. Excavators are digging so deep we have huge steel beams that need to get installed. We are close to electrical lines, so we have to be very, very careful installing beams. We're using cranes and coordinating with the local power company. It's a sight to see. We've got 12,000 volt lines running in this area.

"We're just crossing our fingers and hoping we can get this project built under budget and on schedule." CEG