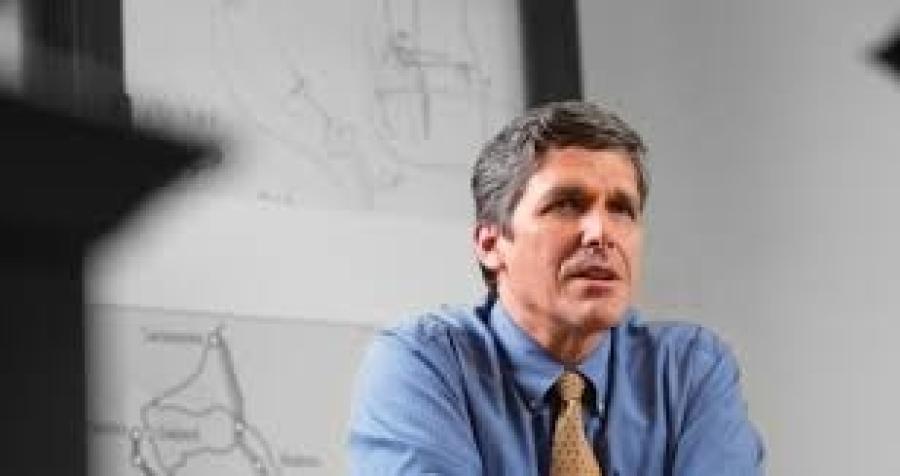 After five years of service and with the California High-Speed Rail program moving rapidly from concept and planning to full-scale construction, CEO Jeff Morales announced that he will step down from his position early this summer, after the Board of Directors is expected to select a replacement.

“It has been a true honor to be a part of this important and historic program. I am very proud of the progress we have made in advancing the nation's first high-speed rail system, against the odds and in spite of all the obstacles,” said Morales in a letter sent today to Gov. Jerry Brown and the California High-Speed Rail Authority's staff and Board of Directors. “We have 119 miles of construction under way through three major design-build contracts. To date, the project has supported thousands of jobs, put almost a thousand tradesmen and women to work, and injected upwards of $4 billion into California's economy.”

“Jeff was instrumental at a crucial point in time and led California's High-Speed Rail project through a very challenging period,” said Brown. “His dedicated and skillful leadership is exactly what was needed.”

Morales was named chief executive officer in May 2012 and will work closely with the Authority's Board to ensure the smooth transition of a successor. The Authority's Board of Directors is expected to meet in the coming weeks to consider candidates before Morales officially departs on June 2, 2017.

“Jeff has successfully built the organization over the past five years and we're grateful for his leadership. He moved the High-Speed Rail project from the planning phase into construction, laying the groundwork for commercial operation,” said Dan Richard, Chairman of the Authority's Board of Directors.

Under Morales' leadership, the Authority has:

• Supported thousands of jobs in areas that have suffered chronic unemployment and put almost a thousand tradesmen and women to work.

• Grown from just over a dozen employees to more than 200 employees.

• Managed three successful procurement bids totaling more than $3 billion in contracts for 119 mi. of construction, with each bid coming in hundreds of millions of dollars below engineers' estimates.

• Advanced the unprecedented environmental approval of the remaining segments.

• Secured approval of the “d” plan for expenditure of bond funds, with first bond sales occurring in the past couple of weeks.

• Reached agreements with railroads and utilities on critical alignment issues.

• Initiated the process to bring an early operator onboard this summer, signaling the shift towards commercial operations.

• Negotiated a landmark agreement with the Madera and Merced Farm Bureaus that resolved many agricultural issues and now serves as a template for agricultural land mitigation system-wide.

Before serving as chief executive officer of the Authority, Morales was senior vice president of Parsons Brinckerhoff, where he worked with transportation agencies across the United States and internationally to develop and implement major capital programs.

He also previously served as executive vice president of the Chicago Transit Authority where he spearheaded major reforms at the nation's second-largest transit agency, and as director of the California Department of Transportation, where he managed a $10 billion program and more than 23,000 employees working to build, maintain and operate the largest state transportation system in the United States.

His experience at the federal level includes serving as a member of President-Elect Obama's transition team focusing on transportation; Vice President Al Gore's National Performance Review; the White House Commission on Aviation Safety and Security; the U.S. Department of Transportation; and as U.S. Senate staff.