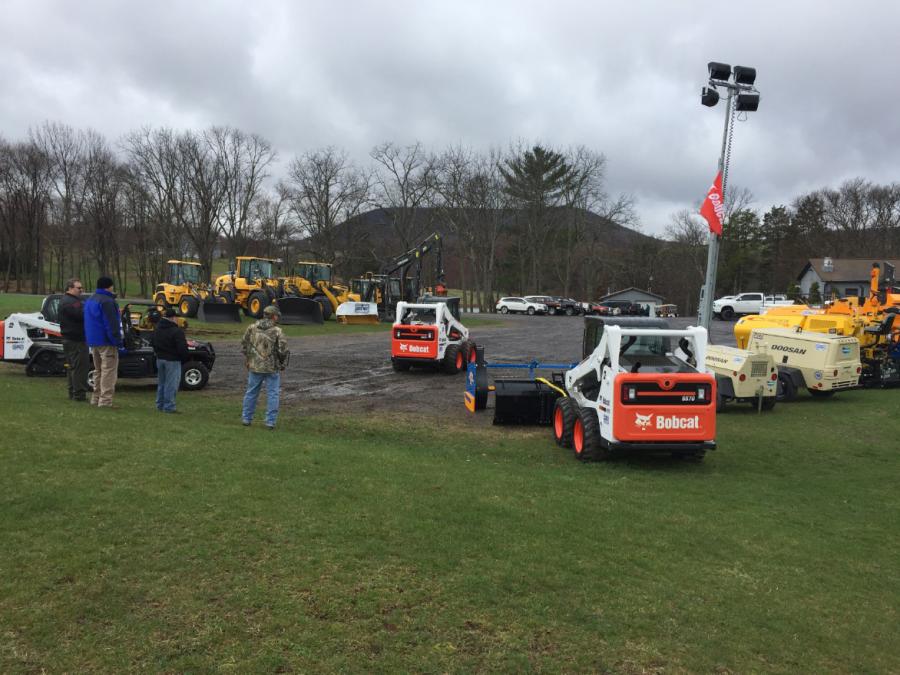 Guests look over the lineup of construction equipment Highway offers

Whenever a white sporting clay appeared, the lucky shooter received a free Volvo CE, Carlson Paving Products, or LeeBoy Performance branded hat or Volvo CE t-shirt. In addition to shooting, customers also were given the opportunity to test their skills on a Volvo excavator simulator, operate a remote-controlled Bobcat skid steer loader and attempt to pick up soccer balls and tennis balls with a Bobcat excavator.