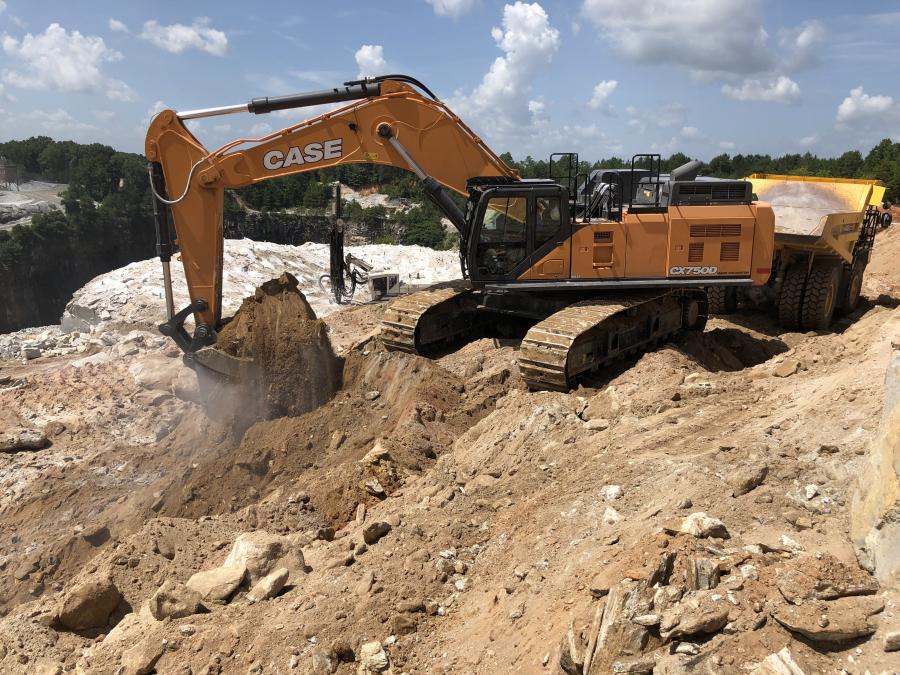 The Case CX750 excavator in operation at the Oconee County Quarry in South Carolina was purchased from Hills Machinery.

In operation since 1948, the Oconee County Quarry sits on a 100-acre tract of land in Walhalla, S.C. Its pit is approximately 300 ft. deep and quarry officials are in the process of expanding the top so they can mine even deeper below the surface. The quarry produces blue granite, which is known as the state rock of South Carolina. 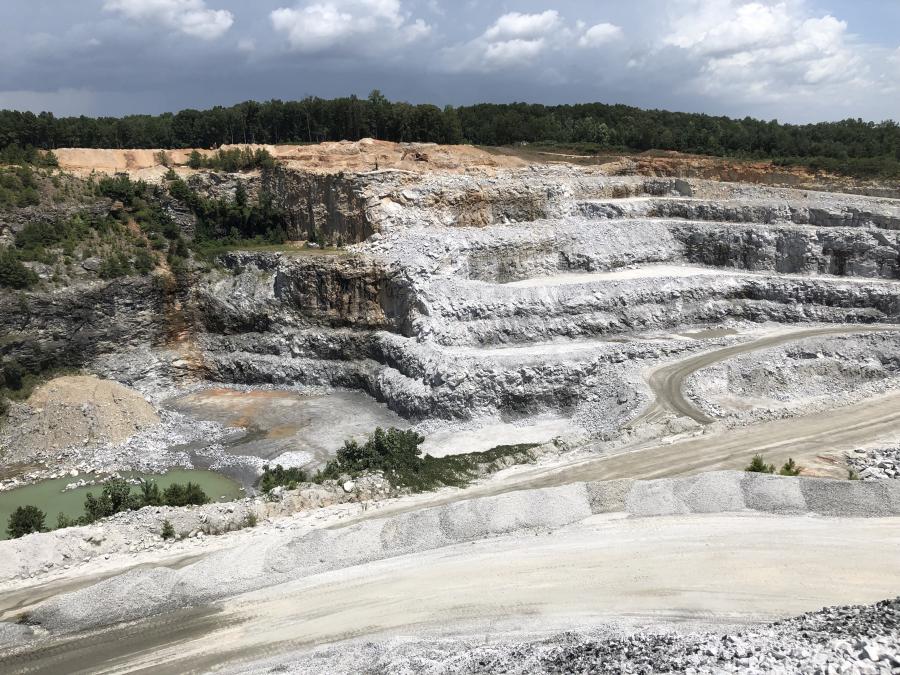 Because the quarry is county-owned, 600-plus customers routinely make pickups to obtain different products that serve and accommodate their needs. Materials produced there also makes its way over to Clemson University for a variety of uses.

The main responsibility of the quarry, however, is to produce aggregate for the county government to use in road building, storm drainage and slope protection, among many other needs.

When the time came for the quarry to purchase a large excavator to feed its new granite crushing plant, assistant manager Thom Moxley jumped at the chance to recommend Case. Because this new machine also needed to help with the process of stripping — which is taking the top surface off the quarry's mining area so workers can get to the rock below — quarry officials met with Carolinas dealer Hills Machinery, which was the low bidder in the state contracting process, to forge a business relationship that both sides hope will continue well beyond just a single purchase. 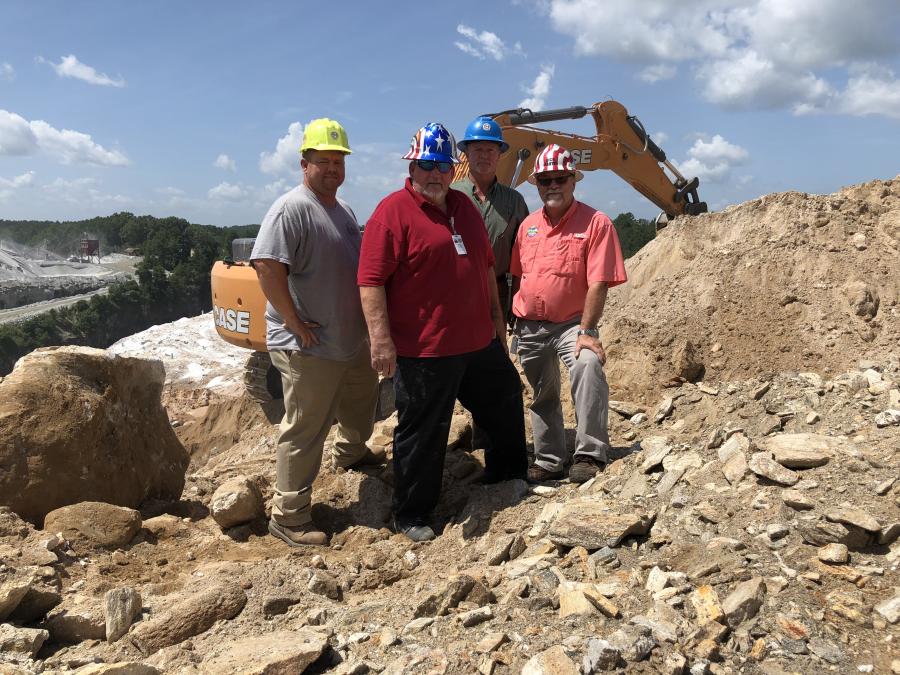 "We tried to work with Hills Machinery and the design of the machine to get the biggest bang for our buck," Moxley said. "We ended up going with a mass excavator set-up, which is a little shorter boom that gives you more breakout force and better strength and stability in feeding this new mobile plant."

After considering all of the vendor options, seeing the Case CX750 in action was the deciding factor for the quarry, along with the machine's affordable price. As an added bonus, Moxley said his operators appreciate the roominess of the CX750's cab, which is the largest in its class.

Since buying the excavator, the quarry has logged nearly 400 hours of operation time with the machine running up to eight hours a day, five days a week.

"It has a 5-cu. yd. bucket, and we load a 35-ton or 40-ton truck every two, three minutes with it," Moxley said. "It takes five cycles to load that truck, and how many loads we get an hour depends on the site that we are dumping at." 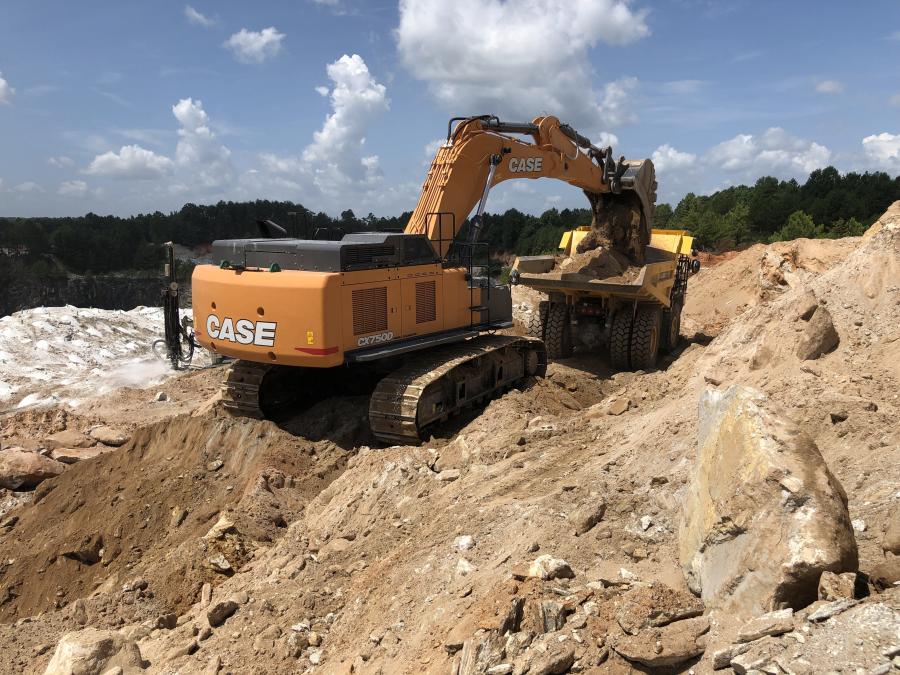 Another feature of the CX750 that has impressed staff is its SiteWatch system, which can be monitored from any of the quarry's office computers. SiteWatch allows operators to examine what kind of load the machine has been handling, idle time, RPMs at operating intervals, fuel consumption and more. It also generates reports for specific hours, days or even months.

"We are just now really beginning to understand exactly what [SiteWatch] could do," said crew leader Billy Buchanan. "If we had a whole fleet of equipment, you could watch the whole fleet from your desktop and from your computer."

The quarry and Hills have a three-year pro service agreement that places responsibility on the dealer for all filter changes and regular maintenance over the span of the deal. In addition to sending a team out for repair work when necessary, Moxley said Hills is available as a resource for troubleshooting as well.

"This is our first experience with Hills Machinery, and they have exceeded our expectations as far as service from them on their side," Buchanan said. "So, we are very satisfied with the guys at Hills. It's been a very positive relationship so far and we are looking forward to developing that even further. We are glad that they are a part of our team."

"I have been very satisfied with the service and ability of Case equipment," Moxley added. CEG