Hinesburg Road Will Close for Two Months Due to Construction 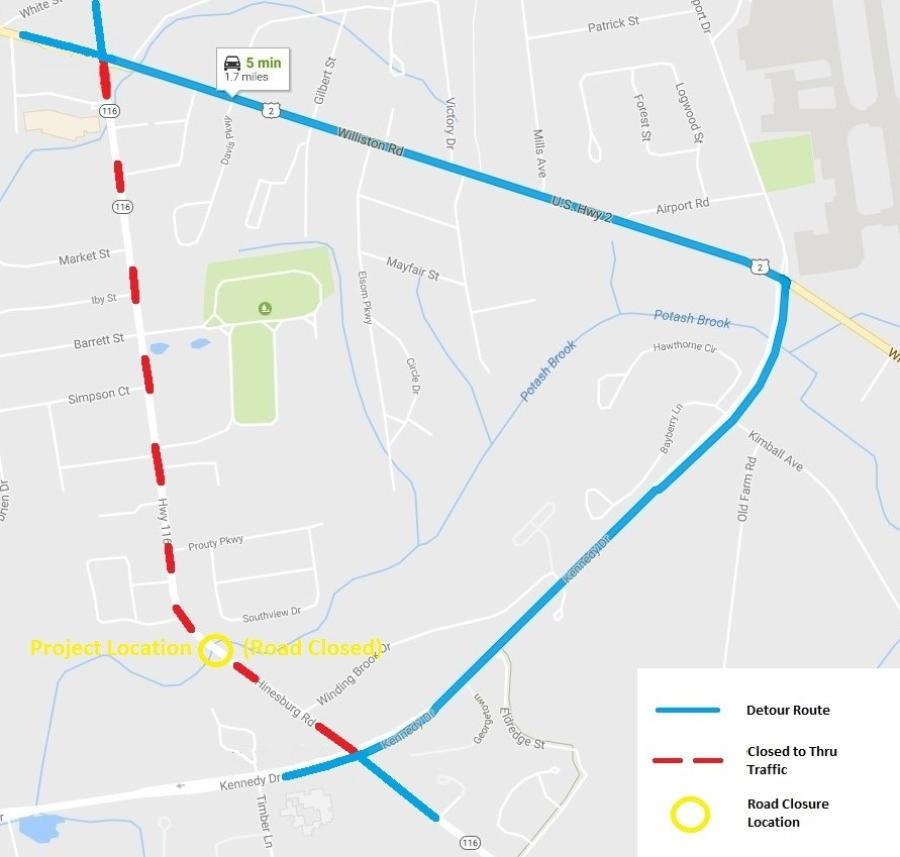 The detour route for the Hinesburg Road project. (wcax.com photo)

Drivers would normally use Market Street as a detour, but officials said it also will be under construction starting mid-June.

The Hinesburg Road project is expected to cost $1.5 million. Construction began June 5, and the project will be complete by mid-August.

Transportation officials said drivers should expect an extra five minutes on their commute.