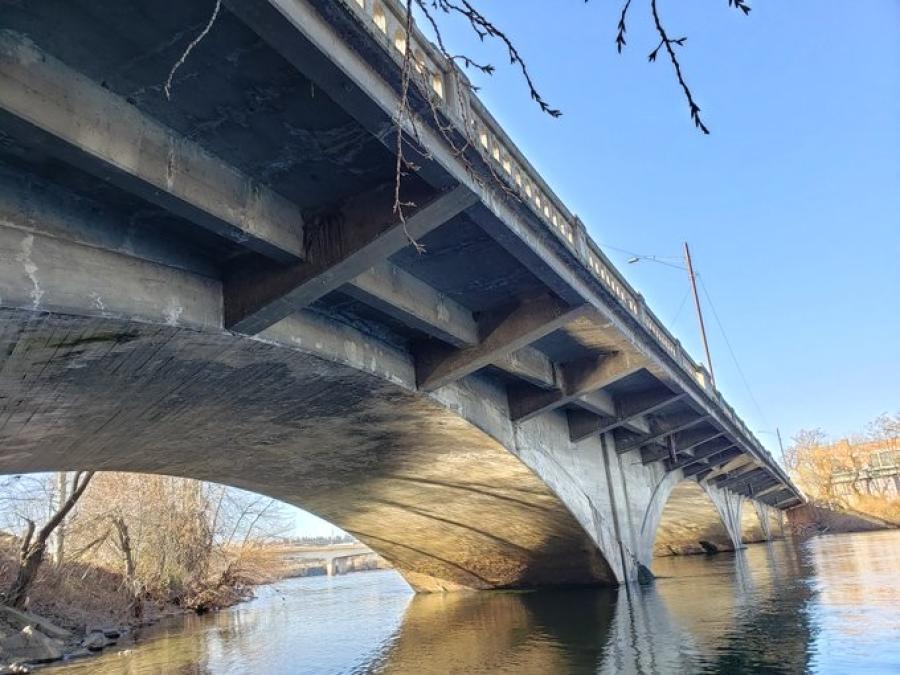 The historic East Trent Bridge, built in 1910 on State Route 290, is finally set to be demolished starting in early June.

A four-year closure begins to replace a bridge that has stood for 110 years.

The historic East Trent Bridge, built in 1910 on State Route 290, is finally set to be demolished starting in early June. Travelers are encouraged to seek alternate routes as Washington State Department of Transportation contractor crews begin to remove and replace the structure.

Bird netting has already been installed to the underside of the bridge to keep birds from nesting before the bridge's demolition. Now with water levels nearing a point where in-water work is possible, crews can begin the bridge demolition.

Starting June 1, Trent Avenue/SR 290 between Hamilton Street and North Iron Court will be closed to pedestrian, bicycle and vehicular traffic. Several detours for large trucks, light vehicles and pedestrians will be signed for the duration of the closure. The work, originally planned to begin in March, was pushed back due to COVID-19 construction restrictions. The closure of the East Trent Bridge will last until the fall of 2023. The public can sign up for email and text updates on detours and construction.

Once the bridge is completed, travelers can look forward to added bike lanes in both directions of travel, as well as a wide shared-use path on the south side of the bridge and a sidewalk for pedestrians on the north side.

The city of Spokane built the existing Luten arch style concrete bridge in 1910 to replace a wooden structure resting on wooden pilings. The new bridge was one of 12 concrete bridges built in Spokane between 1907 and 1917 and carried a double-track street car line until around 1936.