Historic Bridges Up for Sale in Missouri 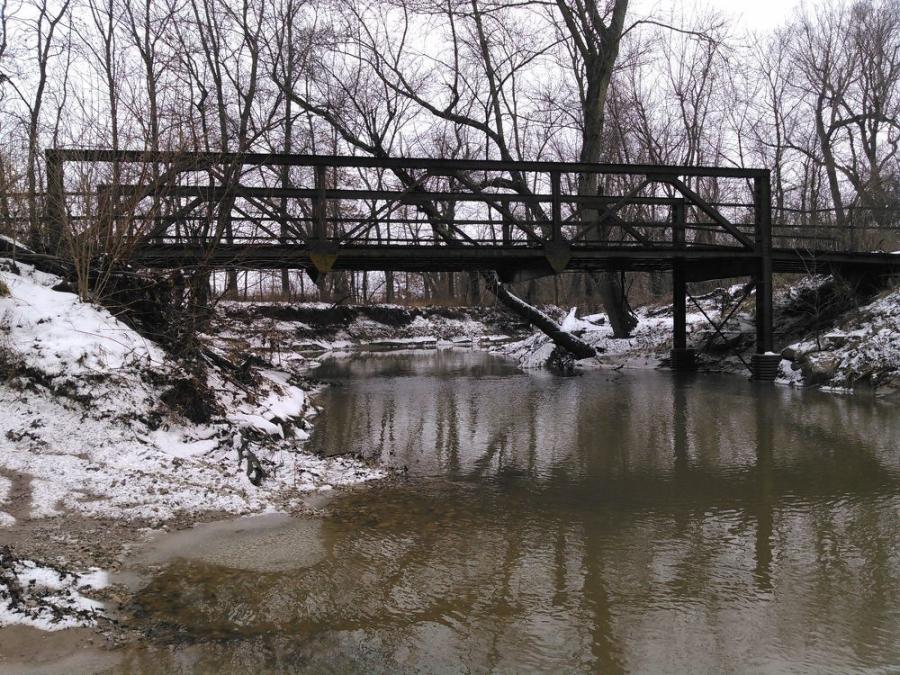 As the owner of Main Street Museum in Owensville, Mo., developer John Paul Quick has collected an assortment of antique treasures, ranging from Rudolph Valentino's 1901 Pullman car to a 50-ft. fully functioning Ferris wheel. When he heard about the Missouri Department of Transportation (MoDOT)'s free bridge giveaway, it was an offer he couldn't refuse.

"I'm mostly interested in the Ripley 142 bridge," said Quick, "because it's unique in that it's three bridges made into one, and the steel structure shows the early 20th-century architecture."

When Missouri bridge projects require the removal of historic bridges, MoDOT or its local transportation partners must make them available for use by others. According to MoDOT's website, federal law requires any state proposing demolition of a historic bridge involved in a bridge replacement project using federal funds to first make the historic bridge available for donation to a state, locality or responsible private entity, provided the recipient agrees to maintain the bridge and the features giving it historic significance. 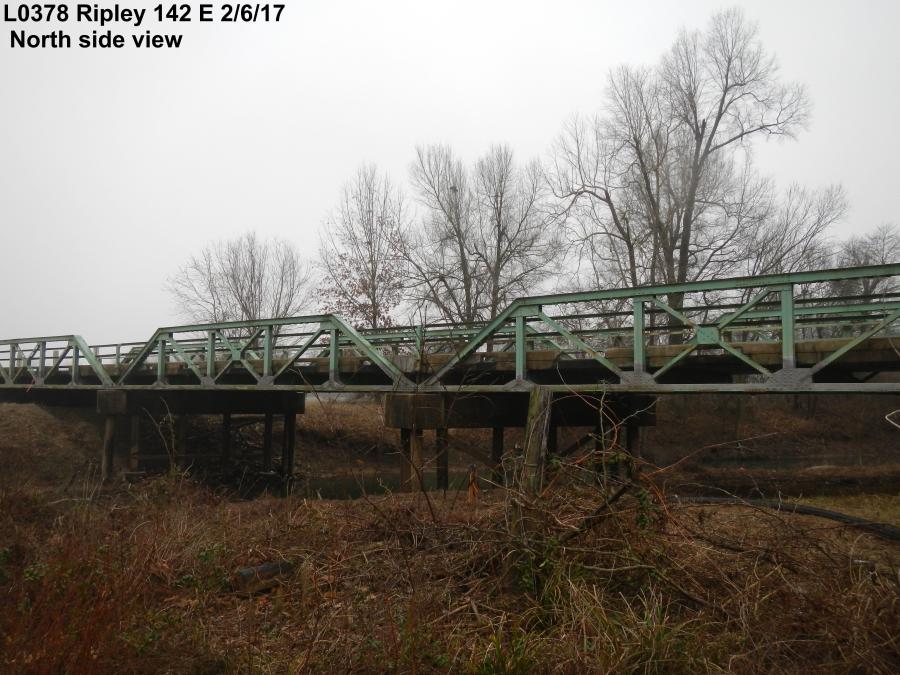 The Little Black River Bridge in Ripley County was deemed eligible for the National Register of Historic Places as the only surviving multi-span Pratt pony truss on the state highway system. It's also an example of how bridges were reused on the supplementary system when the primary system was upgraded.

According to Quick, the estimated cost to move the bridge would be $40,000, IF he's granted approval.

"My construction company, along with King Construction from Bourbon, Mo., will be handling the deconstruction of the bridge, to include breaking the bridge down to six smaller sections to make transporting possible, loading the sections onto six tractor trailers and shipping them. Equipment to deconstruct the bridge would include a Loadall, track hoe and crane. We anticipate this process taking one week to complete.

"Relocating the bridge will be the easiest part of the process," said Quick. "Once it's placed on the tractor trailers, the sections will be transported to Owensville. The bridge will be placed as a crossover to a 15-acre lake that sits between the driveway and the museum."

Karen Daniels, MoDOT's senior historic preservation specialist, said MoDOT has made eligible bridges available for reuse since 1987. She noted that historic bridges are rapidly disappearing, and every effort should be made to help preserve important parts of American history.

"People are aware that buildings are historically significant, but bridges, especially those they are driving over, are easily overlooked. By making historic bridges available for reuse, we educate the public about their significance, and about historic bridges generally."

A checklist is offered online by MoDOT, for anyone interested in drafting a proposal for a free bridge. 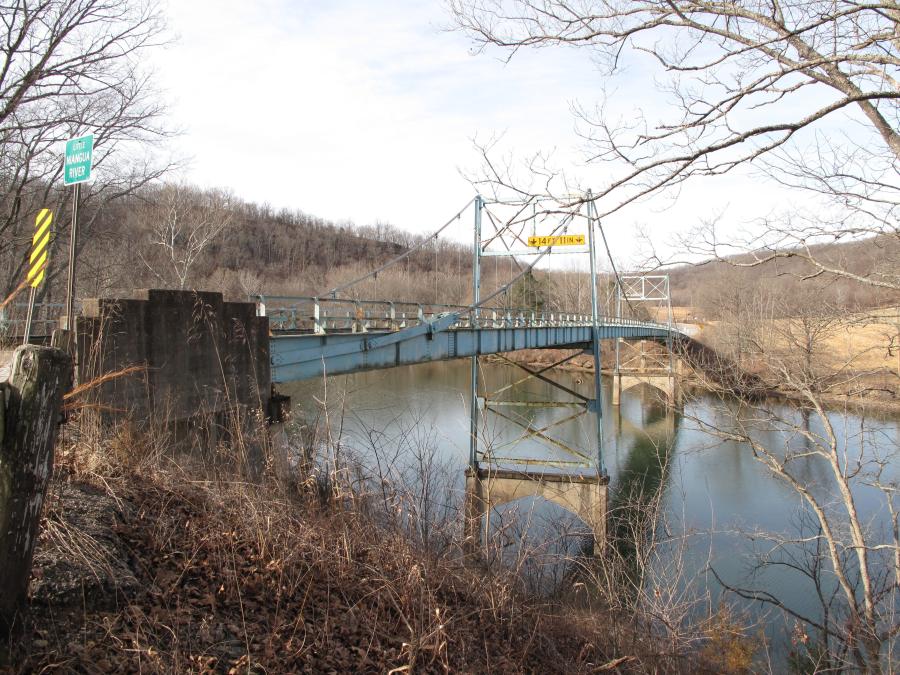 "We want to know what the bridge will be used for, how much it will cost to relocate the bridge and rehabilitate it for that use, as well as how they intend to get the bridge between locations, what they anticipate annual maintenance to be and how long they anticipate it will take," said Daniels. "Once we have what we need, MoDOT, the State Historic Preservation Office and Federal Highway Administration review the proposal to determine if we think it's a good way to preserve the bridge, and if the proposal meets the preservation intention of the statute.

"If it does, we send a letter saying they will receive the bridge, and the project manager will start negotiating a transfer agreement with the group. The process can take about six months, which is why we start marketing early, and request proposals six to twelve months before our projects are let, to give us time to finish everything we need to do."

As for the work involved moving bridges, "Smaller pin-connected truss bridges and small rigid-connected bridges are the easiest to relocate, because they can either be partially disassembled or they can be transported without needing special permits. Large bridges, like the Blue River Bridge, need to be cut into segments, or have rivets removed, which is costly, and then be repaired when re-erected. Some bridges, like concrete arches, cannot be relocated, and can only be made available for preservation in place."

Lonetta Bartell, president of Green's Mill Historical Bridge Inc., is hoping her group will be allowed to preserve the Little Niangua River Bridge in Camden County, Mo. The structure, also known as Green's Mill Bridge, serves as a nationally significant example of a self-anchored suspension bridge, carrying Route J across the Little Niangua River. It is 519 ft. 10.5 in. long, with one 70 ft. steel girder approach span. The substructure consists of one "U" abutment, one open abutment, two piers and one bent.

"After I found out the bridge was slated to be demolished," said Bartell, "I notified Daphne Jefferies, the president of the Camden County Historical Society, and asked if there was anything we could do to save it."

They also did their research. 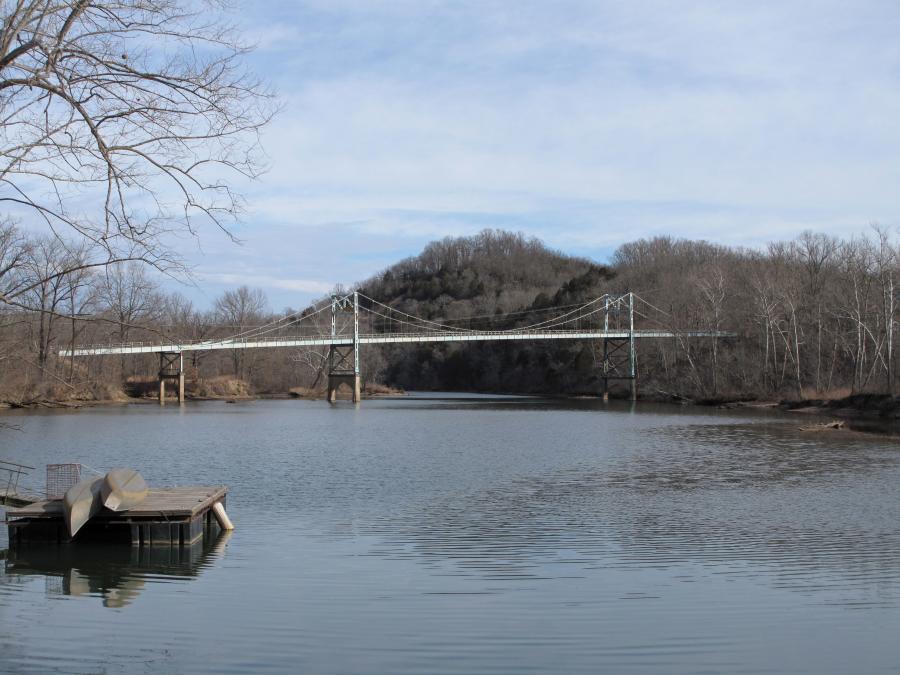 "Camden County and Missouri Highway Department consulted with John A. Roebling's and Sons Company of Trenton, N.J., on the use of the cables," said Bartell. "John A. Roebling is noted for construction of many suspension bridges. The one most noted to us is the Brooklyn Bridge. The Green's Mill Historical Bridge is the fourth and last self-anchored suspension bridge built in America, and ranks among Missouri's most important early highway bridges."

If a deal is reached, the group must first provide liability insurance.

"Then we would concentrate on, while maintaining the integrity of this historical bridge, a design that would be handicap-accessible with a pet-friendly environment. We are planning a parking lot and courtyard, and covering a portion of the decking with timbers, so there would be safe places to set tables and chairs to be used during events.

"We are a new organization, so we need to raise the initial $87,000 before MODOT will award us an estimated $207,000 in a trust for future maintenance," said Bartell. "We have established a six-year financial plan for $1.1 million. We have held local fundraising events, such as a golf tournament, paint night, trivia night, along with selling t-shirts, caps and books. Pavers will be sold as memorials. We have individuals who have indicated their willingness to underwrite some of the continuing costs inherent in a project of this magnitude."

Based on figures from MoDOT and other sources, maintaining the bridge could cost $12,000 per year, according to Bartell. As a not-for-profit corporation, Green's Mill Historical Bridge Inc. would seek donations of materials and labor from local businesses.

As for the need to preserve this and other historic bridges, said Bartell, "Once historical landmarks are destroyed, you can't get them back. It's up to us to preserve bridge building and education for future generations to learn from."

For her, saving the bridge is personal.

"My mother's family was one of the thousands that were forced to move off the river when Bagnell Dam was built. Even though I was raised in the heartland of Kansas, my family traveled many times to the Ozarks to vacation. We camped at the campground just down river from this bridge, and spent many hours swimming and fishing.

"Mom would take us to the bridge where we would walk across it, while listening intently to her telling of times gone by, her childhood and what life was like living along the banks of the Little Niangua River. I'm currently living less than a mile on the very land that my ancestors developed in 1833." 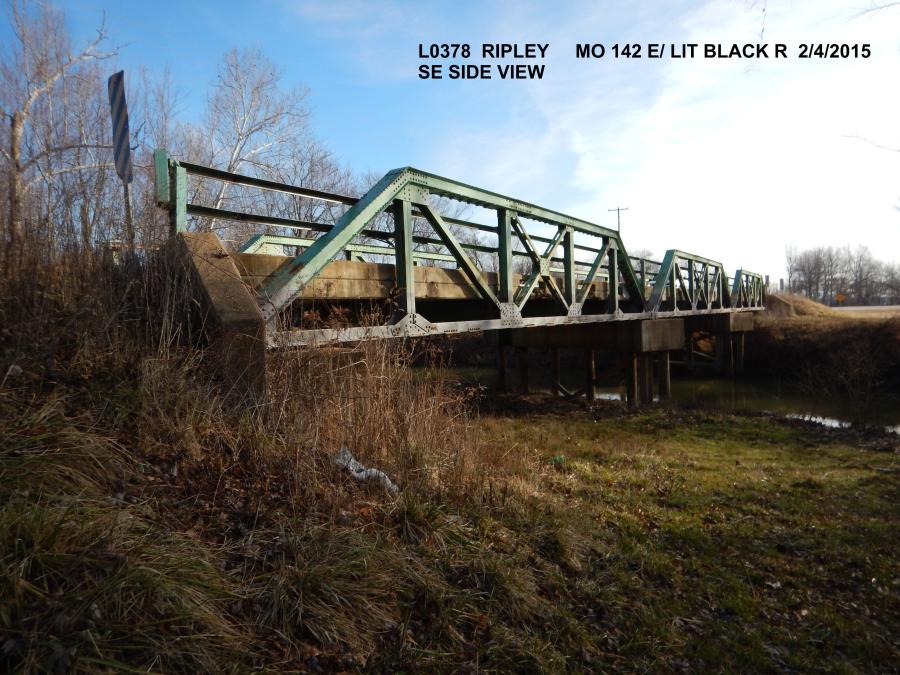 "We were told, the last time we checked on the bridge, that it had been hit by a road grader, making it unusable for local traffic. We made a site visit to the location and determined we could no longer repurpose the bridge and began searching for another opportunity. It's disappointing from the aspect of the historical significance of that bridge, as it had been stamped by Carnegie Steel, and was a pony truss designed bridge with a lot of character. It also met our expectations for the size of the bridge.

"We understand the process of maintaining a bridge, especially in the Midwest region, where we do quite a bit of work with the departments of transportation in often difficult weather transitions. We have quite a bit of knowledge of bridge architecture, and how it has changed over time. We're always looking for ways to enhance training for members of our team who work in the field. Being able to obtain an actual bridge and provide a structure where some of our painters, new to the field, can grow in the skills of abrasive blasting and painting is a true win for our company.

"Once the bridge is restored, it will be staged on company property which is located along a main entrance to our local city, Pevely, Missouri. The goal is to restore the bridge to its original state with colors representing the time period and a placard detailing the history of the bridge."

Determining a cost for the project is complicated, as it's dependent on the difficulty of taking the bridge apart without compromising its structure, determining how to get the bridge loaded for transport, establishing a means of transportation, staging the bridge on site once it's delivered, refurbishing the bridge to its original state and assembling the bridge in a new location.

"Our plan is to get recommendations from industry on the safest and most effective way to section the bridge for travel. The bridge we are now considering applying for has a wooden floor, so it would require removing the floor prior to devising a plan for the steel infrastructure. The thought is to mobilize a crane on site and set the bridge on flat beds for trucking. All this requires site visits and assistance from experts in each field."

Despite the work involved, Runzi appears ready for the challenge.

"Obtaining one of these bridges, getting it back to its original state, and preserving for the future is essentially what the company is about. To utilize the bridge as a tool for training to help people become better at their chosen career path also helps preserve our infrastructure. This bridge would serve as a landmark for our community, symbolize the abilities of our trade and preserve a historical structure for the state of Missouri." CEG