Historic Building to Be Demolished 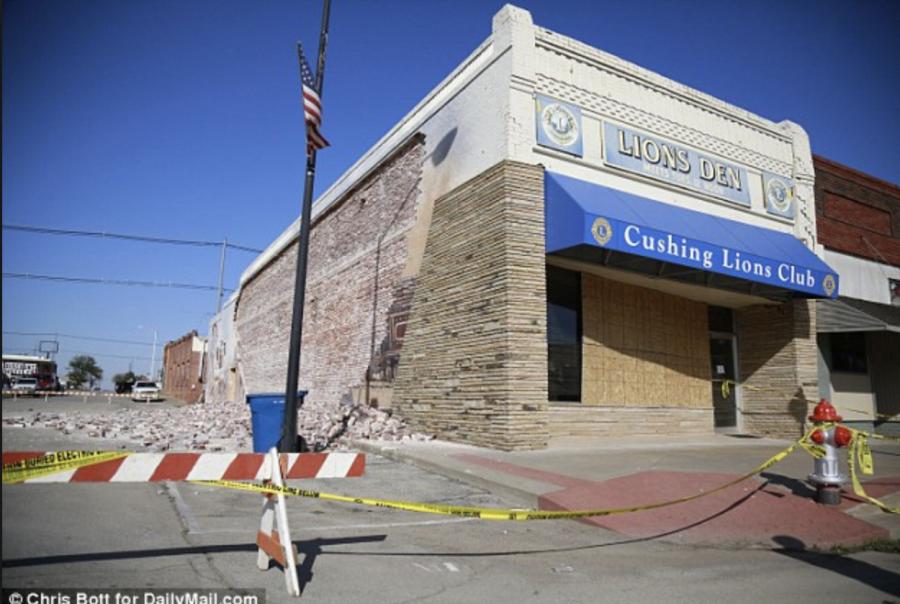 The 1920s Cushing Lion's Den was damaged but remained standing after the 5.0 earthquake hit a few miles outside Cushing

Officials have decided to demolish a nearly century-old building in Cushing after its front facade collapsed, about four months after it was damaged during an earthquake.

The 1920s Cushing Lion's Den was damaged but remained standing after the 5.0 earthquake hit a few miles outside Cushing and damaged some of the city's downtown area in November, the Stillwater News Press reported.

The building's side brick veneer began to bulge and peel away shortly after the quake, and most of it was later removed. Lions Club president Lou Griffin said the club hasn't occupied the building since November after a structural engineer warned it wasn't safe.

Club members salvaged plaques, photos and a large statue of a lion that represent their club history.

But after the building's front facade collapsed on March 14, its demolition fate was sealed.

The Lions Club aims to take down the building as soon as possible to keep residents safe and prevent further damage. The club lacks funding but is hoping to demolish the building for a low price.