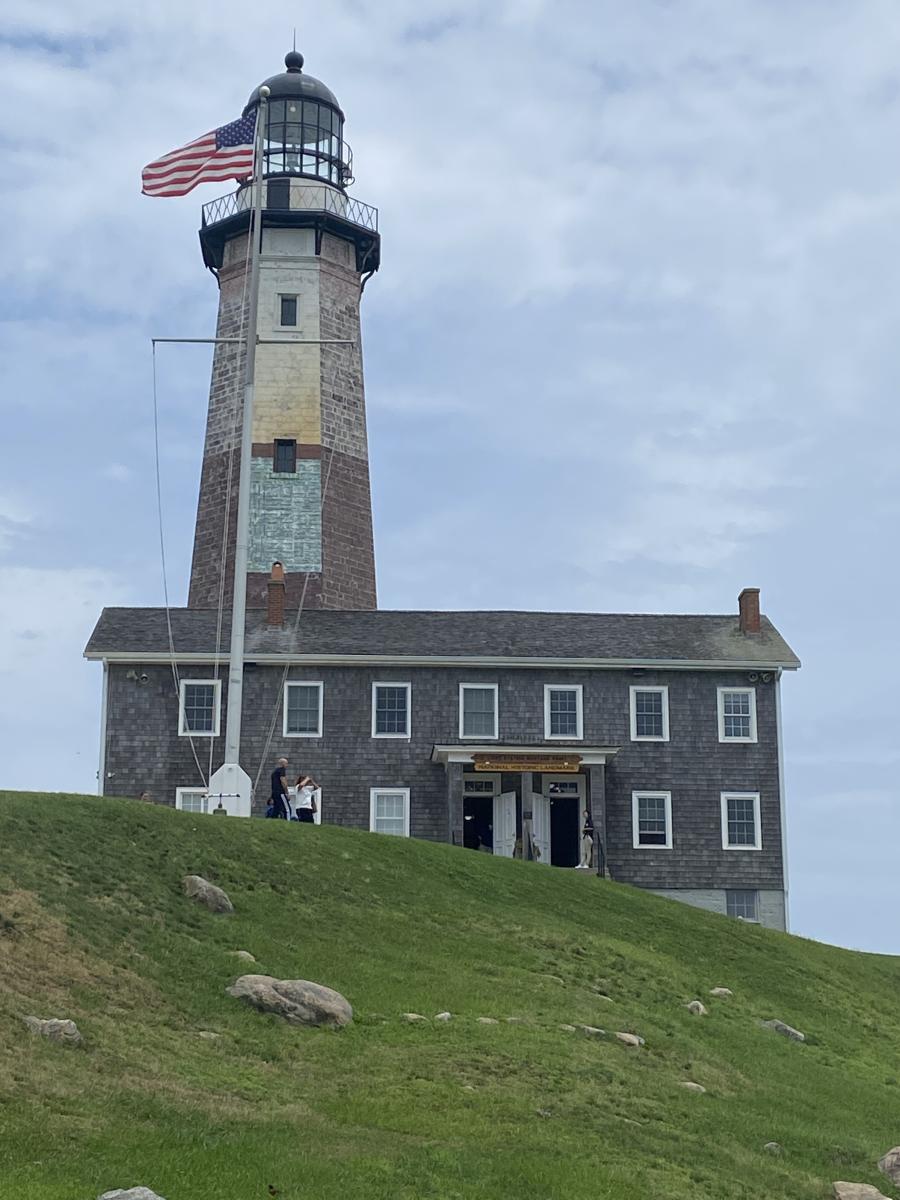 The tower restoration project was undertaken in 2019, after structural and engineering reports suggested that extreme weather conditions were taking a severe toll on the iconic 1796 building.

The Montauk Point Lighthouse, in Montauk, N.Y., will expand the scope of its tower restoration project due to an outpouring of donations and grants, which has exceeded initial fundraising goals.

"We have been overwhelmed by the support of businesses and individuals in the community — and beyond," said Nick Racanelli, board member of the Montauk Historical Society (MHS), the nonprofit organization that owns the lighthouse, and chair of its Capital Campaign Committee.

"People all over Long Island feel such a strong connection to our historic lighthouse, and they want to help to preserve it."

The tower restoration project was undertaken in 2019, after structural and engineering reports suggested that extreme weather conditions were taking a severe toll on the iconic 1796 building.

"The integrity of the tower was still intact, but the engineers worried that it was under imminent threat," said Dick White, treasurer of the board and chair of the Lighthouse Committee. "We take our stewardship of the lighthouse very seriously, and knew we had to act immediately to avoid irreversible damage."

Initial estimates for the project came in at between $3,000,000 and $5,000,000, proposing solutions that ranged from massive replacement of stone to rebuilding the entire structure. But MHS Board Members Nick Racanelli and Dave Webb, both construction experts, devised a manageable three-phase project that will cost an estimated $1,300,000 and will correct the problems, repair the damage, and make the lighthouse sound for many years to come.

"Once we analyzed the engineering and structural reports, we saw a clear way forward. It saves us a ton of money, while solving all the problems," said Racanelli. "But $1.3 million is still a huge capital expense. The lighthouse had never run a capital campaign before, and we had no idea what to expect. It didn't help that COVID hit just as we were getting started, and everybody was nervous about the future."

Fortunately, support came early, in the form of a $438,500 grant from New York State, written by MHS Board President Stephanie Krusa.

Bridgehampton National Bank came through with a $50,000 pledge, and soon other individual and corporate donors began to step up.

MHS was almost halfway to its $1.3 million goal this spring when three massive gifts changed the face of its capital campaign. These were a lead corporate gift of $250,000 from Northwell Health, a lead personal pledge of $100,000 from Sarah and Maurice Iudicone, and a grant from the Robert David Lion Gardiner Foundation in the amount of $390,700.

To thank its generous benefactors, MHS held a cocktail party at Gurney's Star Island on July 14, which was entirely underwritten by that venue. Steve Bello, eastern regional director of Northwell Health, and Kathryn M. Curran, executive director of the R. D. L. Gar-diner Foundation, both took the podium to say how pleased they were to be in a position to help preserve the lighthouse, which is such an iconic symbol of Long Island.

Andrew Sabin, whose family foundation had already donated $10,000 to the restoration project, stepped forward at the cocktail party to offer a challenge grant, saying he would match all donations made that evening to a total of $100,000. This was immediately taken up by Sarah and Maurice Iudicone, who added $50,000 to their initial pledge; Karen Legotte Langdon, who wrote a check for $10,000; and several other generous attendees also reached for their wallets.

"Suddenly we were up to about $1.6 million, and we realized that if we could just raise another $300,000, we'd be in a position to restore the exterior of the 1860 Keeper's Residence, which houses our museum," said Dick White. "We've always wanted to take it back to the way it looked when the Coast Guard was running it, with white siding and a red roof, but we never had the funds."

"This is a dream come true for everybody who loves the lighthouse," said Racanelli. "And judging from all these generous donations, that seems to be just about everybody."