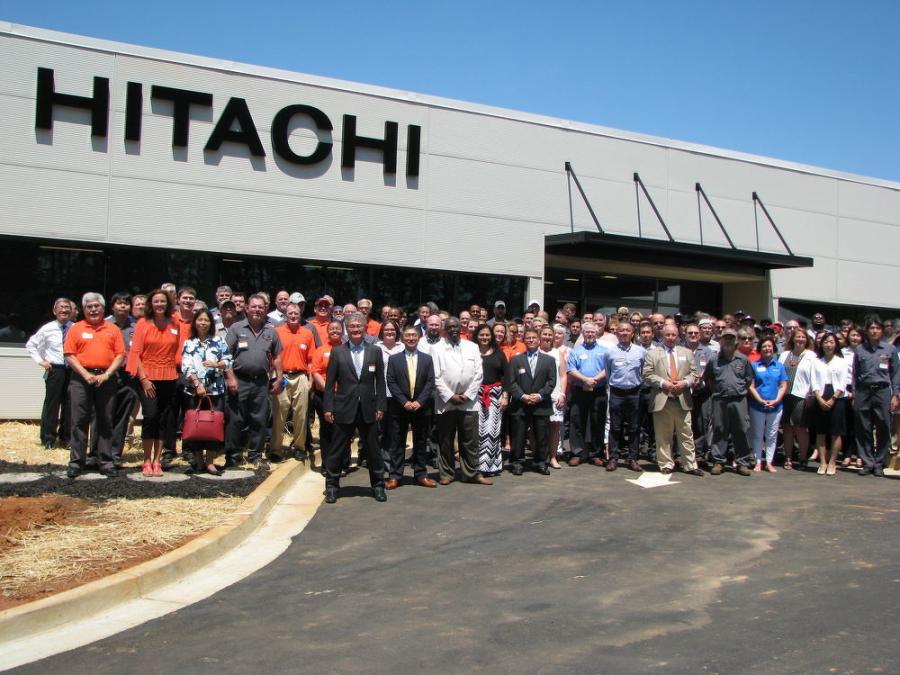 Less than 18 months after moving the corporate headquarters of Hitachi Construction Machinery Loaders America Inc. from Kennesaw, Ga., to Newnan, Ga., the company has now completed the relocation process by moving its parts and remanufacturing operations to the corporate campus.

Commemorating the grand opening of both divisions, employees were joined by corporate representatives from Hitachi Construction Machinery in Japan and held an official ribbon cutting on Oct. 30. Being a rainy windy day in Georgia, the festivities were pushed indoors and staffers enjoyed the ceremony in the training workshop area.

Next door to this now complete corporate campus, which includes both parts and remanufacturing facilities now, the Hitachi wheel loader assembly plant has been running strong for more than 32 years at this location in Newnan and is seeing 2019 as one of their most robust years for new product introductions.

The entire Hitachi staff were pleased to have everything combined on one corporate campus. During the ceremonies, parts manager Carmine Dionisio stated, "We are excited to complete this final step to ensure superior parts service and truly become ‘One Hitachi.'"

The overall capabilities of Hitachi remanufacturing are expected to be greatly enhanced by the relocation to Newnan and hints of bigger things were in the air during the event. "Remanufacturing has surpassed expectations in the move from Kennesaw to Newnan," said Gregg French, rebuild and service operations manager. "We have completed the transition and are fully operational."

Al Quinn, managing director of Hitachi Construction Machinery Loaders America Inc., was proud to introduce the special guests and was equally proud of what the company has achieved in the last year and a half.

"We are extremely pleased to have all HCMA operations consolidated and located on our campus in Newnan, Ga.," stated Quinn. "Since moving the sales operation about 1 year ago, we have seen significant improvements in internal communications and teamwork. I'm sure we will see more of the same with the parts and rebuild joining us. It's great to implement this next step in the development of HCMA in North America. Seeing all the operations work together helps to demonstrate our commitment and investment in the North American Market." CEG 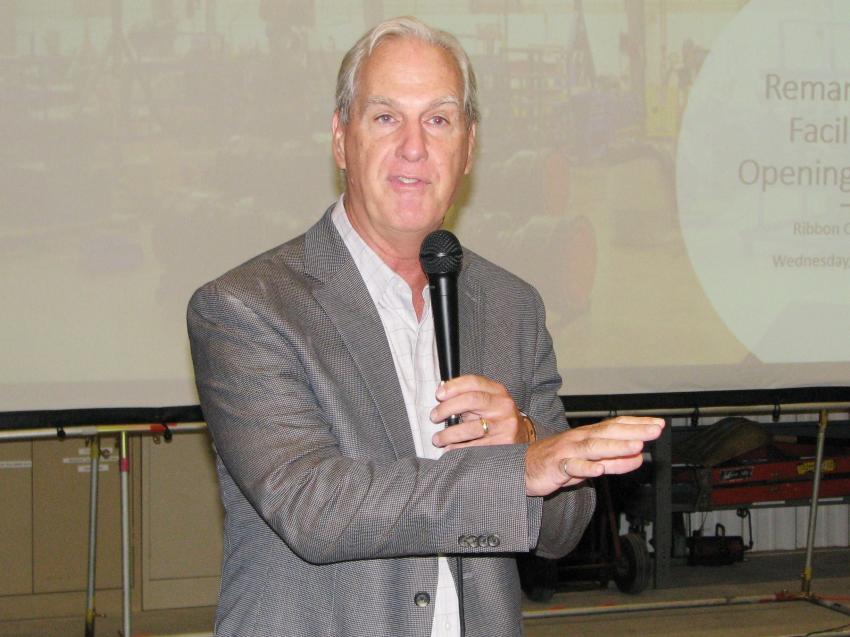 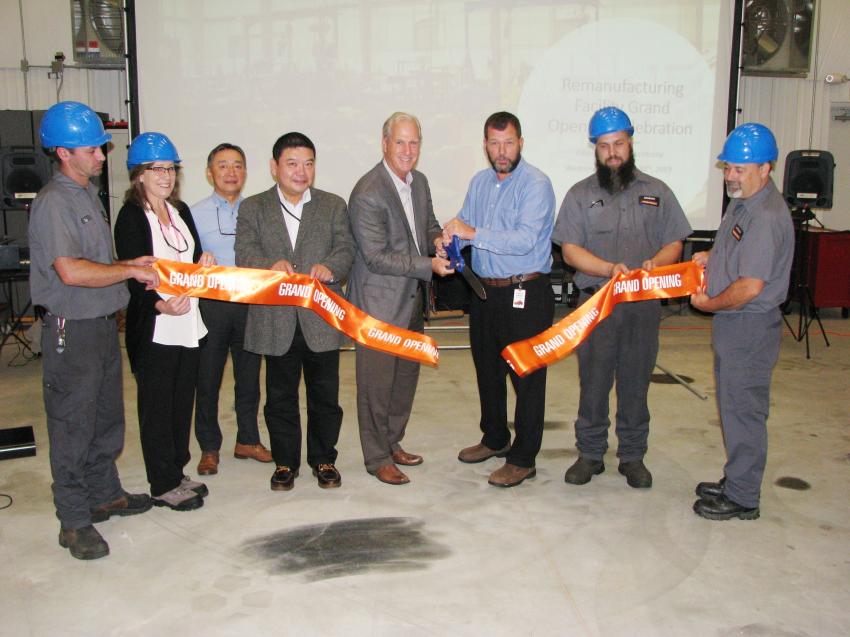 Al Quinn and Gregg French share the big scissors and cut the ribbon for the opening of the new remanufacturing facility. 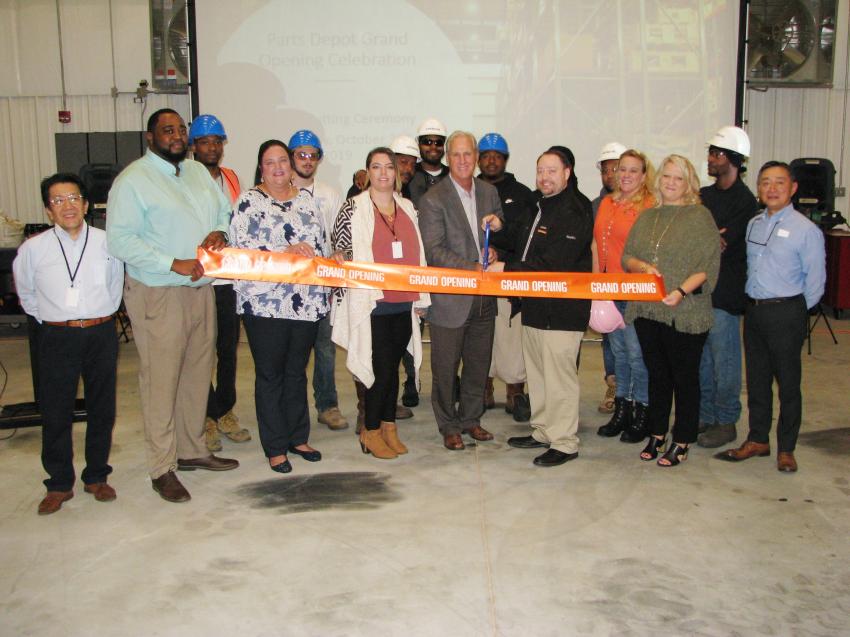 Brian Borders and his parts warehouse team step to the stage for their ribbon-cutting ceremony. 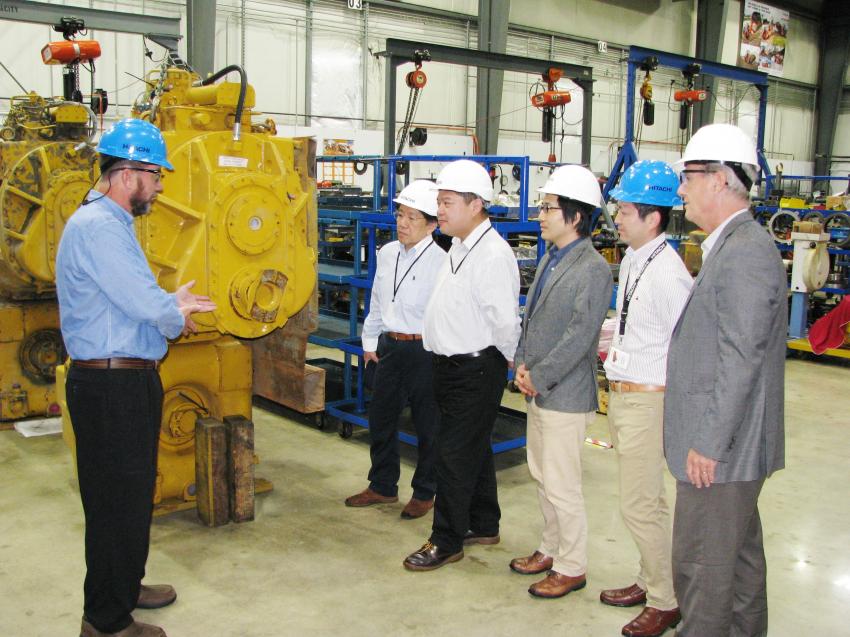 Gregg French (L), rebuild and service operations manager, provides an overview of some of his departments rebuild capabilities with his special guests. 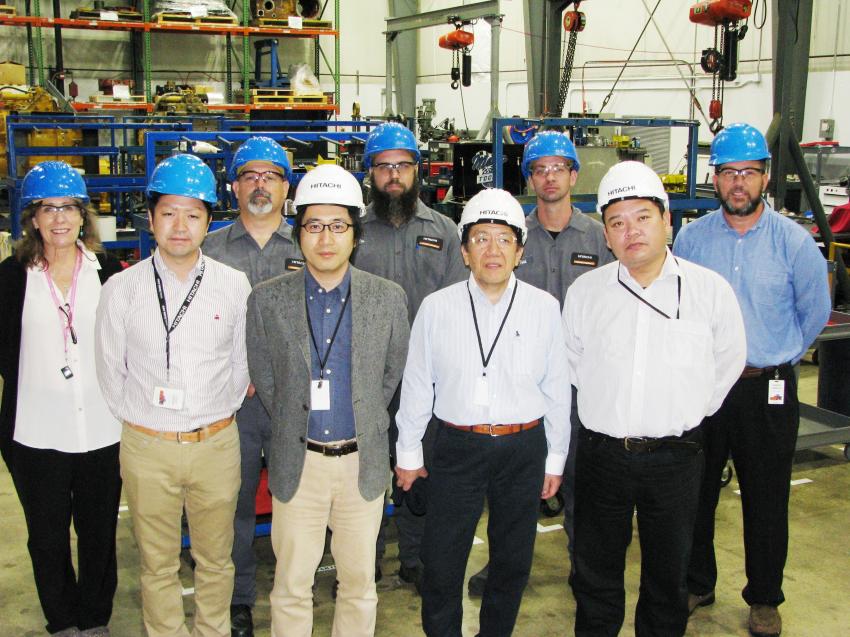 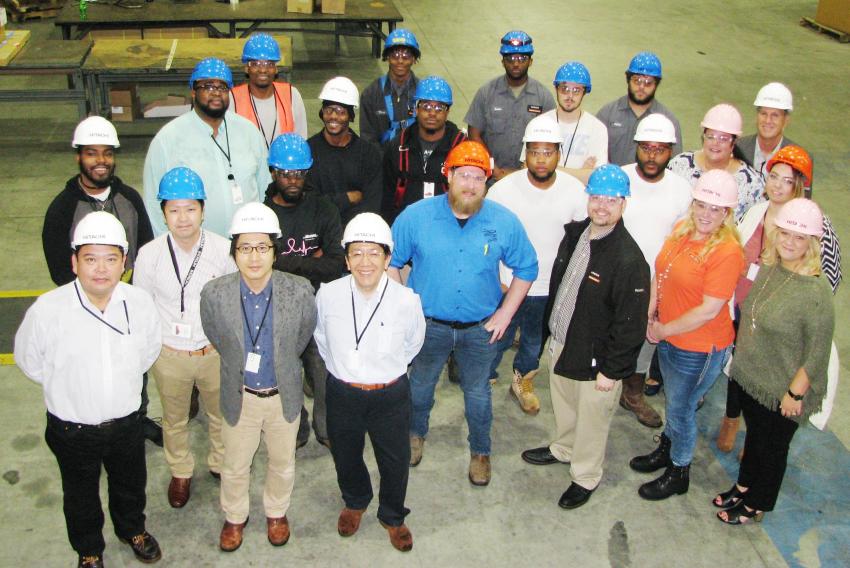 The parts depot staff assembles for a photograph before getting back to work on filling orders. 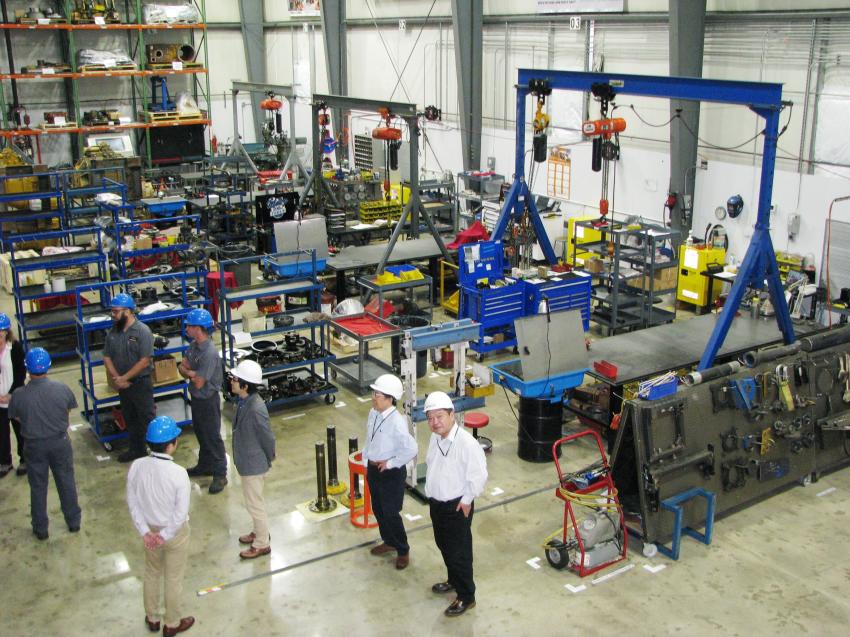 An overhead view of the larger Newnan, Ga., remanufacturing facility. 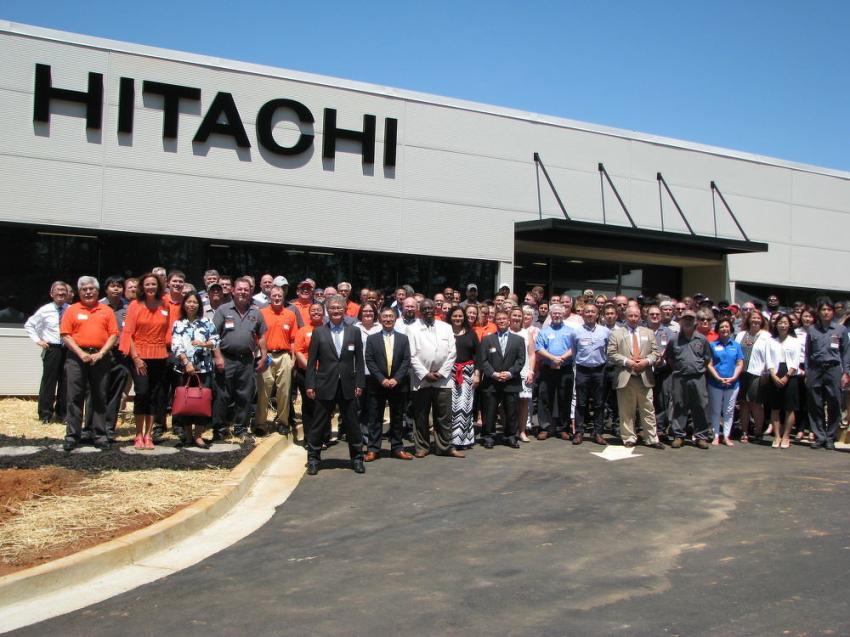