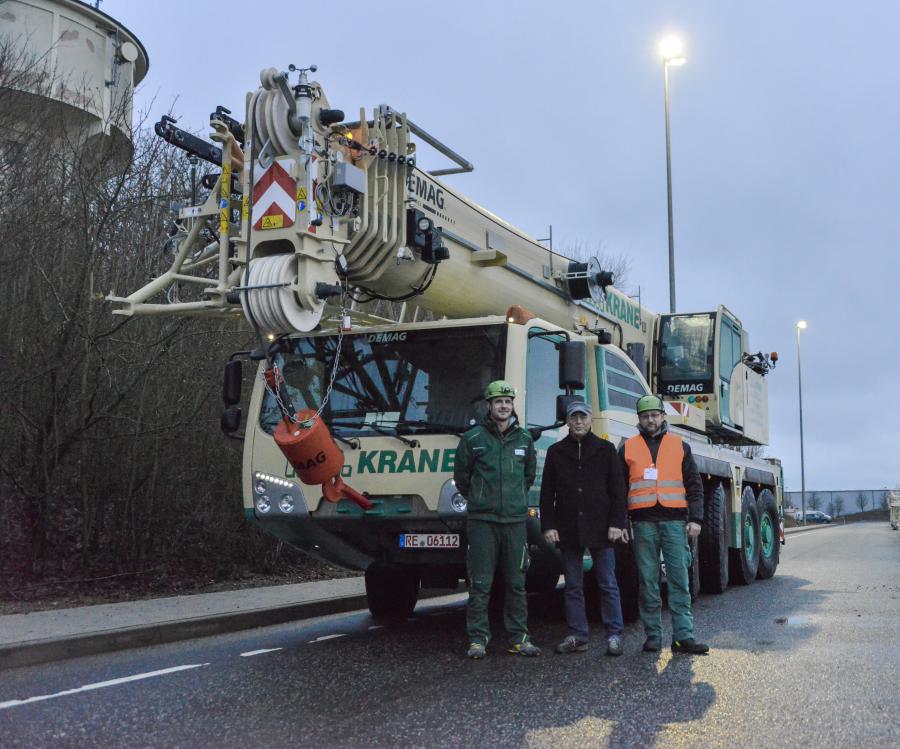 (L-R) are Phillip Hinze, Herbert Nadolny and Johannes Astecker, all of H.N. Krane.

Herbert Nadolny, managing director of H.N. Krane from Groß Schwaß near Rostock, and his two crane operators, Phillip Hinze and Johannes Astecker,picked up their brand-new Demag AC 130-5 all terrain crane in Zweibrücken. The crane was handed over by Terex Cranes Senior Sales Manager Christian Kassner and his colleague, Sales Manager Ulrich Wagner.

"We chose the AC 130-5 because of the high quality of Demag products," said Nadolny. "After all, every single crane at Terex Cranes is meticulously inspected before delivery, which will have a positive effect on downtimes, among other things." 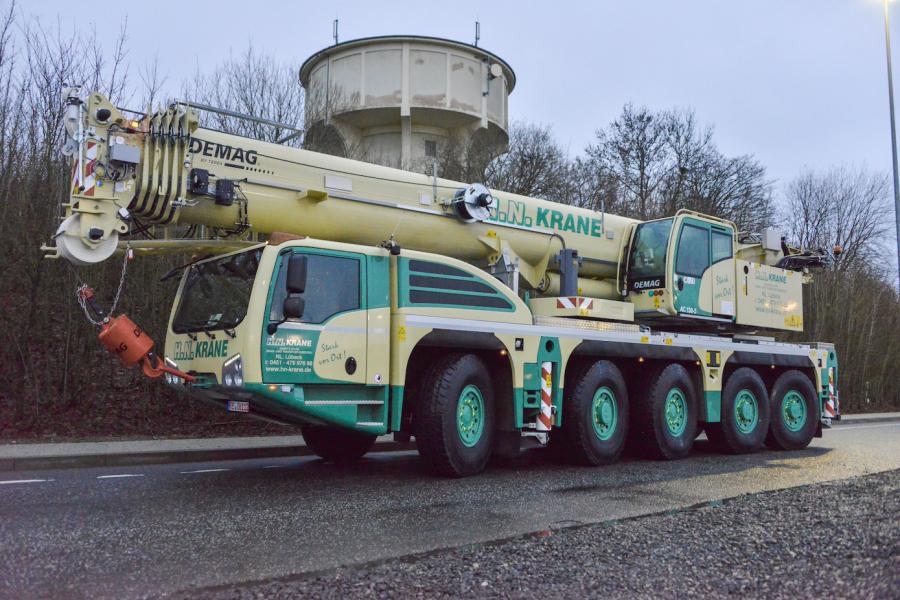 But the technical characteristics of the crane also were decisive for the purchase decision. Due to its main boom length of 197 ft. (60 m) and the maximum system length of 284 ft. (86.5 m), the Demag AC 130-5 crane is ideally suited for erecting and dismantling tower cranes; on the other hand, even with 1,102 lb. (500 kg) of payload, it remains below the axle load limit of 13 ton (12 t) which can even be reduced to 11 ton (10 t) if required — making it much easier to obtain driving permits. The two crane operators were particularly impressed by the generous space available and the clear layout of the cabs, as well as by the IC-1 Plus control system with its clearly arranged monitor display.

Since its foundation in 1993, H.N. Krane, headquartered in Groß Schwaß near Rostock, has developed into an efficient, medium-sized service provider in the mobile crane and heavy load transport sector. H.N. Krane operates a total of nine branches in Mecklenburg-West Pomerania, Schleswig-Holstein and Hamburg.

In the area of crane services, the company has a modern fleet of vehicles with operating equipment ranging from 33 to 826 ton (30 to 750 t) lifting capacity. The transport vehicles include trucks with semi low-loaders, low-beds and loading arms for payloads up to 88 ton (80 t). The scope of the company's services ranges from project planning to implementation, including the organization of all necessary permits to transport and transport escort.