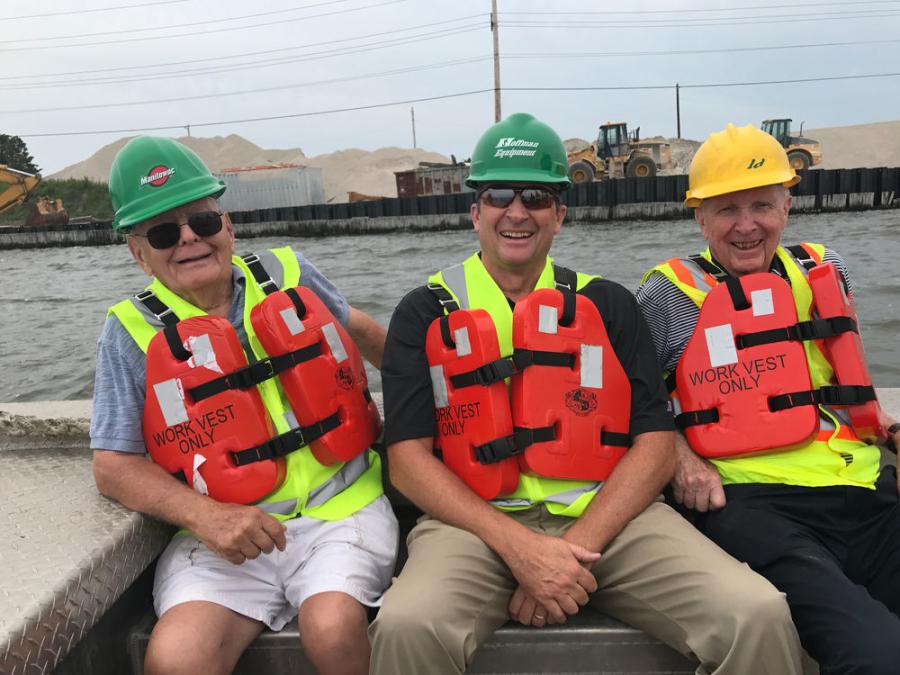 Woodrow Wilson was president. Prohibition began. The League of Nations was established. Pancho Villa surrendered in Mexico, U.S. women officially won the right to vote and funding for the construction of a new tunnel into New York City was approved that we know today as the Holland Tunnel. An interesting year, indeed.

Oh, and there was another significant event: William and Harry Hoffman started a roofing business in Belleville, N.Y. One hundred years later, the Hoffman company is thriving, having passed through a century of change inside and outside the firm. It begins its second hundred years under the banner of Hoffman Equipment, the widely recognized distributor in the Northeast United States of leading brands of construction equipment.

Could the venerable company possibly survive for another 100 years, withstanding the gales of change that periodically blow across the business world? Company CEO and President Tim Watters is convinced that it will. "I'd bet the whole enchilada on it," he asserted

When the brothers Hoffman shed their U.S. Marine Corps uniforms at the end of World War I and looked for work, they soon decided their future lay in roofing homes and businesses in and around Belleville, N.J. What separated their little roofing enterprise from competing outfits was that they hauled their shingles in a pickup truck. It probably was a light delivery model, a Chevrolet perhaps, which was no more than a car chassis with beefed-up rear springs.

The little truck was hardly a major transport vehicle, in other words, but it was quicker and a more convenient hauler than the horse-drawn wagons of other roofers, who soon started asking the brothers to carry their shingles to job sites, too. Thus did the Hoffman enterprise take its first detour, giving up shingling in favor of trucking. A pattern of changing with the times had begun.

In the second year of commercial hauling, the brothers bought a second truck. Watters recalled a story about those early days when Harry Hoffman, his grandfather, conspired with brother, William, to keep both trucks hauling

"Whatever licensing was involved then, they had two trucks but only one set of plates. They ended up putting one plate on one truck and one on the other. Or something."

This is called ingenuity. It also is called risk-taking, a characteristic evident in decision-making throughout the company's history. The thrust of the company's focus has zigged and zagged through the years, its product line and services changing as needed, usually in anticipation of a foreboding shift in future business activity. The word for that is visionary, the ability to foresee the implications of coming changes and adjusting accordingly.

This is why Hoffman Motor Transport shifted gears in 1935, midway through the Depression. After the brothers began losing key accounts during that doleful economic period, they sold their fleet of 35 freight delivery trucks and bought several large tractor-trailer rigs for hauling oversized industrial components. They found success there. When Harry Hoffman subsequently was exposed to handling of heavy equipment during service in World War II, he returned home advocating another shift — adding the service of heavy and specialized rigging, the safe lifting of oversized and heavy objects.

Over the next 15 years, Hoffman Rigging and Crane grew its equipment inventory to more than a million dollars, including 40 heavy trucks and trailers and 11 cranes, the largest a 55-ton Caterpillar model. The rigs worked up and down the East Coast with occasional forays into other states east of the Mississippi River.

When William Hoffman died in 1957, Harry carried on, bringing in his son, Jim. Three years after that, William died and Jim Hoffman became full owner of the company. He led it through two decades of growth, tacking this way and that as needed. Hoffman Rigging and Crane feasted on the rising fortunes of industries and moved on when fortunes waned.

An example of this was the mid-1960s when containerized ocean shipping came in vogue. Already a skilled lifting specialist, Hoffman took its experience to New Jersey's Port Newark to serve that specialty market. It procured 200-ton and 300-ton mobile container-lifting cranes and began stevedoring for vessels docking there. While that segment of Hoffman's business bloomed, it fairly quickly dried up when stationary cranes became the preferred offloading and loading standard.

So, Jim Hoffman cast his eyes toward another burgeoning industry — nuclear power plant construction. Hoffman rigs geared up and worked on a slew of the facilities then being built, hauling the plants' huge generators, reactor hardware and other components to construction sites and lifting them into place. When that industry began to slow down — before virtually stopping in 1979 after a reactor at a Pennsylvania plant partially melted down — the company fortuitously changed direction once more.

Jim Hoffman retired at that time and Joe Watters and Bill Hoffman — co-founder William Hoffman's son — purchased the company. Looking for a fresh start, the new owners took the company completely out of trucking and rigging, buying a Fiat-Allis and P&H crane dealership and becoming Hoffman Equipment. This breathtaking departure from the company's heritage may have been the firm's ultimate risk-taking.

To say it's worked out is an understatement. The trucking company of 70 years ago doing $400,000 in business volume annually has grown to a consortium of dealerships doing $140 million in business in 2019. Changing and growing seems to be in the DNA.

Asked if he inherited the Hoffman risk-taking gene, Tim Watters conceded that may be the case.

"Probably, probably. We bought a company a little over a year ago that actually was bigger than we were," he said, referring to the acquisition of a series of Volvo construction equipment dealerships and marketing territories. "I think I sweated it some."

The question is, has Hoffman Equipment finished with its evolution? Watters isn't so sure.

"If you had asked my grandfather in 1959 if the company was going to evolve further, he probably would have said ‘no.' Today, I don't see it evolving into something else, but I wouldn't say it won't. No one knows what the future will bring."