Homebuilder Accused of Leaving Piles of Debris for Months

A video shows a lot filled with debris, rotting wood and construction materials - which have been there for seven months. 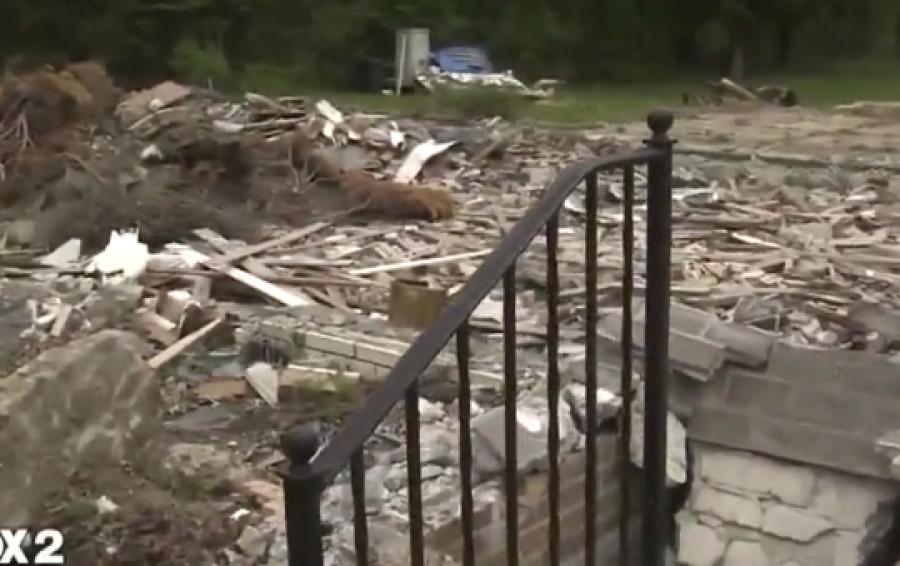 Image courtesy of FOX2. Detroit News affiliate FOX2 is reporting that a local builder known for putting up million-dollar homes is to blame for a lot filled with debris, rotting wood and construction materials

Detroit News affiliate FOX2 is reporting that a local builder known for putting up million-dollar homes is to blame for a lot filled with debris, rotting wood and construction materials - which have been there for months.

"If they're not going to build on it, try at least to clean up the lot," said neighbor Dennis Fox.

Living in this neighborhood 30 years, Dennis Fox says he's had to look at this huge mess for seven months now. A company called PRM Custom Builders demolished this house back in October.

"And they just dumped the debris into the basement," Fox said.

Wood, bricks and garbage piled up.

"They're storing dumpsters, construction equipment, building materials left out in the rain rotting in the yard," Fox said.

It is not only an eyesore, but a hazard for the young children in the neighborhood. Dennis says he's called the village and the builder dozens of times with no answers.

But, as the grass had grown knee high he threatened to call Fox 2, then...

"Surprise," he said. "Someone came out and mowed the lawn."

Fox says not only has the builder not done anything in six months on the property, the same builder is working on a house across the street. The problem is, he says they are taking all the debris (and dumping it at the first site).

"I posted on their Facebook page and their response was 'We are million dollar home builders, we improve the neighborhood.'"

"The village, they seem to let builders do whatever they want."

Fox 2 Wednesday called PRM Custom Builders, but the owner dodged FOX 2's calls - and received a "no comment," from the village's Building Department and Code Enforcement.

"They just refuse to answer any questions," Fox said.

But Village Manager Chris Wilson tells FOX 2 he was unaware the builder wasn't actively working on the site. He now plans to meet with him Thursday and give him seven days to clean this mess up or go to court.

"There is a recourse to get answers from local government, you can go to local media," Fox said. "Maybe now something will get done."