Subsidence problems were documented, and experts came to recognize the supply could not keep pace with demand. 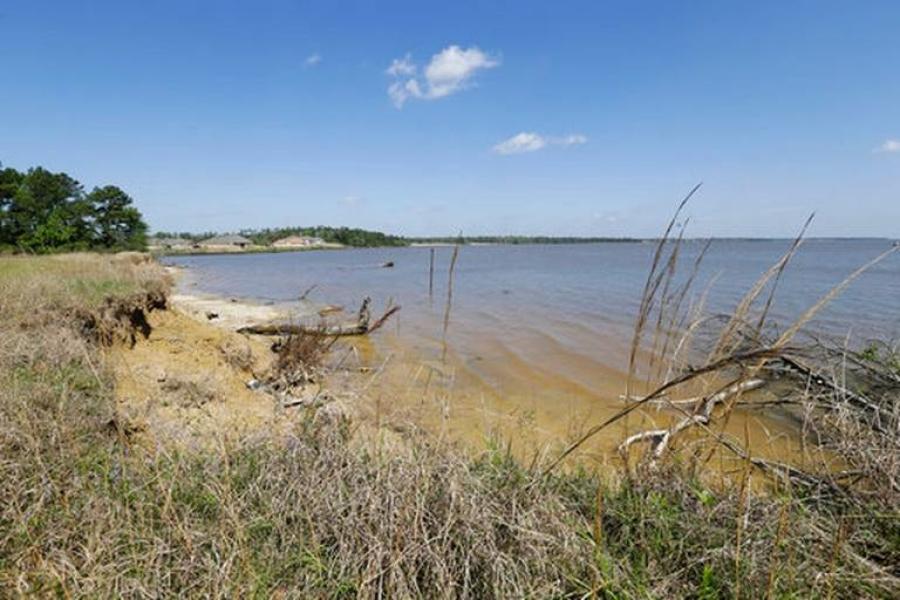 Any Houstonian who's ever stalled out in a rush-hour gully washer, swatted mosquitoes on a humid summer afternoon or hauled soggy carpet to the curb after a neighborhood flash flood will be forgiven for thinking the supply of water is one thing they needn't worry about.

The Houston Chronicle reports indeed, throughout the city's first century, the settlers and entrepreneurs who settled here tapped into generous underground stores of water to flood rice fields or run refineries. In 1939, government scientists reassured residents the local water table should be fine even if average pumpage should reach 50 million gal. daily.

But the decades kept passing, the city kept growing and the wells kept multiplying. Officials watched the level of the water underground steadily drop as daily pumpage at times exceeded 450 million gal. Regional aquifers were depleted as millions of people and businesses drilled ever deeper.

Subsidence problems were documented, and experts came to recognize the supply could not keep pace with demand.

Now, after decades of public meetings and engineering consultations, environmental-impact studies and design proposals, a solution is in the works on a massive scale: a $3 billion, three-part chain of infrastructure projects to carry water more than 40 mi. westward from the Trinity River and provide a lifeline to the northern region and burgeoning suburbs from Spring to Tomball to Katy.

The undertaking involves moving water 3 mi. over a ridge and into a 23-mi. canal that will feed Lake Houston.

Due to a five-fold expansion of the water treatment plant there, the water will be pumped through 17 mi. of pipe large enough to drive a car through.

The construction and related work should employ about 2,500 people, according to estimates from the city and the builder of the canal.

“It's the biggest water project in the country right now,” said Michael Bloom, a manager at R.G. Miller Engineers. “It's a world-class project, really visible if you're in the water sphere.”

Other planners said the local project could be the largest water job under way in the world. It is bigger than any other included in a recent report on infrastructure investment authored by the international engineering firm AECOM for the U.S. Treasury.

That you probably haven't heard about it is no surprise, said Dave Rexing, a member of the American Water Works Association water utility council and development manager of the water authority serving Las Vegas. Such life-giving endeavors often are under-appreciated, he said, no matter that water “is the basis of life.”

“The infrastructure has largely become an unnoticed asset,” he said.

But this project, financed by the state of Texas' water fund, is an attention-grabber. Northwest Harris County pumps billions of gallons from underground each year.

As wells have sunk deeper, some hit salty water. Others in nearby Montgomery County stretched for nearly a mile into water that came up hot and smelled like sulfur. Drilling so deep is expensive, but the region currently has no alternate source.

“There is a finite ability of the Gulf Coast Aquifer to produce water,” said Wayne Klotz, president of the Coastal Water Authority. “Nobody has ever determined what would happen if we pumped it so hard that the water pressure sunk below the aquifer, and nobody wants to find out.”

The CWA broke ground in March on the canal, dubbed Luce Bayou for the natural waterway beside it, the first of the segments of the system to begin construction.

Lake Houston doesn't have enough water to wean the entire region off groundwater, so the canal will import water from the Trinity to boost its capacity. The river, in turn, is fed by Lake Livingston, which the city has owned water rights to since the 1960s.

Outflows from Lake Livingston will be increased to send water down the new canal. Moving that much water could have environmental consequences along the way to Galveston Bay, although the U.S. Army Corps of Engineers has said it expects them to be “minimal.”

The chain of projects, should they go forward and wrap up on schedule, will fundamentally shift how this region gets its water within 10 years.

“For a couple of decades they've been planning this,” said Jeffrey Benjamin, project director for the five-fold expansion of the Northeast Houston Water Purification Plant expansion project.

Local confidence in its water supply was shaken by the late 1970s, when daily groundwater withdrawals in Harris County and northwest Galveston County exceeded 450 million gal. Land along Galveston Bay began sinking as the underground water supplies were depleted.

“That's when people started thinking they'd have to change,” said Mike Turco, general manager of the Harris-Galveston Subsidence District, which formed in 1975 to move the region from dependence on water in the ground to water on the surface, like lakes.

But in the northernmost swath, which includes about half of Harris County, groundwater withdrawals peaked at 280 million gal. per day in 2000, before tapering off to about 175 million in 2015.

“There's not enough water in the ground,” said Al Rendl, president of the North Harris County Regional Water Authority. “All the people, all the businesses, all the factories, all the everything — it needs water.”

For Rendl, a retired Exxon Mobil executive, the project to pipe billions of gallons of water into his region caps a nearly 20-year effort that has put him in front of hundreds of town hall meetings explaining the need. The initially skeptical crowds, he said, better understand the risks today.

Folks first drilled the Chicot Aquifer, the shallowest layer, with wells as deep as 500 ft. But the supply there dwindled, so most large wells for municipal utility districts, ranging from 14 to 20 in. in diameter and pumping up to 1,500 gal. per minute, moved on to the deeper Evangeline Aquifer.

Water levels there dropped by 200 ft. over 17 years, Rendl said. More recently, wells have tapped the Jasper Aquifer, at around 2,000 ft., even though water there is salty and poor quality. In The Woodlands and in Montgomery County, drillers tapped the Catahoula Aquifer, as deep as 4,000 ft., where water comes up hot.

When Rendl started with the water authority in 2000, he was charged with implementing the subsidence district's mandates to scale back pumping. The substantial reduction in the region's pumpage happened due to other smaller pipe projects from Lake Houston, including the original Northeast Water Purification Plant in 2005.

The authority laid almost 100 mi. of pipe within a decade, and also levied fees on groundwater withdrawals until by 2010 the region got 30 percent of its water from the lake.

It aims to get 80 percent by 2030, even as overall demand for water is expected to grow sharply.

The water treatment plant will be the largest such project in the nation, with the 27-acre facility expanding by 90 more acres and increasing its daily capacity to 400 million gal. from 80 million. The 108-in.-diameter pipe to carry that water westward will be the widest ever installed in the city of Houston.

Mackrena Ramos, senior associate of LAN, an engineering firm that specializes in water infrastructure and is program manager for 11 of the pipeline's 13 segments, said a major challenge has been clearing the pipeline's course through urbanized areas, acquiring real estate and planning to divert other utility lines.

Where possible, work crews will be drilling underneath roadways to build in public rights of way without disrupting traffic, she said.

That pipeline should be completed by 2021. Another 7.5-mi. length will carry water to a proposed pumping station on Texas 249. Another 40 mi. of 8-ft.-wide pipe will carry water farther west into Fort Bend County.

Work on the water treatment plant expansion is set to begin this summer and be completed by 2024.

The Texas Water Development Board has pledged about $3.2 billion in low-interest loans from the State Water Implementation Fund of Texas to finance the combined projects. Costs will be split between the city of Houston and five regional water authorities in Harris and Fort Bend counties in an effort to meet long-term needs.

Rendl compares the effort to the acquisition in the 1940s of water rights for what would become Lake Houston.

The city had a population of around 400,000 and at the time it seemed excessive to claim almost 12,000 acres of water storage space.

But, he said, “If it hadn't been for those people who bought the property for Lake Houston, we'd be in big trouble.”

Rendl guesses Houstonians in the future might say the same about the project getting under way today.