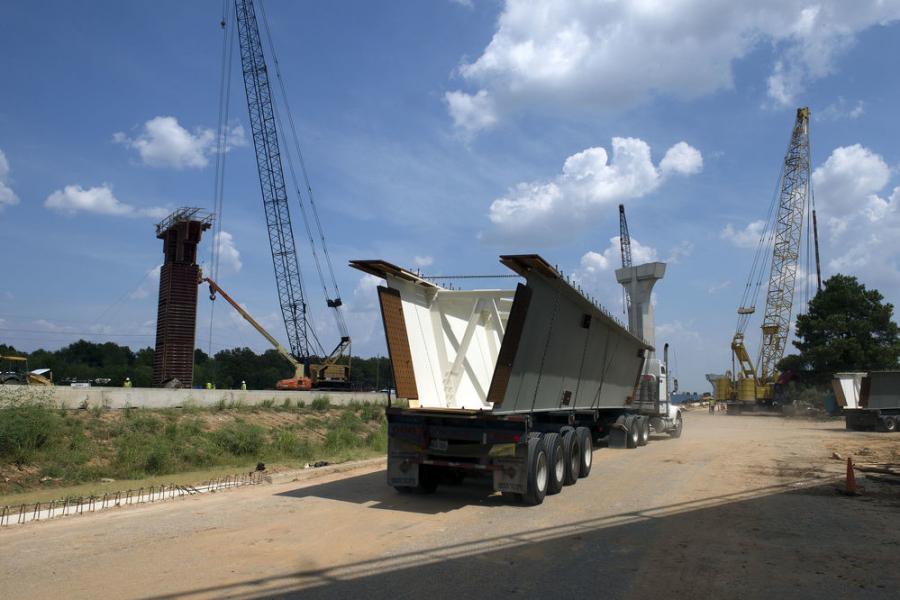 The reconstruction of U.S. 290 in Houston (My 290), a $1.3 billion project, recently attained substantial completion and is providing immediate relief for commuters and commercial drivers in this growing metropolitan region.

The overall construction zone covers approximately 44 mi. of highway in which crews have and are constructing new lanes, 86 ramps and 88 bridges.

"All the mainlanes have been completed," said Emily Black, a TxDOT public information officer of the Houston District. 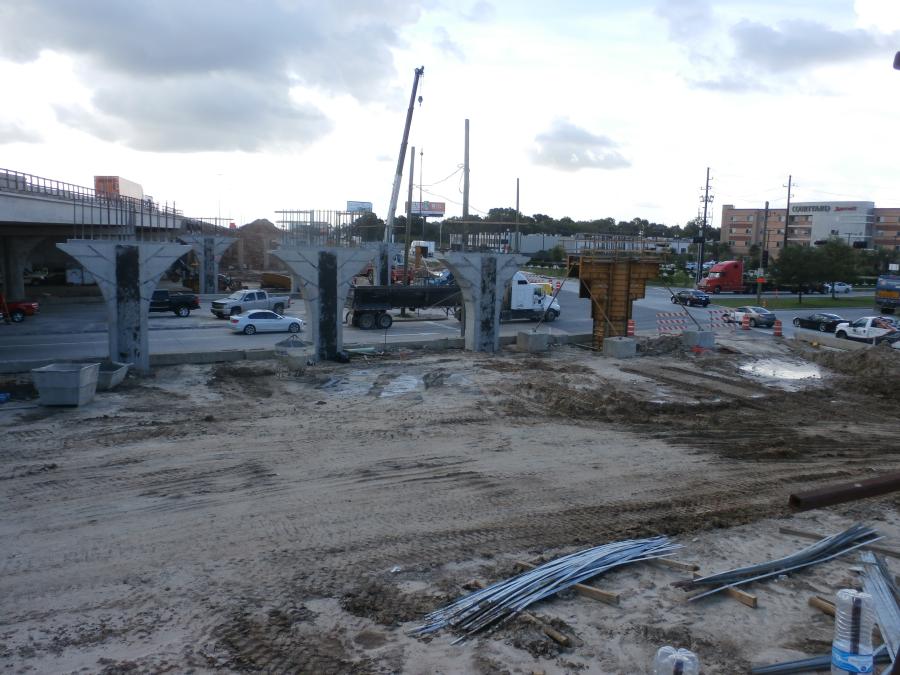 When construction is completed, the new HOV/Toll lane will have shoulders and be wide enough for a vehicle to safely pass a stalled vehicle in the lane.

The work has required a mammoth amount of materials, including concrete, asphalt, steel and rebar; fill and various types of pipe. The final tallies for those materials are still being assembled, as well as those for the demolition and excavation. Recycling was promoted by TxDOT and the general contractors put in serious efforts to reuse materials on-site.

While many of the work zones had their own challenges, there were many shared ones.

Concerning the progress of the construction efforts, Black noted: "The project and individual contracts moved forward. Phasing was adjusted to mitigate the timeline and complete the project on time. Utility issues were faced and overcome as a combined effort of the TxDOT contractors and utility owner. We always partner well and closely with our contractors and communicate regularly and often with them. We have a well-established professional relationship that ensures project progress." 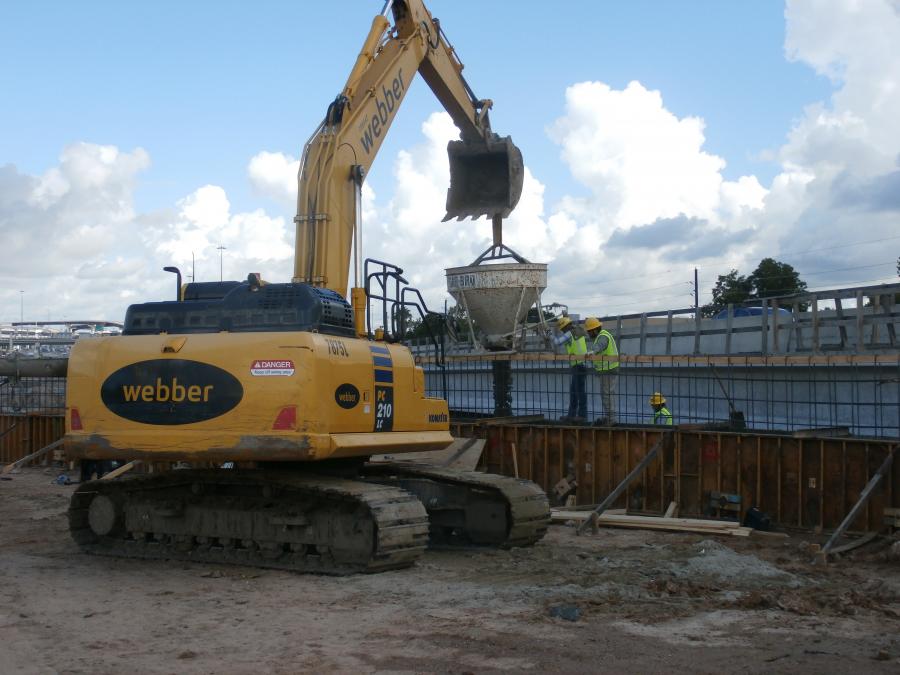 TxDOT offered incentives to speed up the work, and the contracts were either completed on time or ahead of schedule.

Awarding several contracts to two of the general contractors speeded up the construction.

"It helped them to coordinate the traffic switches on different phases of the projects adjacent to each other," said Black. "All night operation went well. There was regular coordination with Transtar and the TxDOT public information office to give adequate notification of closures and work being performed to the traveling public. Lower traffic volumes during the night make it easier and safer for the contractors to work."

The earth work and excavation operations were extensive. Large and small Cat excavators, along with Cat and John Deere motor graders and a variety of haul trucks, were used to help with the excavation and site prep operations, including the installation of the subbase and base for the new lanes and shoulders.

In many cases, due to the size of the work area, one new lane at a time was constructed as crews and equipment occupied the adjacent prepped areas. K-rail was extensively used to provide barrier to protect the crews from live traffic.

GOMACO paving equipment was often employed for the completion of the concrete mainlines.

"The completion time for bridges depends on their length and any potential complications the contractors encounter while drilling for drill shafts," said Black.

Large cranes have been crucial for the lifting of heavy and long concrete and steel beams for the bridges.

The installation of pipe and drainage infrastructure was often done as the road work progressed. 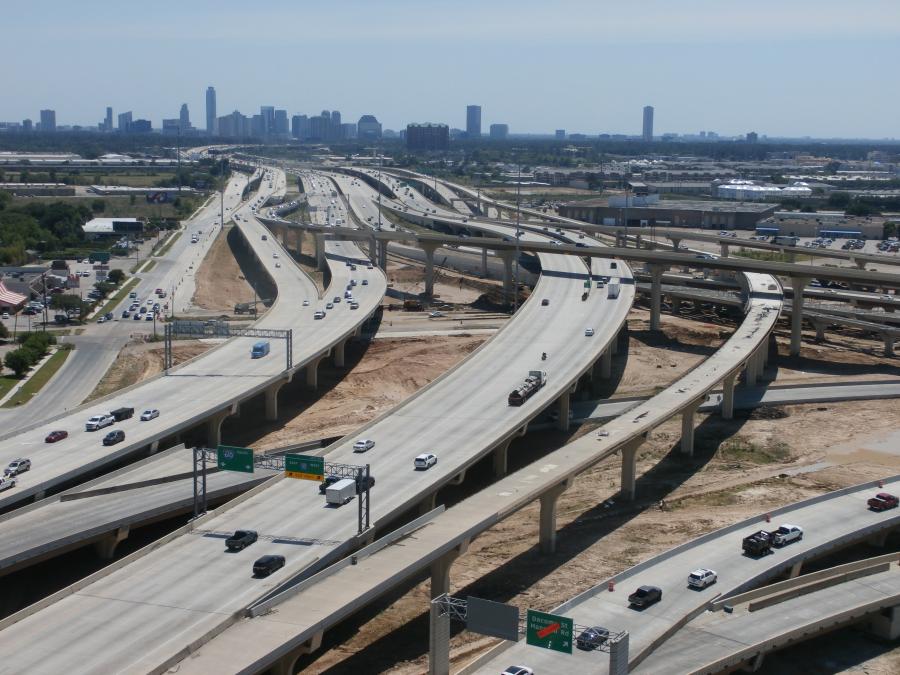 "It went well," said Black. "The challenge was the utility conflicts under the ground."

Many on-site mechanics have been present to ensure that breakdowns were dealt with rapidly.

"We have a lot of experienced people attached to the project and it is providing us with an opportunity to train new employees," said Black.

The original plan was to reconstruct all of U.S. 290 and then construct the parallel Hempstead Tollway, covering a corridor width of nearly 38 mi., extending from the interchange area of I-10/I-610/U.S. 290 northwest to near the Harris/Waller County line.

In August 2010, the Federal Highway Administration (FHWA) approved the program's Final Environmental Impact Statement, which included the plan to build both roadways. However, funding could not be secured for this concept, so the scope of the project was scaled down.

"TxDOT wanted to make what U.S. 290 improvements it could as soon as possible, and in June 2011, construction began at the I-610/U.S. 290 interchange," said Black. "As of spring 2019, U.S. 290 mainlane construction is substantially complete, and the only portion of the mainlanes left to finish is the portion between SH 6/FM 1960 and Mason where crews are currently working.

"Any design challenges during construction were addressed to the designer," Black added. "However, department and contractor partners worked together to make sure to come up with the best solutions with minimum cost to TxDOT. All mainlanes are concrete, and west of Grand Parkway, some frontage roads are asphalt."

"The reconstruction of U.S. 290 was essential due to the exploding rates of growth in the Houston region," said Black. "Houston is the fourth largest metropolitan area in the United States and the largest in Texas. In particular, the U.S. 290 Corridor has experienced considerable growth. With the current corridor population at 698,000 and a projected 2040 population of 1.1 million, this corridor was facing serious transportation issues." CEG