How to Reshape Our Country's Surface Transportation Financing Outlook 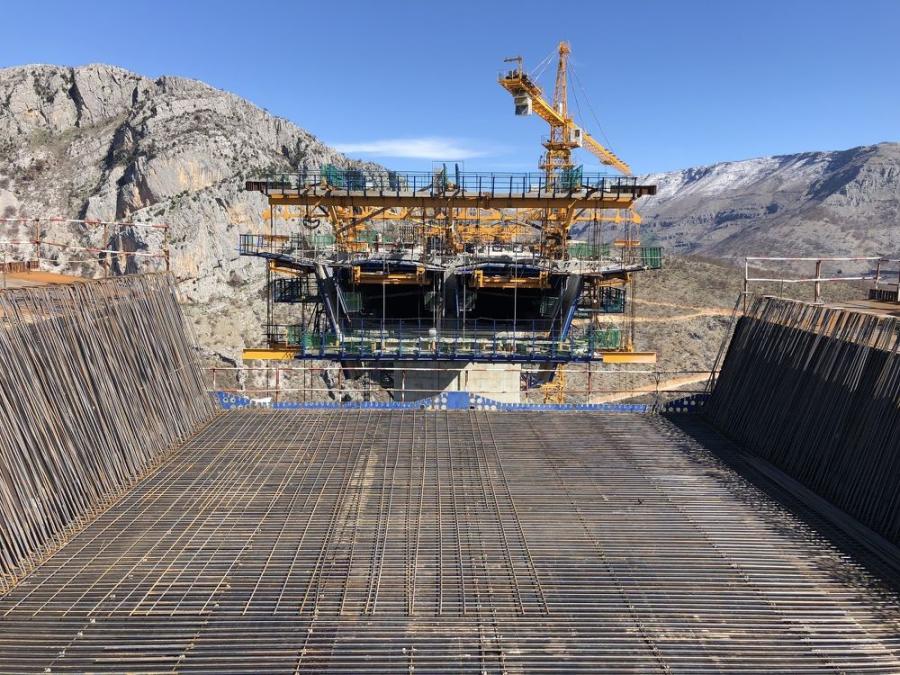 Reauthorization of the FAST surface transportation funding act, which expires in September, will determine whether construction projects at the state and local levels move forward.

With the COVID-19 health crisis front and center, many people in the heavy construction industry see a U.S. Congressional stimulus package as a means of funding the nation's roads and bridges. Efforts to bolster an economy buckled by the coronavirus, as well an uptick in non-traditional funding partnerships, present opportunities to reshape our country's surface transportation financing picture.

"The real market growth for 2020 is being fueled by increased transportation investments from federal, state and local governments," she said. "The growth we saw in 2019 is continuing and I think that reflects the new money from states going into the pipeline for transportation construction."

Predicted areas of growth in ARTBA's forecast include a 3 percent or $800 million increase in bridge and tunnel construction work in 2020 after a slight fall in 2019.

Black said she expects total domestic transportation construction market activity, after adjustments for project costs and inflation, to reach $300.4 billion in 2020, up from 2019's $286.5 billion. Whether Congress reauthorizes the Fixing America's Surface Transportation (FAST) Act transportation law could impact spending, but the true impact won't be seen until the second half of 2020 and into 2021, she said.

Signed into law under President Barack Obama in 2015, the FAST Act provided long-term funding certainty for surface transportation infrastructure planning and investment. Set to expire in September, the act's reauthorization will gauge the progress of construction projects at the state and local levels.

"The scenario of what's going on at the time will have an effect on how state and local governments handle their projects," Black said in her forecast. 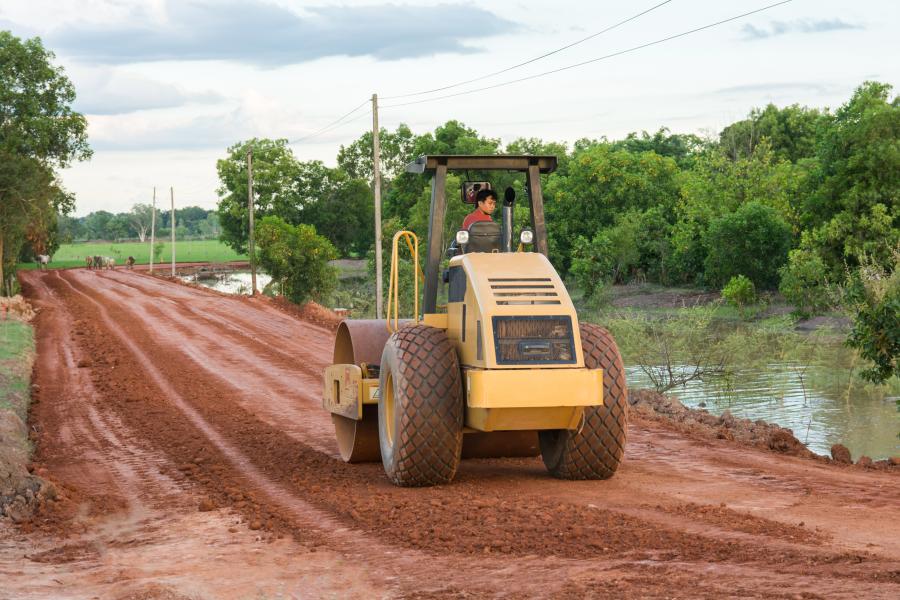 "If Congress only authorizes a number of short-term extensions, the uncertainty there may cause some states to say, ‘We'll hold off on these projects until we know whether or not we can count on the funding.' Mostly it will impact the pipeline in 2021 though," she said, adding, that Senate discussions last fall were a good indicator that Congress could approve legislation in 2020. However, she stressed, the growth forecast in transportation spending still won't be enough to meet the nation's infrastructure project needs.

"There's always a need for additional funding," she said. "We've never had a state say, ‘We've raised our rates and now we have enough money.'"

The Transportation Construction Coalition (TCC) believes the COVID-19 crisis provides incentive for Congress to move ahead with a $287 billion FAST Act reauthorization.

"In the near-term, additional resources would create and sustain new construction and related industry jobs and tax revenue. In the long-term, the capital assets constructed would enhance economic productivity for many decades to come by providing access to jobs, services, materials and markets," TCC wrote to Congressional leaders.

United States Rep. Brian Higgins of New York wants to see $1 trillion to $2 trillion set aside for government-funded infrastructure improvements and nation-building as a follow-up phase to the program dealing directly with the COVID-19 health crisis. A Buffalo, N.Y. news editorial points out that he believes an infrastructure bill will help sustain the economy and protect jobs related to projects from road and bridge construction to aging water and sewer line improvements.

Financing would come from 10-year treasury yields costing the federal government 1.2 percent in interest, envisions Higgins. That $2 trillion in debt over the next 10 years is positive sign for financial markets and the economy, he said. It also demonstrates a commitment to economic growth once the public health crisis passes.

"It will promote and engender great confidence in this nation's ability to pull itself out from under this horrible situation that we're dealing with today," the congressman said.

But not everyone agrees with the nation's taking on more debt. Jeff Davis, senior fellow of the ENO Center for Transportation, questioned earlier this month whether increased infrastructure spending is the best way to counter a downturn in the business cycle caused by the confluence of a reduction in foreign trade; a temporary collapse in demand for travel, hospitality and public gatherings; and a drastic drop of oil prices and its effect on the energy sector.

"The slowness of capital spending makes it a poor fit to counter any short-term downturn in the business cycle," Davis wrote in an article on ENO's website. "But increasing capital spending in general, and infrastructure spending in particular, is something that all levels of government probably need to be doing anyway (if well targeted to the projects that provide the greatest long-term benefits)."

Davis points to the fact that most of the surface transportation infrastructure spending is coming from a Highway Trust Fund that is only partially solvent and which has required $143 billion in bailouts over the last decade.

"A more fiscally responsible answer," he wrote, "would be to pass a reauthorization bill with one last general fund bailout to get through the end of the recession, and then a 20- or 25-cent gasoline/diesel tax phased in via five-cent annual increments, to take effect only when somebody declares the recession over."

Ken Simonson, chief economist of the Associated General Contractors of America (AGC) forecasts the market for highway and transportation projects should continue to flourish as state highway funds and toll projects increase. He also predicts a robust market for public-private partnerships.

"I know some contractors have been burned through those partnerships and have pulled back, but the overall market I think is still strong," Simonson said during a presentation at AGC's annual meeting this month. "With the reduction in municipal bond interest rates, more states are able to fund projects with that money."

Micovic pointed to several examples of successful P3 agreements that are moving transportation projects forward. For the first phase of The Capital Beltway Program, the Maryland DOT and the State Highway Administration have issued a request for qualifications. This phase will include the American Legion Bridge; the segment of I-495 up to the I-270 spur; and I-270 up to I-370, all be part of one packaged and managed-lanes system.

The SR400 P3, procured by the Georgia Department of Transportation, is a major interstate-like freeway project that serves as a main commuter route from the northern suburbs to downtown Atlanta, and includes construction of managed lanes. Under the current procurement timeline, construction is expected to commence in 2022, and GDOT expects to announce a shortlist before July 2, 2020.

The Louisiana Department of Transportation & Development has executed a comprehensive agreement with Plenary Infrastructure Belle Chasse for the Design-Build Finance Operate Maintain development of Belle Chasse Bridge and Tunnel Replacement, a bridge and tunnel replacement project. It represents the first P3 to achieve commercial close in Louisiana.

LA Metro has shortlisted five teams for the Sepulveda Transit Corridor in California. The project consists of a fixed-guideway transit system to run from the San Fernando Valley to Los Angeles International Airport and, if successful, it would be one of the largest transportation projects in the United States.

Miami-Dade County, Fla., has issued a request for proposals for the development of rapid mass transit between the cities of Miami and Miami Beach, known as the Beach Corridor. Proposals can provide for automated people mover, monorail, or bus rapid transit solutions, and were due March 17, 2020.

The Pennsylvania Department of Transportation approved the procurement of the I-85 Reconstruction project, which includes widening of four miles of highway to three lanes in both directions, realigning 2.5 miles of I-81 southbound, and replacing eight bridges.

The status of U.S. surface transportation funding is still in question. Speaking at the AGC convention this month, Murphie Barrett, the association's vice president of congressional relations for infrastructure advancement, said the coronavirus outbreak has thrown transportation funding for a loop, and is "sucking all the air out of the room." At press time, there was a possibility that a highway bill would be added to a potential financial stimulus package, but Barrett noted dissension among Congress about the merit of increasing the deficit to help the economy.CEG