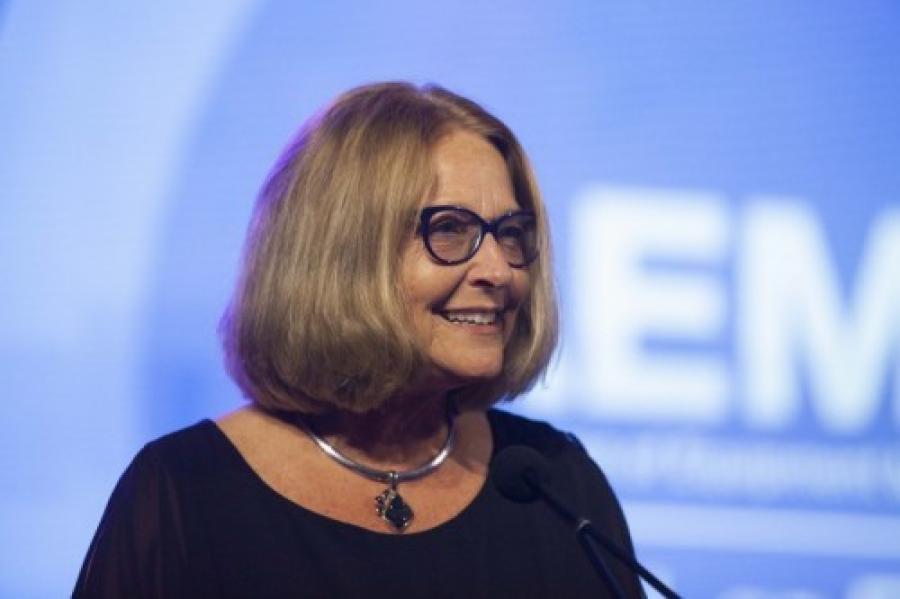 One mile across, seven facilities, and the need to grow their Pella, Iowa, plant physically to meet demand in a new market is where Mary Andringa found the company founded by her father, Gary Vermeer. That's when she was challenged by a board member to think about the problem sustainably, and not just build another building, as the company started entering the directional boring market, now a major business unit for Vermeer Corporation.

It was that challenge that inspired Andringa to dive into Kaizen-style lean manufacturing and implement the principles at Vermeer. The word "kaizen" comes from the Sino-Japanese dictionary meaning "improvement," and has been used to describe organizational systems that try to get everyone in a company, from the CEO to the line workers, in alignment and focused on continuous improvement.

Andringa's implementation of Kaizen lean manufacturing principles allowed Vermeer to, as an example, shorten the time it took to go from raw steel to a brush chipper from 52 days down to just two. Just as importantly, her implementation came as much from the bottom up as it did the top down.

"Being on, and learning from, the manufacturing floor helps you understand all sorts of processes better," Andringa would relay to those in her charge.

"Learning" is what drove Andringa throughout her career that started, literally, in the classroom. Before joining the family company, Andringa taught music to elementary school students.

One thing a person inevitably learns while teaching elementary age children is the importance of health in life outcomes. That's why, during the early 2000s recession when Andringa noticed employees having a hard time affording primary medical care, she tapped the healthcare expertise of her husband Dale to create what has become the Vermeer Health Center. Vermeer Health Center provides both primary care and pharmacy services to employees and their family, resulting in both improved well-being of Vermeer employees and an improved bottom line.

These accomplishments, and her willingness to think innovatively and successfully implement new ideas is what led to Andringa's nomination to, and ultimate recognition by, the AEM Hall of Fame.

The AEM Hall of Fame has announced its desire to break new ground again in 2020, expanding the traditional idea of a Hall of Fame member and looking to recognize contributions to the industry from more diverse corners of the equipment manufacturing world, including those from different roles and positions, as well as from smaller manufacturers.

To learn more about the AEM Hall of Fame, and those whom it has honored, click here. To submit your own nomination of someone who is a pioneer whose inventions, ideas, leadership and courage have contributed to the off-road equipment manufacturing industry, make your submission here by June 12, 2020.