How Women Can Make Their Mark, Thrive in Construction 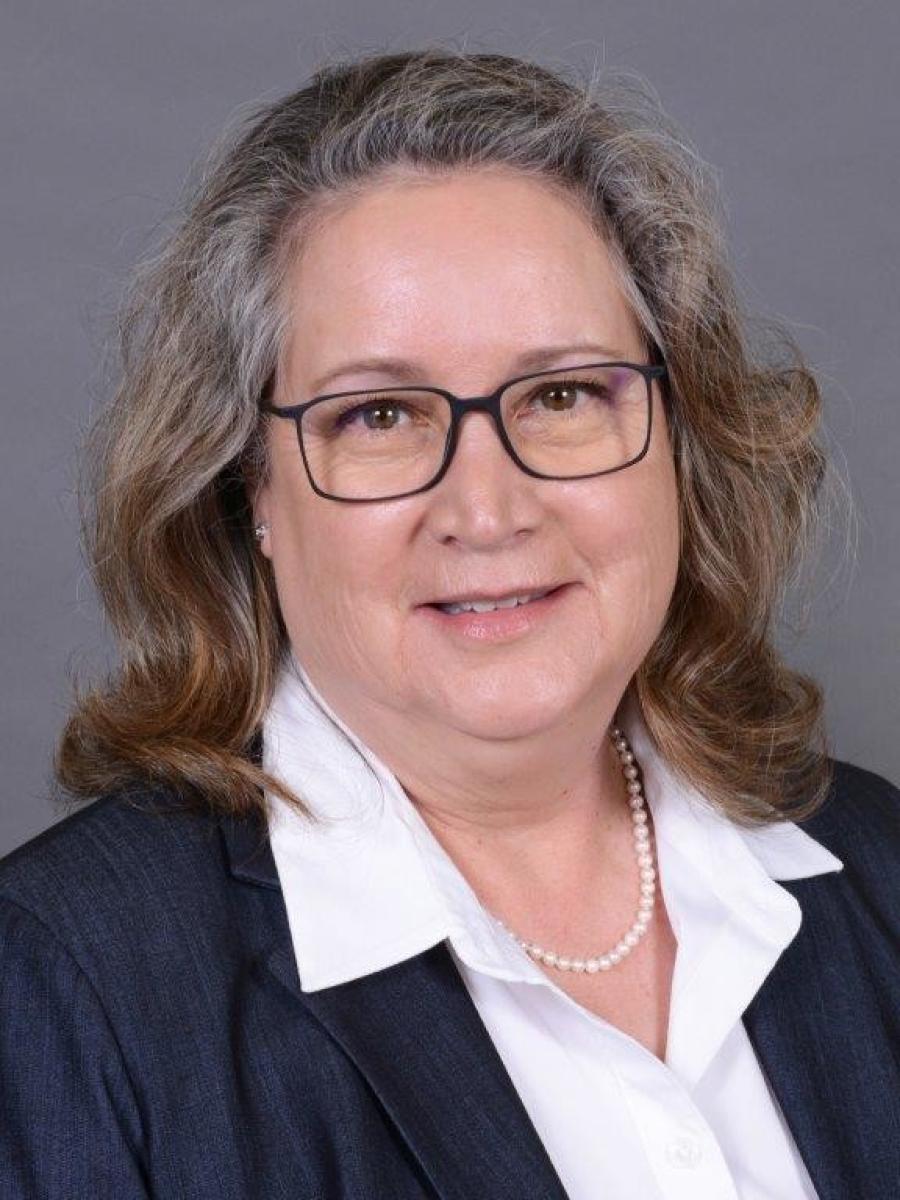 Day by day and step by step, women are taking their place in the construction industry.

Whether it is at the crew level, management level, or engineering and design, the construction sector could use more women in these roles.

Last March, as part of Women's History Month, Maribel Chavez, vice president of AECOM, spoke at an event to recount her path and experiences in the construction industry. During her trailblazing career journey, Chavez climbed the ladder to become the Texas Department of Transportation's (TxDOT) first female district engineer, setting a precedent for future generations of women in construction. She remains passionate about young women considering construction as a career and refusing to be daunted by the challenges they may encounter in a traditionally male-dominated industry. 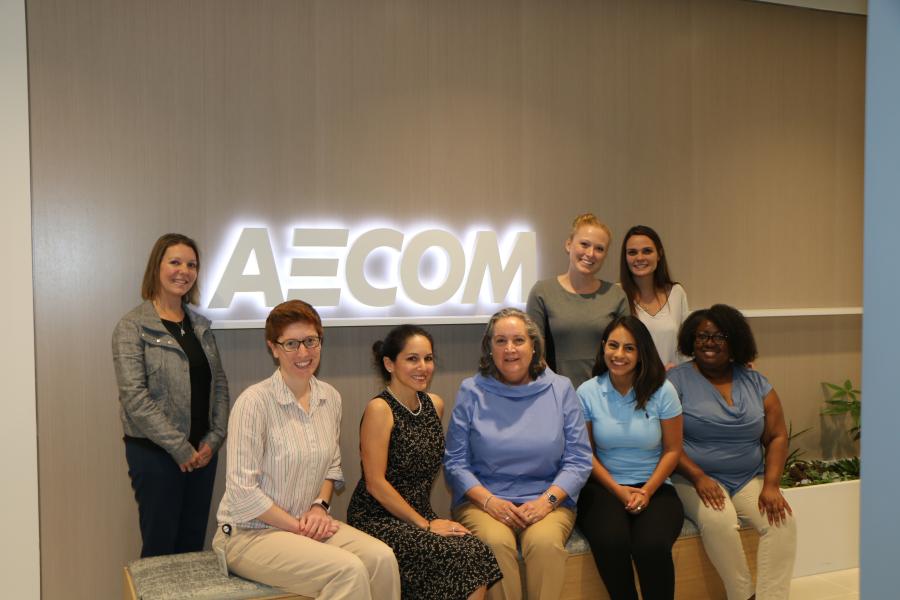 Chavez, born and raised in Texas, made history in 1992 when she became TxDOT's first woman district engineer. She retired from the state agency after 31 years and started working for infrastructure consulting firm AECOM in 2014 as its TxDOT client account manager. Her previous experience working at TxDOT serves her well in her current role, with responsibilities including the coordination of business development and delivery of services that the company provides for TxDOT projects and programs.

Chavez graduated from the University of Texas in Austin in 1982 with a Bachelor of Science in Civil Engineering, with a focus on transportation.

"I worked summers at Gulf Oil as roustabout/lease operator, while attending UT Austin," she said. "I really enjoyed working outdoors, learning more about that industry and working with both field and office professionals. I had originally planned to work in the oil and gas industry, but in the early 1980s, there was a major downturn. I was fortunate to apply my civil engineering degree to working at TxDOT and began my career in 1983. My first assignment and work at TxDOT was inspecting construction projects, both roadway and bridge work."

The world of engineering and construction appealed to Chavez at an early age.

"My early inspiration for engineering was a TV sitcom, Family Affair, where the patriarch, Uncle Bill, was a civil engineer who traveled all over the world building dams and bridges – I was fascinated by what he did," she said. "I also was inspired by my older brothers, who studied engineering. They encouraged me to pursue an education that utilized my aptitude for math and science."

When Chavez started at TxDOT, she rapidly realized how few women, at the time, were employed by the agency and the challenges that entailed.

It wasn't just colleagues Chavez was tasked with convincing of her skillset and leadership abilities.

"Even outside of the agency, it was a surprise to the public that I was the one showing up to do the work – most people had not seen a female in the roles that I held," she explained. "I remember many times when people stormed into the office or project site, demanding to speak to the person in charge, and were completely stunned to learn it was a woman. Today, most people have seen or know female engineers. There are still fewer female engineers in construction roles than, say, design and planning, but with outreach, early recruitment and a focus on STEM education, I'm hoping that will continue to shift and female engineers will be prevalent across all specialties and areas of focus." 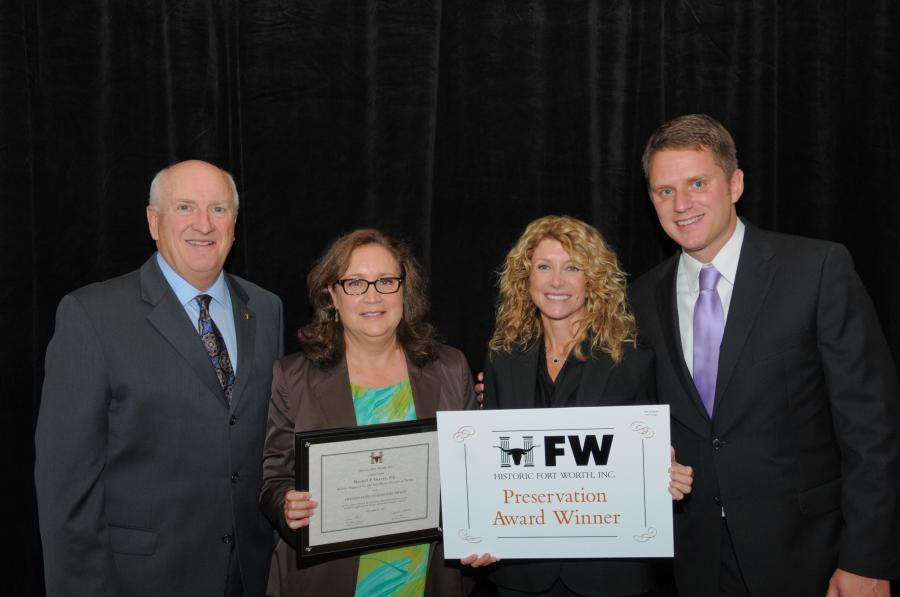 Asked if she would suggest the construction field to young women, Chavez was crystal clear.

"I would absolutely encourage young women to look at construction as a profession," she said. "The industry thrives when we have diverse perspectives – it's so important that we continue to encourage different ways of thinking, challenge the norms and adapt to change."

However, Chavez stresses that the construction sector must review and revamp its programs and ideas to recruit women.

"The construction industry does a poor job of selling itself – it's an ideal fit for young women interested in exploring the possibilities of our tech-driven world and advancing these concepts in an industry that has been around forever, and already adapted to so much change," she said. "To those seeking a unique, fulfilling and innovative career and to those who want to accomplish tangible goals and be a part of extraordinarily rewarding work, construction projects can be incredibly fun and there are no shortages of opportunities."

Construction has given Chavez a career that she thoroughly enjoys and continues to give her a wealth of experiences, including being a mentor for women considering construction.

"I did not set out to be any type of trailblazer, but I do appreciate that I have been allowed to share the lessons and experiences I have learned," she noted. "I enjoy being a mentor and I feel a responsibility to guide young women in this field. I truly enjoy seeing those I mentor succeed. So many projects over the years that I had the opportunity to work on challenged me technically and allowed me to work with talented and dedicated people of various walks of life. That has been such an amazing experience. I can't imagine myself doing anything else."

Furthermore, Chavez has no doubts that women can easily increase their numbers in construction, be it in Texas or across the nation, and to succeed through hard work and perseverance.

"The opportunities are limitless," she said. "It's been said many times, but we, as an industry, continue to struggle to recruit talent and get young people showing interest in this field. We need knowledgeable and experienced men and women to adequately staff our construction projects, so the opportunities to progress, grow, learn and thrive are really endless. I don't think there are as many ‘firsts' left for women in construction – which is a good thing! Many stereotypes have already been broken. As always, we strive for equality, and I am happy to note that I am seeing it more and more. All the ‘firsts' who paved the path for younger generations helped prove that women can handle most types of assignments. I think it's more the case of having a greater number of women showing interest in the field and gaining the necessary experience."

Chavez points out that continued outreach and promotion by the construction industry of the various opportunities the sector holds and the diverse skillsets needed are important elements to recruit women and give them the opportunities to achieve their goals, professionally and personally.

"Internships and mentoring programs are great catalysts to begin conversations about working in construction," she said. "But, the most important responsibility in advancing women's careers is for people in executive or leadership positions to step up, take personal engagement and lend their credibility to young women by actively promoting and guiding them. Showing them the ropes."

She is encouraged by the attention diversity and inclusion initiatives are receiving across industries and is looking forward to seeing these programs lead to better work environments for everyone.

"It is critical that the construction industry shows a willingness to create work environments that foster inclusion and diversity and, most importantly, respect," she added. "Those should not just be slogans or catchy phrases, but actual actions. One of the things that excited and interested me about AECOM was the visible presence of women in leadership roles. In fact, until I started working for AECOM, I had never reported to or been supervised by a female. It took 31 years of my career before I was under the leadership of a female myself." 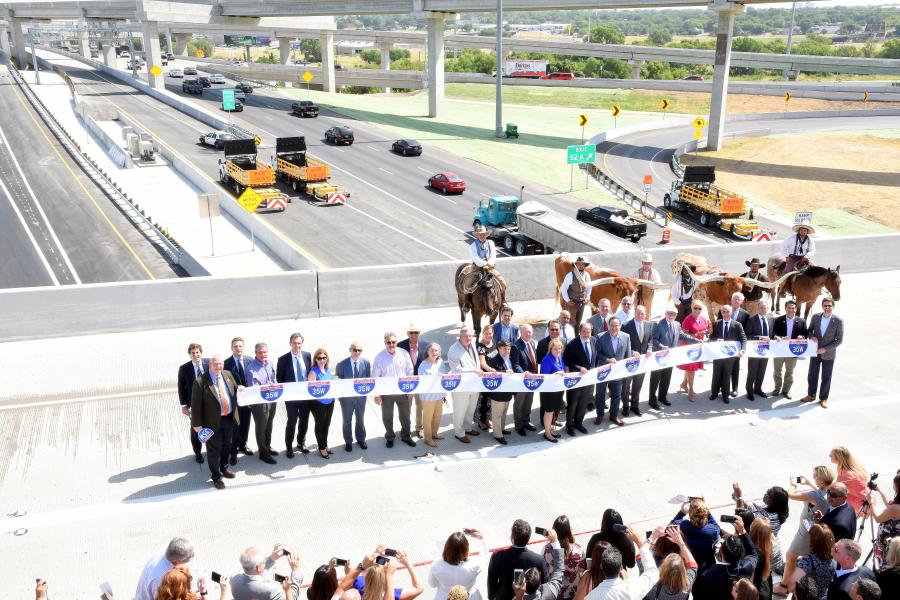 Chavez also sees the education sector play an important role in promoting construction as a career choice for women.

"While role models early on are good, it is not just women who can or should serve as role models to other young women," she said. "All sectors must promote the industry and young women should be informed about and exposed to the opportunities and necessary skills as early as possible."

This includes how math is applied to the job in a real-life setting, something that nearly made Chavez question her career path early on.

"I think it's a myth that you must like math in order to be an engineer – you must be able to do math, but that doesn't mean you have to like it in a classroom setting," she said. "It wasn't until I realized I could solve real life problems – and actually build things! – with math that it started to come together for me," she said. "I didn't have to be a genius at math, but I had to apply it and do the critical thinking it takes to develop solutions. That's the fun part. Fortunately, I learned that early on before I gave up on engineering – so that's a bit of personal observation that I like to share, just in case there are others in a similar mindset as I was back then." CEG