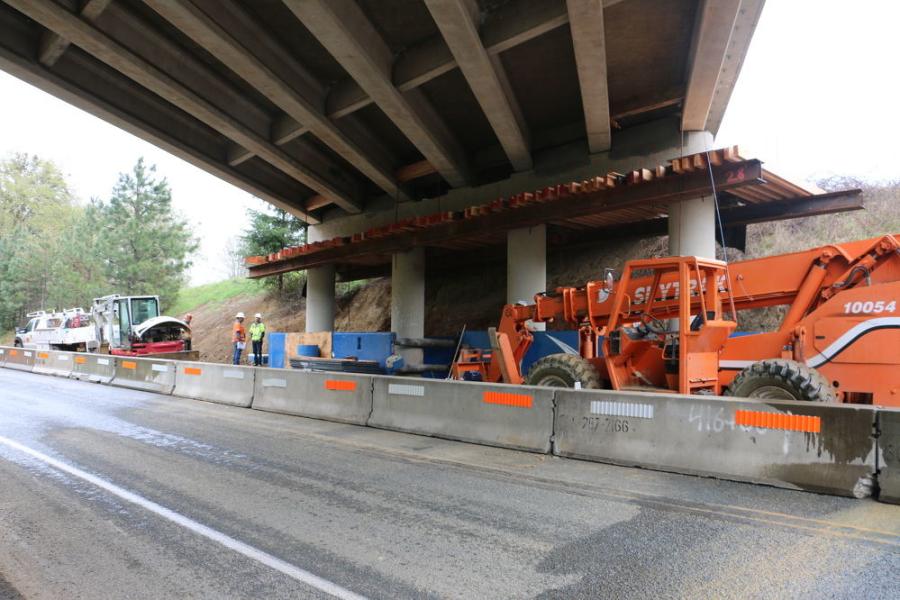 Most of the $45 million project is funded by the Keep Oregon Moving Act passed by the 2017 Oregon Legislature.

H.P. Civil, of Stayton, Ore., will reinforce the 60-year-old structures so they'll better withstand a major earthquake. The work is part of the Southern Oregon Seismic Resiliency project. The contractor is finishing up work at the I-5 Glendale bridges. After this location, the other site in this bundle is the I-5 Hillcrest Drive Bridge, with repairs slated to begin in fall 2022.

Future work in the area is planned for four bridges on Oregon 140 east of White City and three bridges on Rogue River Highway.

Most of the $45 million project is funded by the Keep Oregon Moving Act passed by the 2017 Oregon Legislature. It retrofits and reinforces 13 bridges and 4 slopes to keep southern Oregon and its economy connected in the aftermath of a Cascadia Subduction Zone earthquake.

Scoville Road and 6th Street under the bridges will be limited to a single lane until July. Local traffic will be controlled by flaggers as needed, and motorists can expect possible intermittent delays. Interstate travel lanes will not be affected.