Hudson Officials in the Dark Over Lincoln Tunnel Viaduct Construction 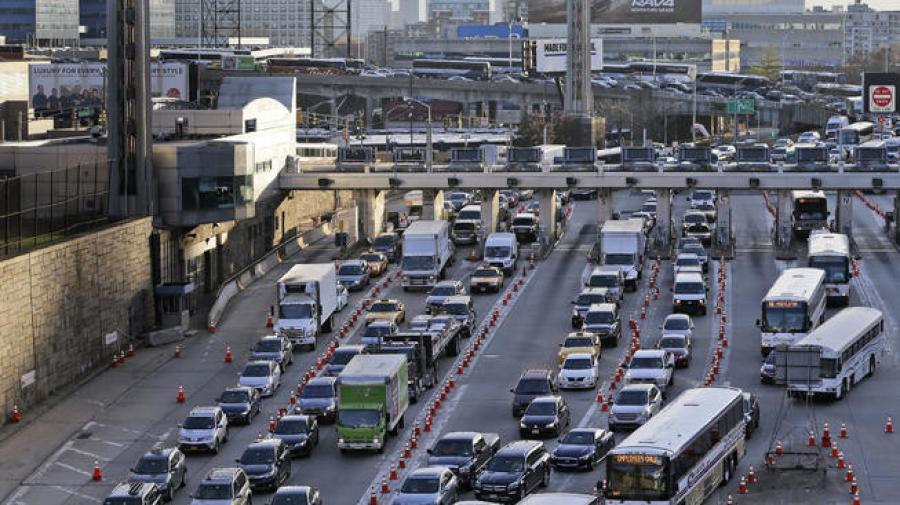 With a lengthy highway construction project looming that could turn one of the Northeast's worst traffic bottlenecks into the stuff of post-apocalyptic fiction, local officials whose towns could be overrun by frustrated motorists say they're still in the dark on some aspects of the plan.

When lanes will be closed on the busy Route 495 viaduct connecting the New Jersey Turnpike to the Lincoln Tunnel is one unanswered question. In recent weeks the state Department of Transportation has said its $90 million project to rebuild the bridge and roadway will require closing a lane in each direction beginning in "mid-summer."

On July 3, a department of transportation spokesman said it would be "later this summer." Several local officials involved with discussions with the department said community outreach efforts are still underway and questions linger about handling traffic overflow, an indication the start could be some time away.

The pothole-ridden 80-year-old viaduct cuts through parts of Secaucus, North Bergen, Union City and Weehawken and accommodates more than 150,000 motorists daily. Local officials acknowledged the need to replace the bridge structure, which is considered structurally deficient and functionally obsolete. But some expressed concerns about logistics.

Weehawken Mayor Richard Turner, whose town squats over the entrance to the tunnel, said he hasn't been given a firm starting date for the lane closures, and has yet to meet with top state transportation officials about the project, though he expects that will happen soon.

Turner noted that on a Saturday last month, a delay on Route 495 leaving New York left traffic at a standstill and forced many motorists onto the cramped streets of his town and others. That doesn't bode well for traffic during the bridge reconstruction, when the lanes will be closed 24/7, he said.

"I can't imagine what is going to happen on a weekday," Turner said.

According to the department's website, the work can't be performed solely during nighttime hours because the nature of the bridge work makes it impossible to replace portions each night and then allow traffic back on it during the daytime.

The department's plan includes detours for cars and trucks using Routes 1 and 9 northbound and southbound, where ramps from 495 will be closed off. That is likely to clog streets in Secaucus in a part of town that is home to outlets and big-box stores.

Turner and Secaucus Mayor Michael Gonnelli both said the state hasn't committed to reimbursing their towns for police overtime that likely will be required for traffic management.

Gonnelli said the traffic overload has the potential to be "a nightmare either way."

"We're downstream from where this is happening, but we are affected anytime something happens, and we're affected badly," he said. "I try to take my wife out to eat on a Friday night, and you can't get out of town."