Much of the area for the project has already been excavated, but work will be put on hold until the site is further assessed. 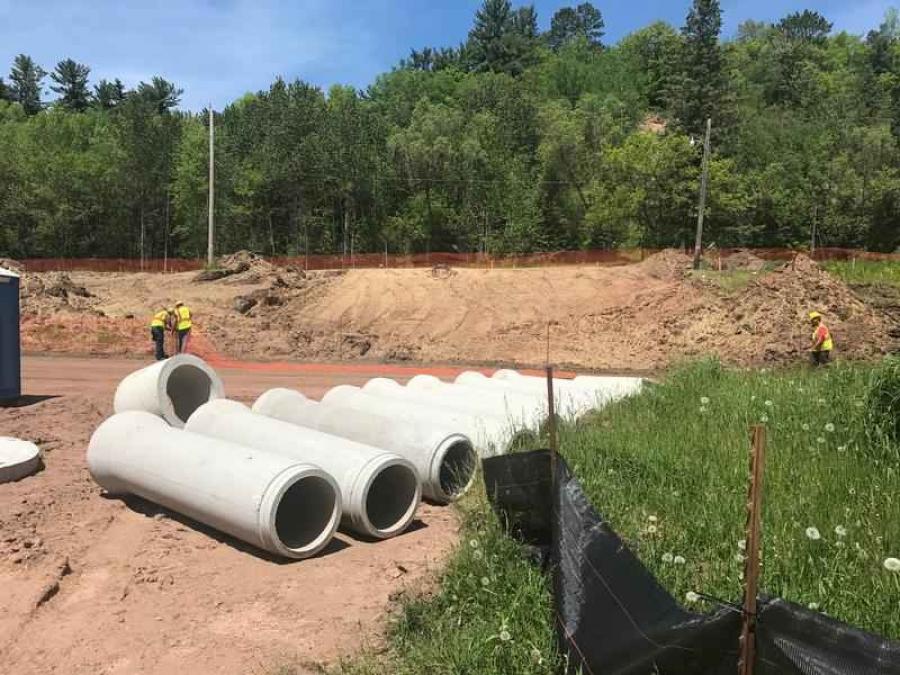 For now, construction will continue in the portion not affected.

Since mid-May, a stretch of roadway on Highway 23 in Fond du Lac has had some issues the project was working to fix.

"The project involves replacing the bridge at Mission Creek. That has caused some flooding in the past," said Roberta Dwyer, Project Engineer for MnDOT. "The current roadway through this area is a four-lane parkway that will be reduced to two lanes."

Dwyer says what they ran into in the process would have never crossed her mind — a burial site.

"Unfortunately, one part of the project is a new connection from Highway 23 to 4th Street in the process of the construction we were alerted by the Fond du Lac tribe of a potential burial site in that immediate area," said Dwyer.

Much of the area has already been excavated, but that work will be put on hold until the site is further assessed.

"The area underwent extensive review and also did receive all the required state and federal permits and unfortunately, this was not discovered during that process," Dwyer said.

Dwyer says they are working with the tribal community and state archeologists in the process of deciding the next steps. She says evidence they've found point to a more than 100-year-old Native American site in that area.

"We do know that it would predate the Mississippi and Lake Superior rail line which came through this area in approximately 1911," Dwyer added."We are continuing to do research."

For now, construction will continue in the portion not affected.

"We will continue construction on the bridge and that is the major part of this project at this time," Dwyer said.

As for what will happen to the other portion, that is yet to be determined.

The Fond du Lac Tribe has the final say in what is done.