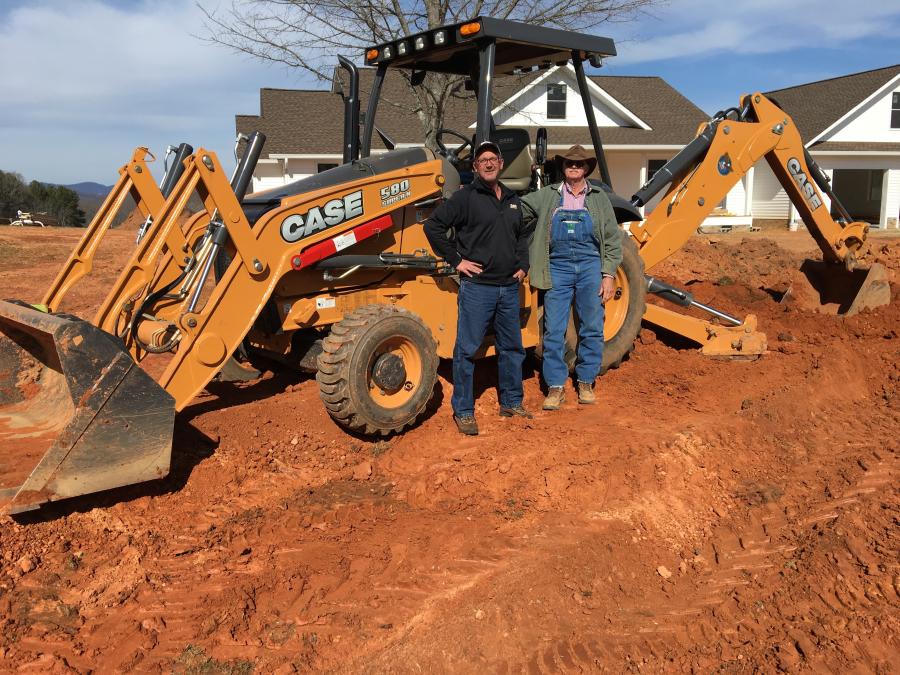 For Tony Hyder of Hyder Construction, Landrum, S.C., construction is in the blood.

“My dad had 12 kids to feed in the 1950s when he started the business,” said Hyder. “He had a dozer and a saw mill and did farm work in addition to building ponds. My seven brothers and I became involved at early age, working after school everyday. When we graduated from high school, we started doing construction work.

“My older brother passed suddenly in 1992, but we've worked together and applied the money to the business rather than blowing it on fancy stuff. Currently, three of us brothers work in construction, along with my son and nephew, and three brothers do all the farm work.”

Since that time, the company has completed many notable projects, including its largest — a $850,000, 150-home subdivision job in Spartanburg, which took place in 2006. The work involved clearing sites before grading, paving the street, and setting up a 6-in. stone base on which the foundations for 150 houses were laid.

When the economic downturn hit in 2008, Hyder said that they survived because of two factors — the company did not have debt and did not rely on a single sector for work.

Today, Hyder is currently overseeing a number of projects in South Carolina, including a grading project for a Zaxby's in Inman and a backfilling and detention pond project in Holly Springs. For these projects, the company is using Case machines, specifically, four Case 580 backhoes, a Case 1150 dozer and a Case DV36 asphalt roller.

“We never had a dozer with a six-way blade, and we felt that we needed one for the projects we have coming up,” he said. “The Case 1150 dozer appeared to be a good fit for the future for housing and subdivision projects.”

Hyder said that the company performs its own maintenance work, but relies on Hills Machinery for parts, which are generally available the next day. He had high praise not only for the Case equipment, but also the service he's received from Hills Machinery.

“We've had Case machines on the farm beginning in the late 1940s, and they've served us well. We've also had a good working relationship with Hill's Machinery.”

Hills Machinery opened its doors in 2007 to sell, rent and repair equipment. In 2010, Hills Machinery was appointed the new Case Construction Equipment dealer in North and South Carolina. The business is owned by two brothers, Adam and Jim Hills, who run the company with a dedicated group of heavy equipment industry professionals.

“Over the last several years Hills has expanded across the Carolinas and carries other lines such as Case, Terex Finlay, Rubble Master, Edge Innovative, Gradall, Mauldin Pavers and many more product lines.