I-35W in Downtown Minneapolis Under Way 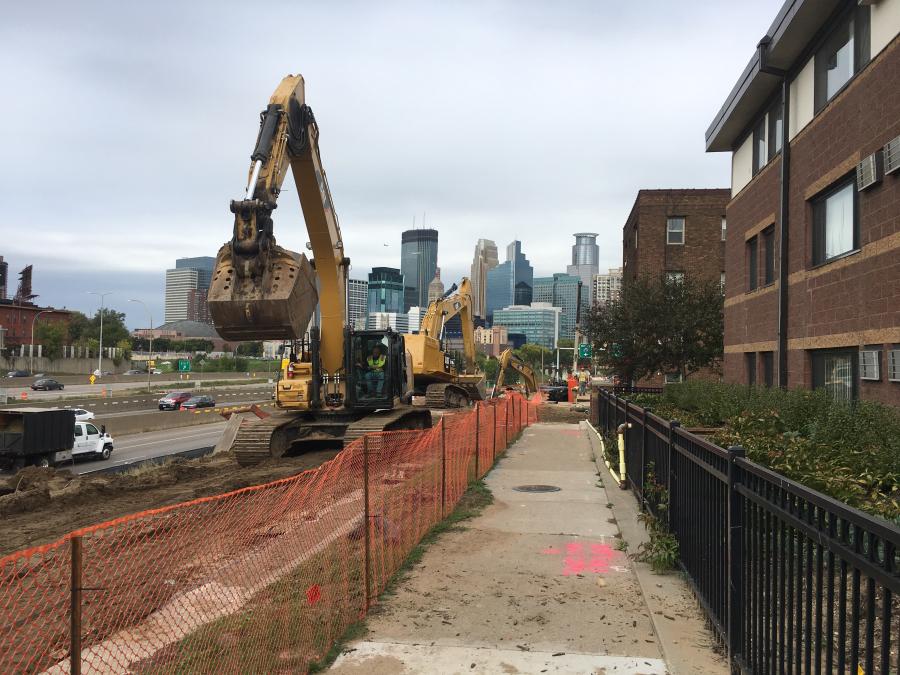 After years of talk and wishful thinking, a project to improve I-35W in downtown Minneapolis is finally under way.

After years of talk and wishful thinking, a project to improve I-35W in downtown Minneapolis is finally under way. With miles of roadway improvements calling for numerous lane, ramp and bridge closures, it promises to pose plenty of challenges for all involved, but future benefits should be well worth it, said Aaron Tag, project manager of the Minnesota Department of Transportation. “They've been talking about this project for more than 20 years,” Tag said. “There are four partners: MinnDot, Metro Transit, the city of Hennepin and the city of Minneapolis. Everyone has money in the project. We had to get these four entities to come to together and agree on what a project should look like. Finally, the stars aligned.”

The biggest challenges of the 2.5 mile, $239 million project that stretches from I-35W at I-94 to 43rd Street south of downtown are traffic and neighborhood impacts, Tag said. The project takes place in an urban core of the city and will require full repaving, the replacement of 11 bridges with 17 new bridges and the rehabilitation of four others.

“Getting through those traffic and neighborhood impacts is definitely going to be the biggest challenge,” Tag said. “Starting this coming summer, we move into Stage 2. Up until now, we have been working off the freeway. There's been a couple of bridge closures and a couple of local streets impacted, but nothing significant on Interstate. This summer there will be major lane reductions — going from eight lanes in both directions, reduced down to five. And then the major connection from 35 to downtown is going to be closed. Starting this summer, it will be fully closed for four months, then partially opened afterward with limited capacity.”

MinnDot is working on this substantial outreach effort to aid in traffic coordination, Tag said. Those efforts include encouraging commuters to think of other ways to get to downtown Minneapolis, such as train or bus. Another is providing mitigation measures to give buses advantages to getting downtown by restriping two one-way streets to make parking lanes bus-only lanes during the closure. MinnDot is also encouraging employers to consider allowing workers to telecommute, and is reaching out to business community, neighborhoods and transportation organizations. 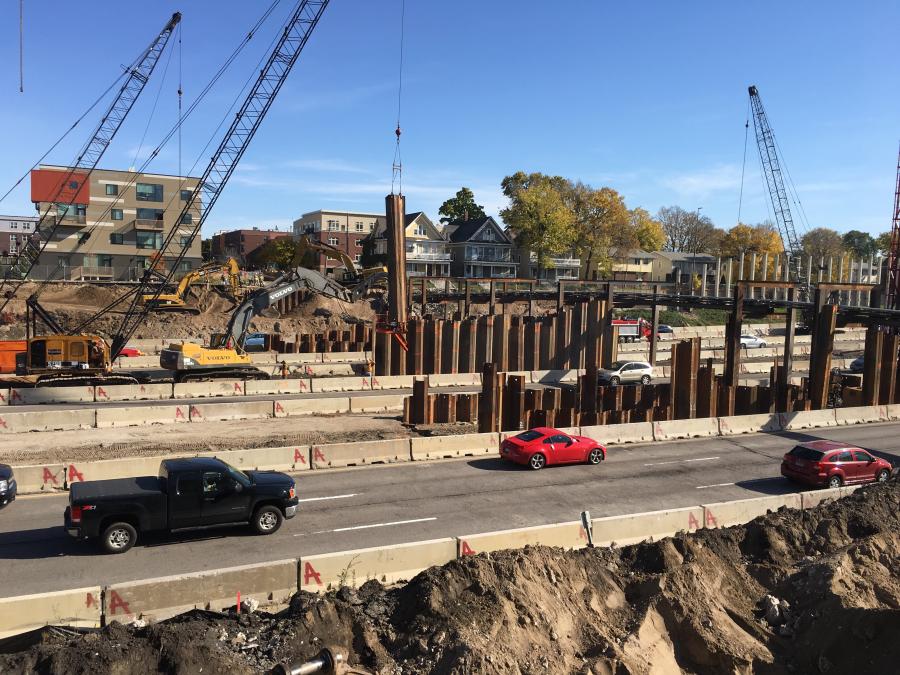 Construction work is expected to pick up significantly in the spring and bring more equipment to the site, said Steven Barrett, MinnDot construction resident engineer. “Right now, there are quite a few mobile cranes. There has been some utility work so we've had some backhoes and trucks, and some shoring for deep sanitary and water. One of the water crossings goes under 35W, so there is some tunneling. This April we'll get traffic moved into some temporary alignments. There will be some scrapers, but because there is not a lot space we will be loading dirt onto dump trucks. That will go on for four construction seasons.”

The headaches will no doubt be many, but benefits of the completed project span five different categories.

"Lake Street is a busy east west corridor in S. Minneapolis,” Tag said. “The buses will pull off from the center lane of the Interstate into this transit station. A lot of the express buses coming from the south side will go to the Transit station. If you are at the station you will have a bus that comes every two minutes. The other component is this project adds Minnesota Pay High Occupancy toll lanes. So you can use this lane if you are a transit vehicle, carpooler or if you pay for it. The idea is to provide reliable congestion free lane along this corridor.”

With the project still in the early stages, commuters have not voiced substantial complaints so far, Tag said.

“I think people are still absorbing it,” Tag said. “We haven't gotten to the major traffic impacts yet. At this point, I think they are concerned about them, but not angry. We'll see what the summer brings. Our goal is to get out there and let people know about this, and when people know about upcoming issues, it gives them an opportunity to plan for it and then they know we are doing all we can. I think people understand there are a lot of benefits coming from this project.”