I-580 Pushes Westward Toward Lake Tahoe 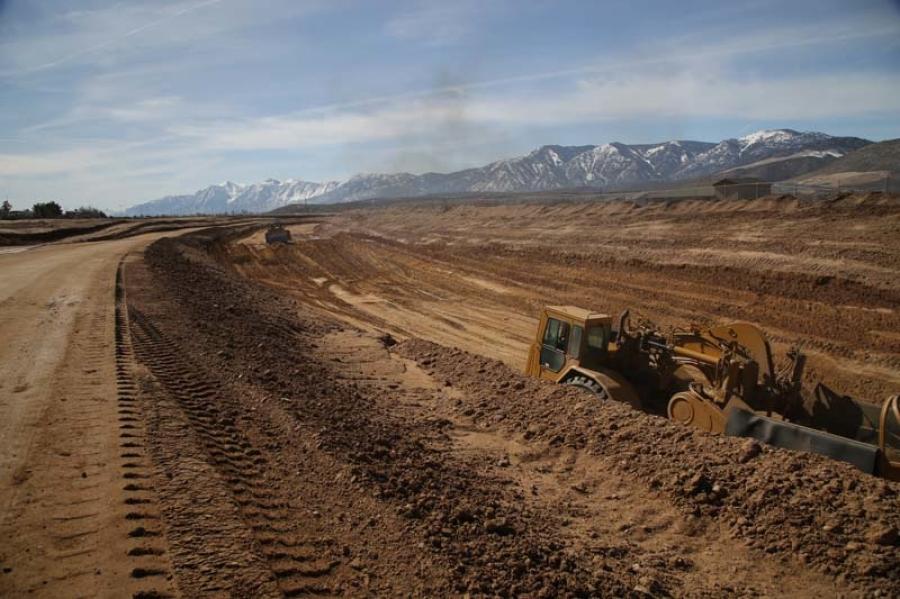 The new stretch of I-580 will connect Carson City, the state’s capital, to the interstate system and provide shorter commute times for motorists.

Over the past several years, the Nevada Department of Transportation (NDOT) has been lengthening I-580 W from Reno towards Lake Tahoe approximately 37 mi. (59.5 km). The expanse and expense of the project called for a multi-phase, multi-year approach beginning in 2000.

The design of the I-580 Carson Bypass fulfills a number of demands from both tourist and local traffic. First, it will effectively complete the freeway connecting Reno to the south end of Carson City. This means a decrease in congestion on local streets and shorter commute times. NDOT also considered the increase in projected traffic volumes, improvement of safety and the reduction of vehicle emissions that result from idling in traffic. Landscaping and corridor aesthetics are an added bonus.

The project was divided into two phases, with sub-phases to accommodate transportation budgeting. By 2025 (pending funding), the project is anticipated to be complete, adding 37 mi. to I-580 with a cost of approximately $219 million in federal, state and local funds.

Phase 1B picked up from there, covering 3.8 mi. (6.1 km) from E. Lake Blvd. to U.S. 50. The work encompassed paving four lanes of access-controlled highway, construction of sound walls and a Single Point Urban Interchange (SPUI) at U.S. 50. Phase 1B was completed in 2006 by Ames Construction for $69 million.

In 2007, Phase 2A began under Road and Highway Builders Construction (RHB). This 2-mi. (3.2 km) stretch involved paving of four lanes access controlled highway, and the construction of two bridges, a multi-use path, drainage facilities and a partial interchange at Fairview Drive. Landscaping and aesthetic treatments were also included. Phase 2A wrapped up in 2009 and cost $45 million.

NDOT crews and prime contractor Road and Highway Builders Construction (RHB) of Sparks, Nev., are currently working on Phase 2B-3. This project started in June 2015 and is set to be complete by October 2017. The 3.1-mi. (4.9 km) section from Fairview Dr. to S. Carson St. is focused on paving, sound walls, signs & lighting, a 4-legged signalized intersection at U.S. 50 / Carson St., and a complete interchange at Fairview Drive. The estimated cost is $42 to 45 million.

Crews have constructed a drainage culvert underneath the freeway. During freeway construction, the culvert will house a conveyor system, which will be used to move nearly 600,000 cu. yds. (458,733 cu m) of earth from the construction site to a gravel storage pit. The conveyor system will run underneath the freeway and will not interfere with traffic. The conveyor system will alleviate the need to transport the earth across South Carson Street by truck, eliminating months of potential traffic delays and impact. After freeway construction completes, the culvert will become part of the roadway's extensive storm water system to help convey water more efficiently and safely.

The concluding phase, Phase 2B-4, will get under way when funding becomes available in the mid-to-late 2020's. The final freeway configuration and the Carson Street interchange will be constructed at this time. Additional work includes bridges over South Carson Street, roadway earthwork and final grading on the west side of South Carson Street, landscaping, retaining walls, paving, signals, lighting, signs and pavement striping. The projected cost is $25 to 30 million. CEG