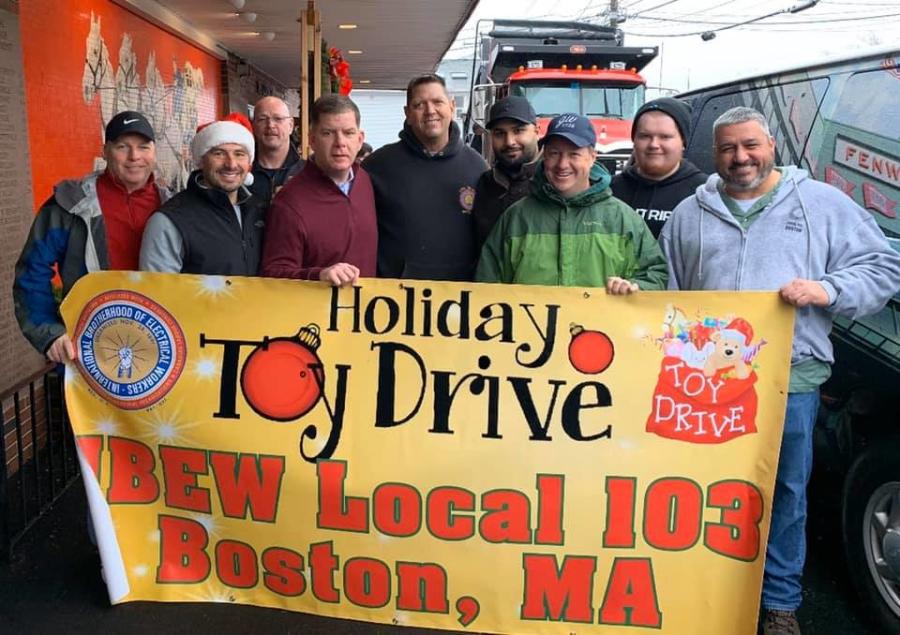 "Thank you IBEW Local 103 for donating two truckloads of toys this morning to ensure every child can celebrate this holiday season," Walsh said on Twitter.

Dorchester, Mass.-based IBEW Local 103 sent out the call for donations to its members via social media, email, quarterly newsletter and more to gather hundreds of toys for the Mayor's charity initiative. Walsh started the annual toy drive during his first year in office in 2014, and all proceeds go directly to Boston area families in need.

"Every kid deserves their fair share of new toys during the holidays. It's a magical time for them," said IBEW Local 103 Business Manager/Financial Secretary Lou Antonellis. "But a lot of families are under a lot of pressure to spend outside of their means in order to give their children the holidays they deserve. For a lot of families, it's simply not possible. It's so important to come together as a community and make sure this time of year is special for everyone, and we're happy to do our part."

In addition to collecting toys from members, IBEW Local 103 also purchased new toys for the drive in order to contribute hundreds of donations and make a greater impact.

"Our members understand how fortunate we are for our union and for the security we have as members. We live, work and raise our families in this community, and we feel responsible for paying that forward any chance we get," said Antonellis.

IBEW Local 103 Women's Committee is still collecting new hats, gloves and scarves (adult and children's) to support local women's shelters this winter. Donations can be dropped off at the IBEW Local 103 union hall at 256 Freeport Street in Dorchester. 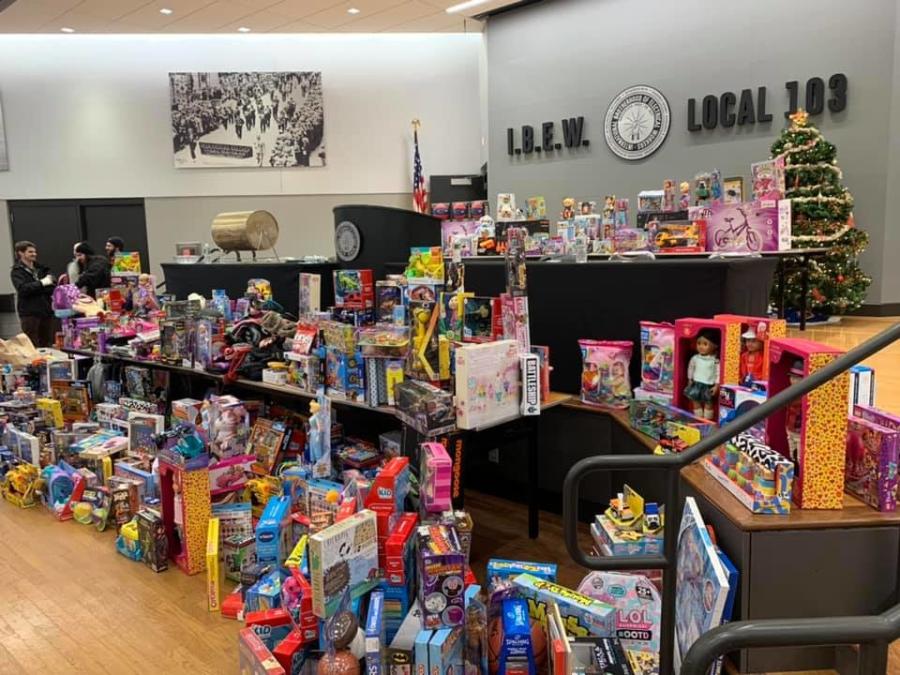