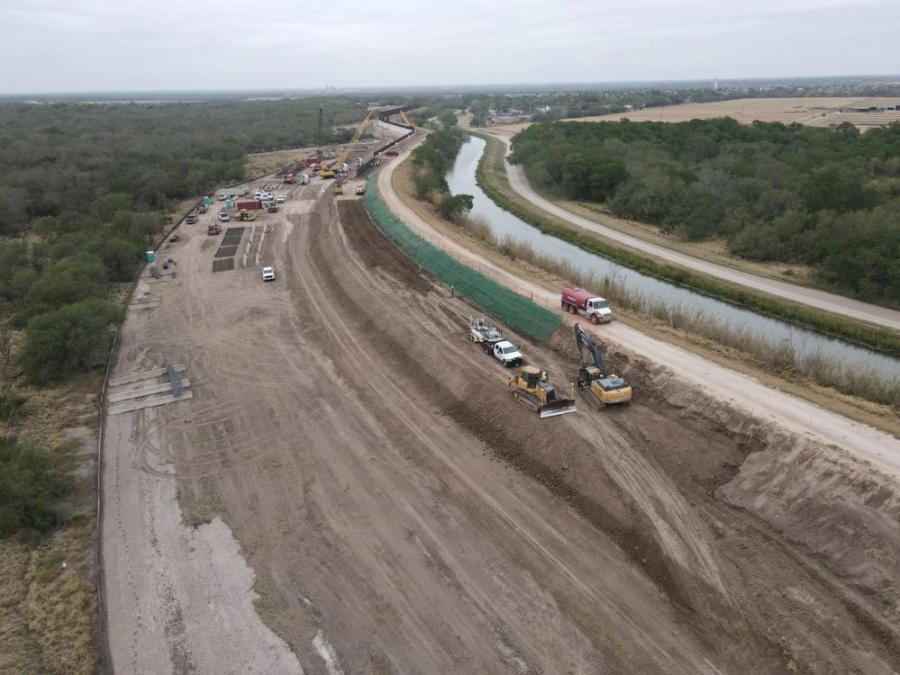 From the National Butterfly Center in Mission, Texas, crews perform border levee clearing and construction. Border bollards were being put in through a federal wildlife refuge called El Morillo. The body of water to the right is a canal.

The International Boundary and Water Commission has granted a $6.4 million contract to fix a gap in the Rio Grande flood control levee near the south Texas town of Peñitas.

Approximately 800 linear ft. of "levee improvements" will be made, including "levee construction, construction of floodwalls, replacing an existing gatewell structure and the construction of levee ramps," according to the U.S. Section of the IBWC, the international agency that oversees the Rio Grande.

The earthen border levee — which lines the Rio Grande in Hidalgo County — was built for flood control measures decades ago.

Last year, the Department of Homeland Security agreed to repair sections in these areas after Hidalgo County officials had threatened to do the repairs themselves. 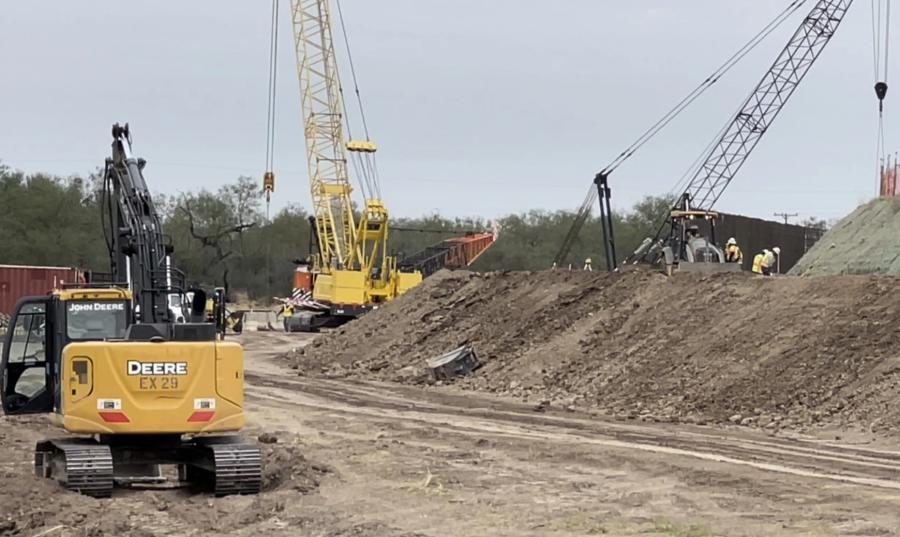 This new IBWC project does not involve any border wall construction, however, it does involve filling in dirt gaps of the earthen levee on the border in the town of Peñitas, as well as building a concrete flood wall there, IBWC officials said.

The project is Phase II of an initial project involving the Hidalgo County Irrigation District No. 1's Edinburg Pump House. During Phase II, floodwalls built under the first phase will be tied in "closing the gap near the pump house," according to the IBWC.

There are currently several "levee remediation work" projects in the works throughout the Rio Grande Valley.

Environmentalists told Border Report that too much construction is dangerous to the area's delicate borderland ecosystem and they question whether all the work being done is really necessary.

This includes construction and land clearing through part of the Lower Rio Grande Valley National Wildlife Corridor run by the U.S. Fish and Wildlife Service. A concrete flood wall and what U.S. Customs and Border Protection describes as a "guard rail" is being placed just west of the National Butterfly Center, south of Mission, Texas.

Environmentalists argue that the railing is border wall bollards that are just reduced in height.

U.S. Rep. Henry Cuellar, who represents this district, said through his office that the Peñitas IBWC project has nothing to do with border wall construction.

And in a statement, Cuellar said this Peñitas project is necessary for the safety of area residents.

"In order to guarantee the safety of the residents of Peñitas, it is vital that we repair the gap in the flood control levee," Cuellar said. "If left unattended, we could face severe consequences and put the lives of people in the community at risk. These repairs will ensure that the levee fulfills its purpose. I want to thank the United States International Boundary and Water Commission for awarding this contract in a timely manner to protect the residents of south Texas."