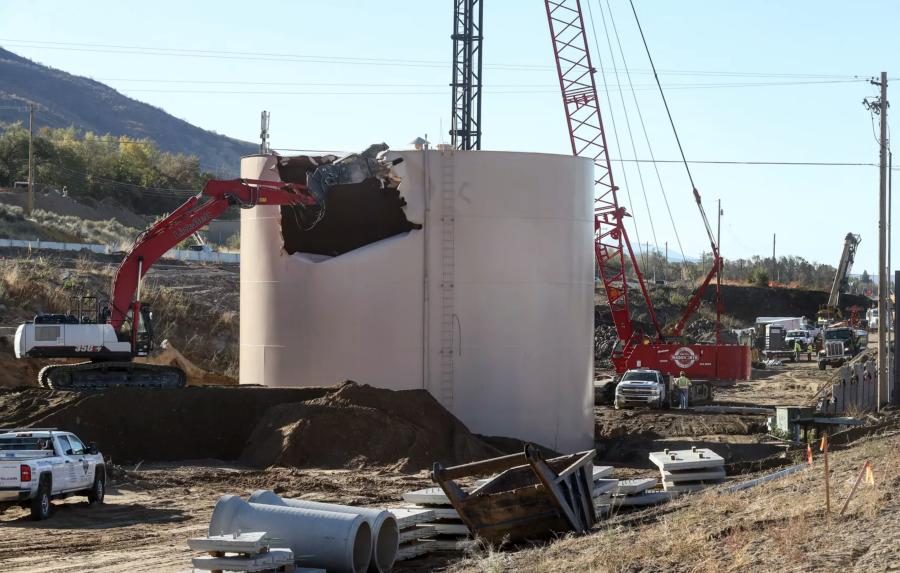 A Link-Belt excavator razed an iconic landmark in Layton that has stood for decades. The demolition took place on Oct. 12, 2020. (Utah Department of Transportation photo)

Local construction crews, in conjunction with the Utah Department of Transportation, took part in an historic demolition as part of the U.S. 89 reconstruction project. 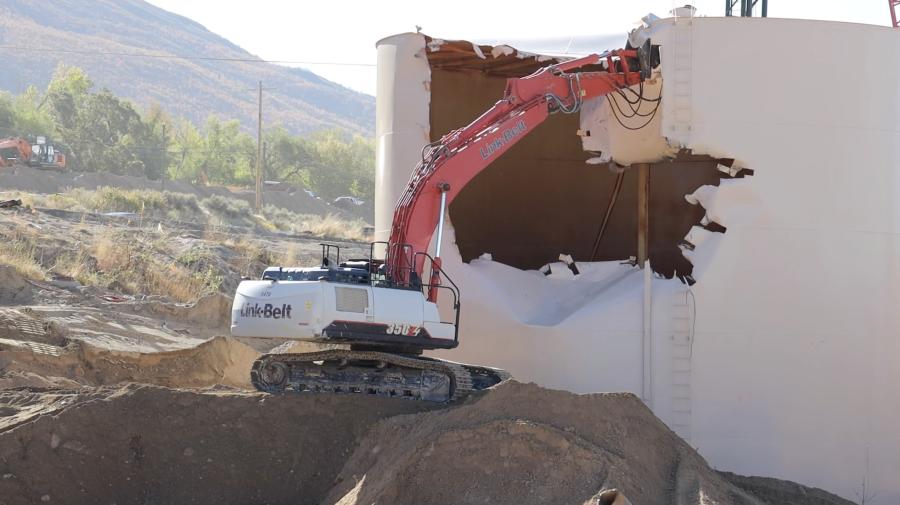 To make room for upgrades near the intersection of Oak Hills Drive and U.S. 89, a Link-Belt excavator razed the Layton water tank on Oct. 12, a landmark that has stood for decades in Utah.

"We recognize that this is an icon and anyone who has driven through that area has seen how dramatically it's changed," said Zach Whitney, UDOT spokesman. "We are changing the landscape. We're grateful for the city working with us to improve transportation for that area.

"This [was] the iconic Layton City water tower that's been a part of the landscape for decades," Whitney added. "It is a bit of an undertaking to have the crews out there. They have a big piece of equipment that's got little scissors on it and they just cut away the water tower to take it down.

"We've already relocated more than 100 miles of utilities, and this is part of that," Whitney continued. "We need to take [the tower] out because [it's] in the way of the new interchange that's going to be here at Oak Hills. We're going to build a bridge that goes over 89, and where the water tower is, is part of the on-ramp."

The city recently constructed a new water tank that is currently in operation.

"There's nothing more consistent than change," said J. Stuart Adams, Utah senate president. "And we see change happen. I think this water tank has been here probably since before I was born. I came by it, looking down on it, as I've been in the community for a long time. Everybody recognized it as a landmark. You see this landmark go down, again, that is one thing that is consistent: change. Mobility is such an important part of our lives. It's really important we maintain mobility. In order to maintain that mobility, this project is so essential." 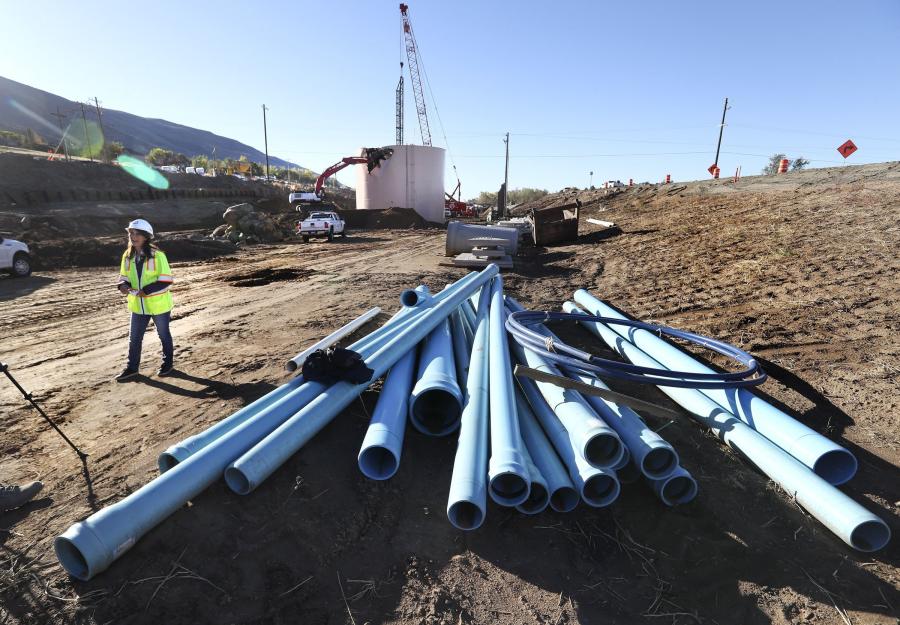 According to Whitney, the new road will be widened to three lanes in each direction along the 9.5-mi. stretch from Main Street in Farmington to State Route 193 in Layton. A bridge also will be built at Oak Hills Drive, along with bridges over U.S. 89 at Nicholls and Crestwood Roads.

The $400 million project is scheduled for completion in the fall of 2023. When finished, the U.S. 89 project will enhance safety and traffic flow on the roadway as well as at connections with local cross streets, according to UDOT.

Crews are constructing a new interchange at Oak Hills Drive and three other locations along the highway, including 200 North/400 North in Fruit Heights, and Gordon Avenue and Antelope Drive in Layton, according to Whitney. Each location will be redesigned with on- and off-ramps and bridges where necessary to improve the flow of traffic in the heavily traveled area, he added.

Layton Mayor Joy Petro is pleased with the progress.

"The good news about the widening of this project out here is that it will actually expedite the north-south corridor for us," Petro said. "It's given us an opportunity really to make a new gateway to our city. We are in an historical year. Layton turned 100 this year. It's ironic that the tank is coming down on our 100th anniversary. But the beauty of this is to show the progress we are making as a city. We erected a brand new tank on the east side of U.S. 89 and it's going to supply a lot of water for folks. I appreciate everyone taking the precautions necessary to make sure this comes down in a safe and proper manner." CEG