The building also helped to shape the popular imagination about the LAPD, through its appearances on the television show Dragnet in the 1950s and in the more recent police procedural, The Closer. 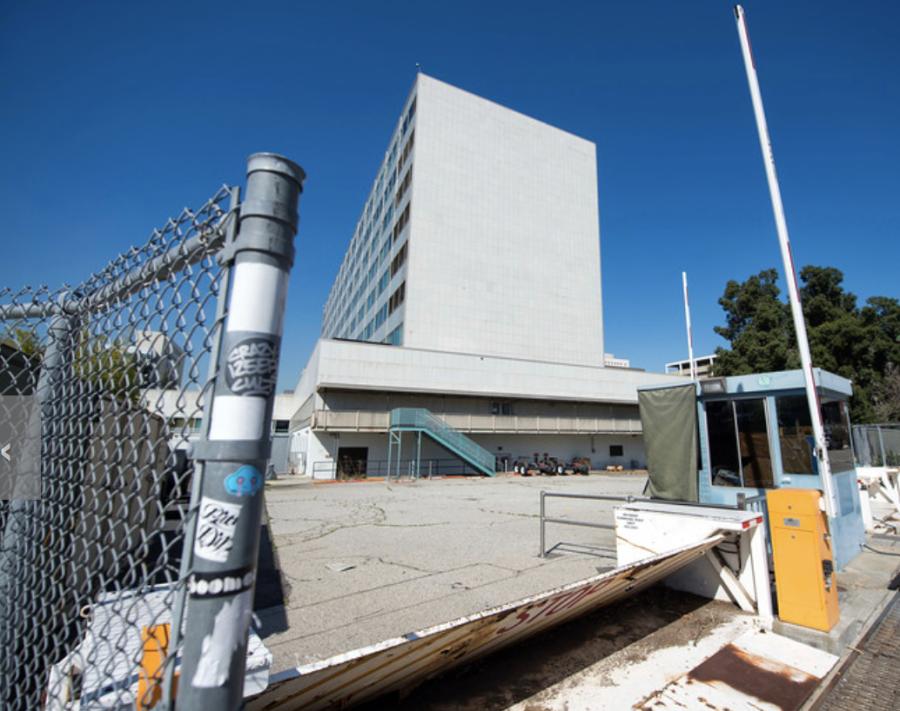 The Los Angeles Police Department's former headquarters, Parker Center, will be demolished and replaced with a $483 million office tower to house city employees under a plan approved by the City Council.

The council voted 12-0 Friday to greenlight the Bureau of Engineering's proposal to replace the eight-story Parker Center with a 27-story tower. The first floor will include commercial and exhibition space, according public works officials.

Preservationists from the Los Angeles Conservancy had been advocating for the city to rehabilitate the building, at 150 N. Los Angeles St., instead of demolishing it. But the council last month denied giving it a historic-cultural monument designation.

Those in favor of keeping the building intact pointed to the complex history of the building, which served as the LAPD's administrative building, with a jail and crime labs, from 1954 until 2009. That era represented both some of the controversial chapters in the Police Department's relations with the African-American community, as well as some of the improvements and efficiencies achieved in the department.

The building was originally called the Police Administration Building, but later renamed for Police Chief William H. Parker when he died in 1966. Charles Manson, Sirhan Sirhan and the Hillside Strangler were among the most notorious criminals booked at the facility.

The building also helped to shape the popular imagination about the LAPD, through its appearances on the television show “Dragnet” in the 1950s and in the more recent police procedural, “The Closer.”

Parker Center is the work of architect Welton Becket, who also designed the Music Center and the Capitol Records building.

Councilman Jose Huizar said Friday the building should be demolished because it is not a good example of Becket's work, and its existence dismisses the history of the Japanese-American community and businesses that were displaced when Parker Center was built.

Some artwork from Parker Center will be preserved, including a bronze sculpture by Bernard J. Rosenthal and a mosaic mural by Joseph Young.

Huizar said funds are still being gathered to move ahead with the demolition and office building project.

The existing building has structural deficiencies that make it unsafe for use, and due to asbestos in the building, the demolition would likely occur slowly, with the structure being taken apart bit by bit, public works officials said in a recent committee meeting.

The offices at the Parker Center site are expected to serve as the first project in a larger plan to revamp the Civic Center where City Hall sits. The council voted to begin studying a “Civic Center master plan” that aims to bring more housing, office and commercial space to the area, as well as better integrating the Civic Center into the surrounding communities, which include Little Tokyo, Chinatown, El Pueblo and the Arts District.