For the second time in seven years, workers erected scaffolding around the lighthouse, the Oregon Coast's tallest. 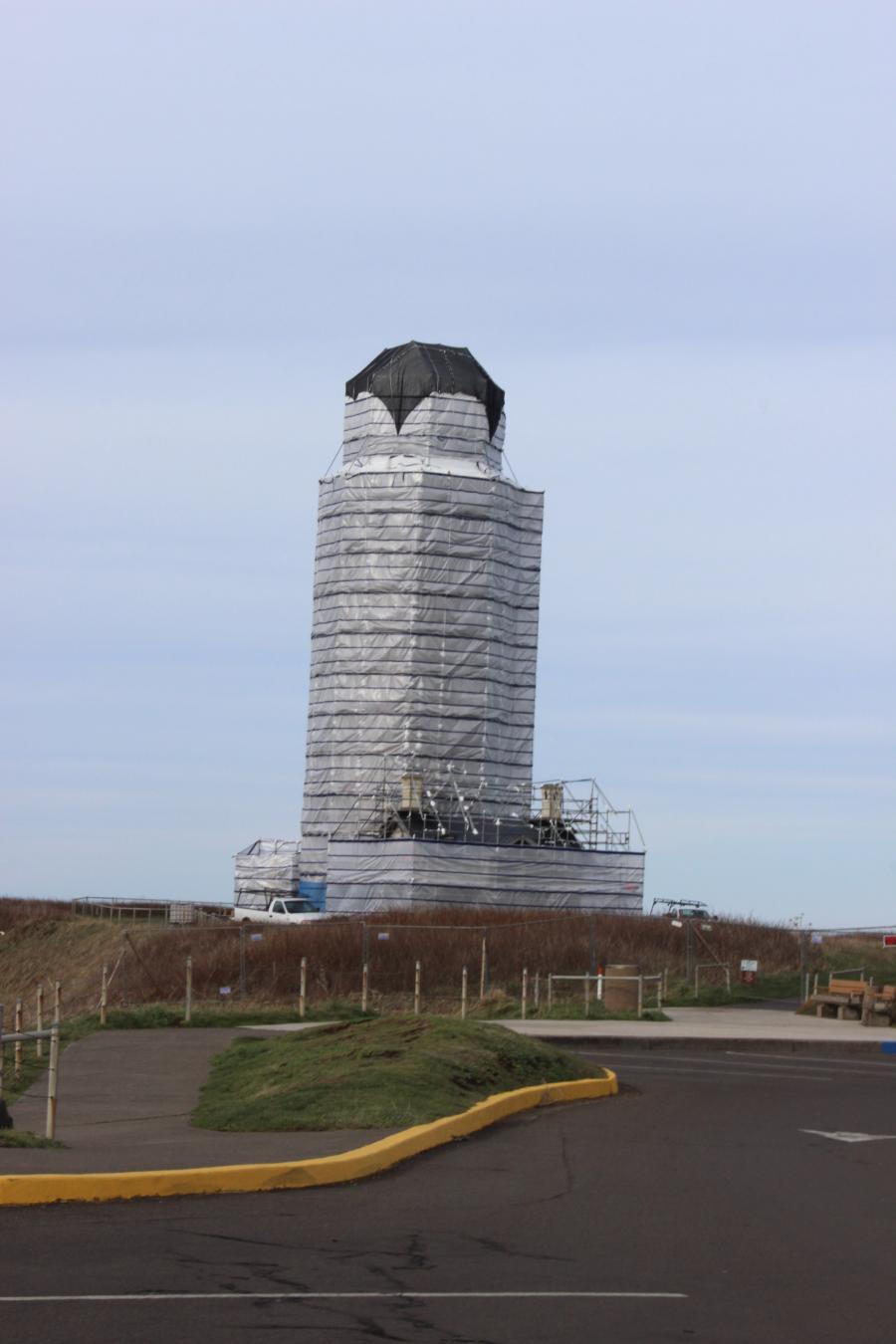 For the second time in seven years, workers erected scaffolding around the Yaquina Head Lighthouse.

Visitors to Oregon’s iconic Yaquina Head Lighthouse won’t get the view they might be expecting. Instead, they may be surprised to find the 93 ft. (28 m) tall tower shrouded in a wrap of white.

For the second time in seven years, workers erected scaffolding around the lighthouse, the Oregon Coast’s tallest, then cloaked the scaffolding under a coat of plastic.

Now, the crew from Pioneer Waterproofing will remove the waterproof paint applied in 2007 and replace it with more historically appropriate material.

“The paint has failed and we’re getting a lot of rust issues,” said John Chaffin, Yaquina Head Lighthouse facility operations specialist. “We’re getting rid of the elastomeric waterproofing paint. It didn’t do want it was supposed to do. It retained water instead of keeping water out.”

But at least this time around, the work is a bit easier for the crews. Seven years ago, when workers set about to restore the lighthouse, they were working to remove lead-based paint and to restore the old metal work.

“The containment then was bullet proof,” Chaffin said. “Nothing got out into the environment. It was ventilated and vacuumed so every particulate was captured. This time we’re not dealing with lead.”

That’s not to say the work is not without its challenges. The lighthouse sits atop the basalt headlands in Newport on Oregon’s central coast, exposed to the blasting winds and pounding wind typical this time of year.

“It’s hard to keep that plastic on the outside,” said Mike Crawford of Pioneer Waterproofing. “It’s supposed to be good to 70 mph, but that is not always a perfect number. We’ve had portions torn a couple of times. So we’ve had to keep that maintained. The light is off. We put protection up over the windows.”

Once the old paint is removed, workers will replace it with a natural cement wash.

“It’s historic cement,” Crawford said. “It’s not real thick and then we have another subcontractor who is doing the painting of metal and wood and he is also putting a mineral coating on top of that which is more historically accurate.”

The work is expected to be finished in January, when the light will again flash its signal and the spruced up tower will once again be unveiled.