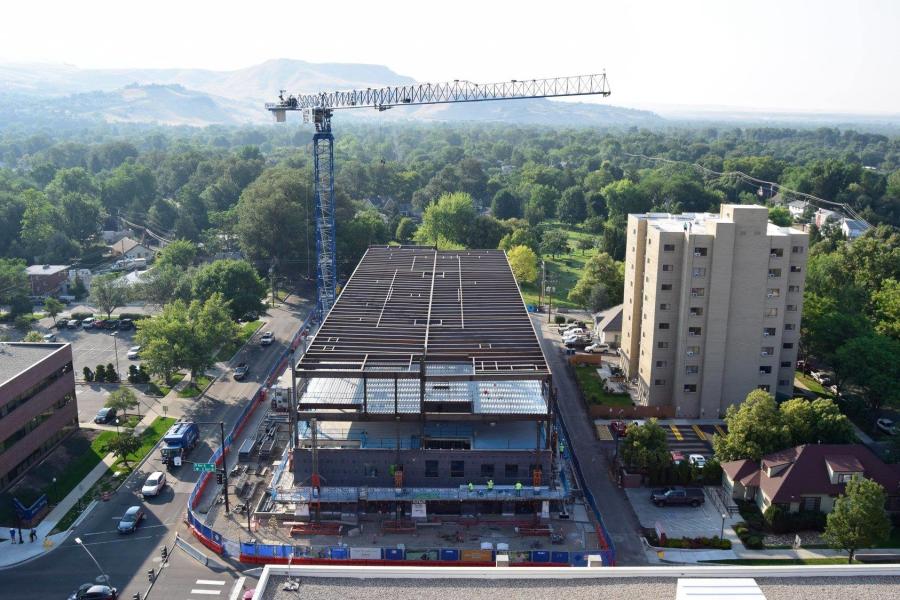 The Idaho Elks Children’s Pavilion at St. Luke’s. This photo was taken from the hospital roof on Oct. 10, 2018. (St. Luke’s Children’s Hospital photo)

A towering feature on the Boise, Idaho, skyline is disappearing, its job done after more than a year on site. Dubbed "Sheila" by project manager Jamal Nelson, the 175-ft.-tall Linden Comansa 2100 tower crane played a critical role in the construction of the new Idaho Elk's Children's Pavilion since its erection in June 2017.

In late October, two assist cranes — a Liebherr 1300 360-ton and a Terex T780 80-ton — arrived at the hospital site to dismantle the tower crane and move it off site.

"They took her apart in chunks," Nelson said. "They made a connection to the assist, unbolt the jib and took out the counter weights and took her apart from top down. There was a select crew of three or four guys who did the dismantle and unrigging. They dropped large pieces down and they get broken down into smaller pieces. Then they go to crane suppliers' lot and did all the regular maintenance and recertifications. When they dismantled her, they went back through every single part of her and made sure she is top notch operating condition before she gets reassigned." 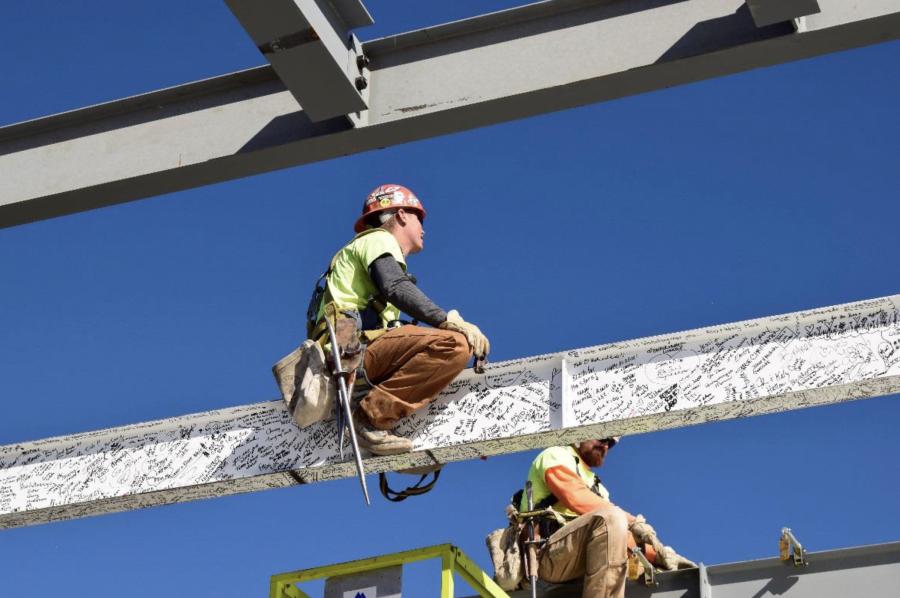 While on the job, the tower crane was used for numerous aspects of the project from the underground up, Nelson said.

"There's two things about tower cranes. Sort of like the left and right brain. There's the functional physical tool, it's raising and lowering materials to a place that are difficult to reach. With that tool we went 30 feet underground and built a parking structure, lowering all the equipment and materials into the hole. And then all the stuff we had to pull out. Once you go vertical, hang steel going up, concrete buckets, all your material coming in and out. Then, because we're on a very tight site with only one roadway accessible, which passes through the building, we took all deliveries on one street. We used the crane to make every single pick. Every single delivery had to be scheduled. I did the scheduling. The contractors provided advance notice: here is what is coming in; here's when I need it; here's where it is going. Everything was color coded for each contractor."

Then there's the second side to crane work, the operator. In this case that was Randy Fisher, a man Nelson describes as a "phenomenal operator."

"He is someone I trust just about more than anybody," Nelson said. "He is extraordinarily talented in using that piece of equipment. He can see and communicate things I can't otherwise see. He has to deal with different skill sectors. With iron workers, there's more of a natural sync and flow. They're used to doing crane work. Other contractors don't know the crane. They don't know the etiquette, the language. How do I communicate with them? The operator is equally important, if not more so than the crane. When I say I am losing Sheila, I am more concerned I am losing Randy."

Along with saying so long to Sheila, contractors reached another milestone in the project when they began putting in place key pieces of the sky bridge that will link the new four-story, 100,000-sq.-ft. Children's Pavilion to the St. Luke's downtown Boise hospital. That included a 21-ft.-long, 305-lb. steel beam, also given a name, Jenny, and signed by more than 1,000 St. Luke's employees and donors before being lifted into place. 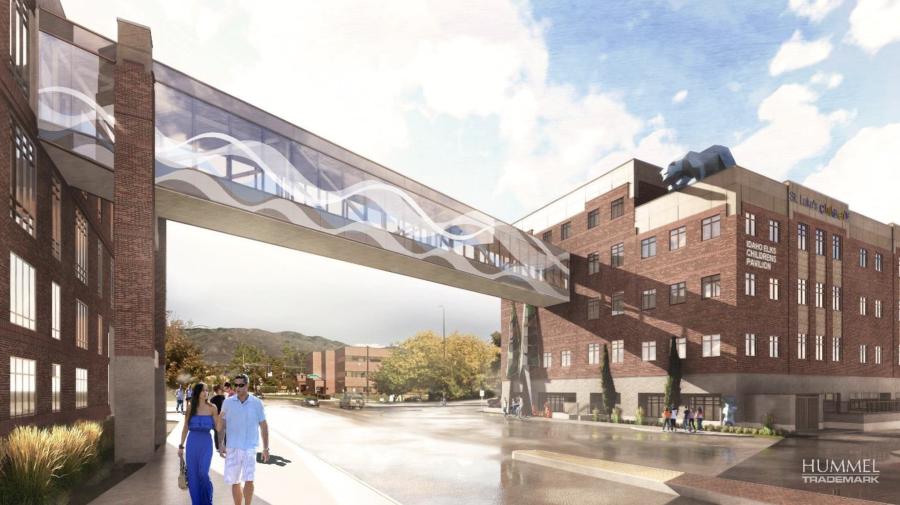 Construction of the sky bridge raised a myriad of questions that had to be answered well before work could begin, Nelson said. Would they build it in the air over a five-lane roadway, or build it on site or at a remote spot?

In the end, they opted for a mix, building the steel trusses, curtain wall, roof and metal decking on the ground, but waiting on the concrete work until the bridge is in place.

"What's interesting about the sky bridge is it sits at an angle," Nelson said. "It's at a 66-degree angle from one building to another, and it falls 4.5 feet in elevation. It's a 123-clear span. The bridge is actually longer than that, but the span over the roadway is 123 feet.

"We used a two-crane pick because that makes more sense. With two smaller cranes, you have more control. We had an engineer put together a cribbing design to support it in the air while we clad it and do all the glazing. We designed structural support systems to support it in the air 6 feet one end and 12 feet the other. We put the curtain wall in, figured out our dolly and how drive it into place. We set it the week of Dec. 14. We wanted to have it be a holiday thing right before the end of the year."