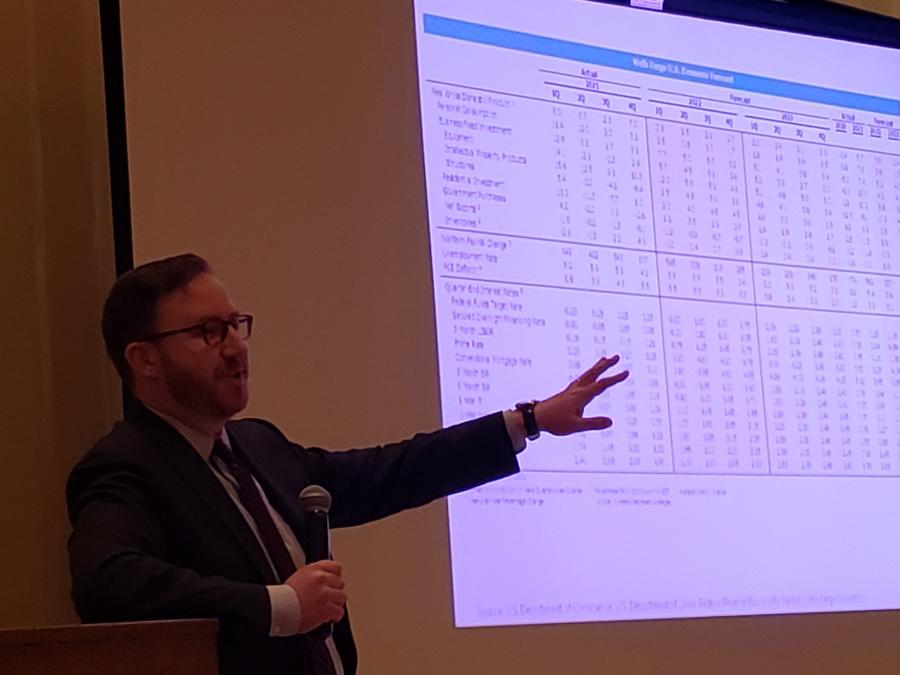 Charlie Dougherty, vice president and economist of Wells Fargo’s Corporate and Investment Bank, spoke to IED members about the 2022 forecast.

Dougherty is based in Charlotte, N.C., and covers the United States' economy — focusing on commercial real estate, housing, construction and regional sectors. He produces reports and special commentary and has been featured in regional and national publications, including Bloomberg News, Yahoo Finance and The Washington Post, according to his bio.

According to the 2022 Construction Industry Forecast report, The Optimism Quotient (OQ) is the benchmark for measuring contractor and equipment distributor sentiment on local non-residential construction activity. For 2022, the OQ is 112.

According to Dougherty, the economy returned to its prior path trend at the end of 2021.