Illinois DOT Begins Next Phase Of $200M I-80 Project 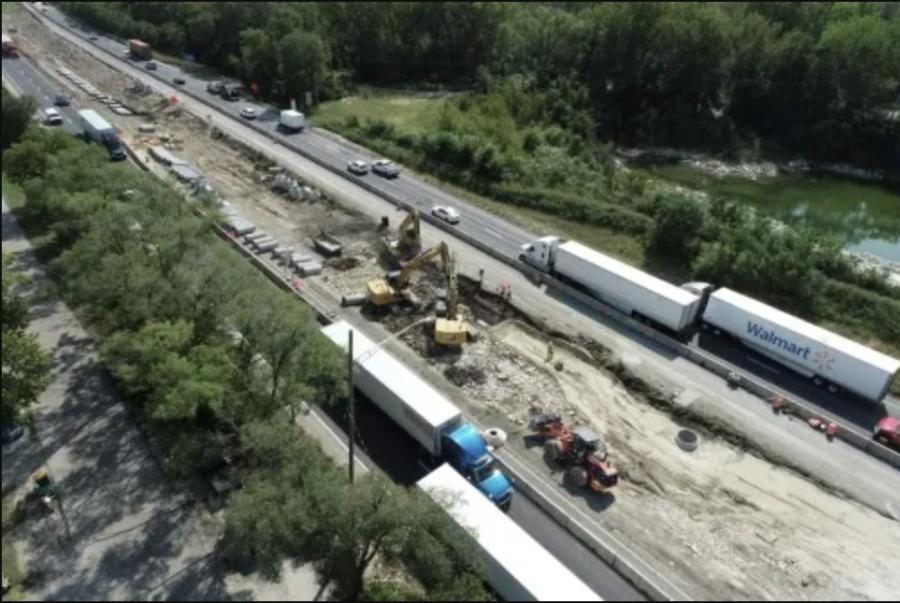 The city of Joliet is overseeing the $33.5 million project to widen Houbolt Road and reconfigure its interchange with I-80 to a high-capacity, diverging-diamond design.

The Illinois Department of Transportation kicked off work on the new Houbolt Road Bridge and interchange; the next phase of the state's $1.2 billion plan to improve and modernize Interstate 80 via the six-year "Rebuild Illinois" capital plan launched in June 2019.

The entire project, funded by an estimated $200 million in public and private funding, will create hundreds of construction and permanent jobs while improving safety and intermodal activity throughout the region, said Gov. J.B. Pritzker in a statement.

"The next phase of I-80's modernization begins at Houbolt Road, giving new life to one the interstate's most critical interchanges and a key access point for Joliet," he said.

"Our state investment of $32 million will help widen Houbolt Road and reconfigure its interchange into a high-capacity, diverging-diamond design," the governor said. "These improvements are making it safer and more efficient for truck drivers, but also for the tens of thousands of commuters and families who drive this interstate as they navigate their daily lives."

Through what Pritzker dubbed a "unique public-private partnership" between the Illinois DOT, the city of Joliet and CenterPoint Properties, the city is overseeing the $33.5 million project to widen Houbolt Road and reconfigure its interchange with I-80 to a high-capacity, diverging-diamond design. The state is providing $32 million in capital funding for the project.

The state and city investments also have leveraged a CenterPoint investment of up to $170 million to build a new tolled bridge on Houbolt Road over the Des Plaines River.

Already under construction, the new bridge will connect I-80 and CenterPoint's intermodal facilities while also reducing traffic congestion. As one of the nation's largest inland ports, those intermodal facilities are home thousands of jobs and $75 billion in freight activity annually, including 65 million bushels of agricultural products exported each year.

Advance work on Houbolt Road should begin with the relocation of utilities this winter, weather permitting, with construction expected to wrap up by 2023 — a key piece of the overhaul of I-80, replacing more than 50-year-old infrastructure on a corridor that carries 80,000 vehicles a day, about 25 percent of which are trucks.

"Under Gov. Pritzker, [we are] leveraging public resources to advance projects across all modes throughout the state in new and exciting ways," said Omer Osman, Illinois DOT secretary.

"The Houbolt Road improvements are going to bring much-needed relief to I-80 while delivering a crucial piece of the governor's larger vision to remake one of the country's major interstate corridors," he added.