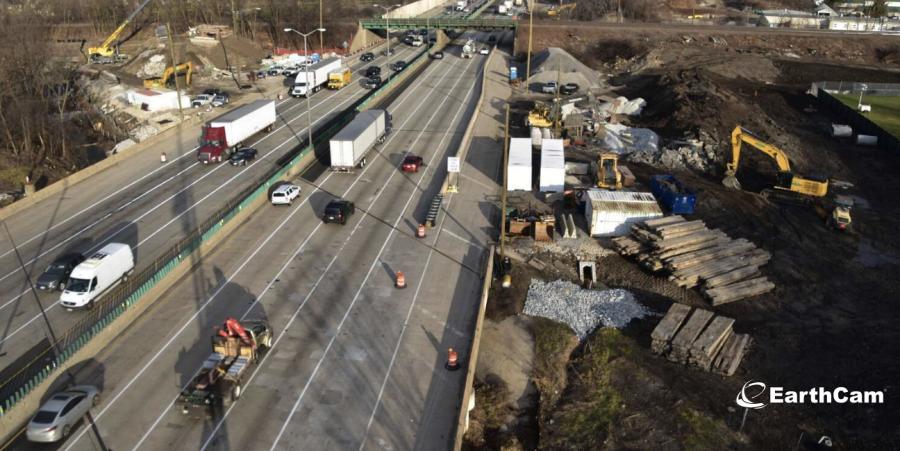 The Illinois Tollway Board of Directors approved three new construction and five professional engineering services contracts totaling $183.4 million at its December meeting, including contract awards to three firms working as primes with the Tollway for the first time.

In 2019, the Tollway has awarded 44 contracts, providing opportunities for diverse firms varying in size and levels of experience. In all, $836 million in construction and professional engineering services contracts have been approved by the Tollway Board in 2019.

"The Illinois Tollway is committed to creating opportunities for businesses of all types and sizes and supporting those firms that want to step up to be prime contractors and consultants," said José Alvarez, Illinois Tollway executive director. "The contracts awarded show success in our efforts to see new, first-time primes working on Tollway projects."

The contracts approved include three prime consultants, 19 subconsultants and 38 subcontractors that are certified as disadvantaged, minority- and women-owned business enterprise (D/M/WBE) firms and two prime consultants, three subconsultants, as well as five subcontractors that are certified veteran-owned firms. Commitments for D/M/WBE participation range from 27 percent to 91 percent per contract and commitments for veteran participation range from 2 to 48 percent per contract.

The contract awards also mark the final Board action for the eighth year of the Tollway's 15-year, $14 billion capital program, Move Illinois: The Illinois Tollway Driving the Future.

Overall, nearly $7.2 billion has been invested by the Tollway since the Move Illinois Program began in 2012, with more than $2 billion of that total committed to small, diverse and veteran-owned firms. In addition, the capital program has created or sustained an estimated 74,710 total jobs as of November 2019.

The Illinois Tollway broadcasts all public meetings on the Tollway's website at illinoistollway.com. This includes all board meetings and public bid openings. Also provided is detailed information about current Tollway construction and professional engineering services contracts through the Construction Contract Tracker. Contractors and consultants also can access resources online to help them learn about how to do business with the Tollway, including construction bid-letting schedules, professional service bulletins, manuals and construction bid calendars. These resources can be found in the "Doing Business" section of the Tollway's website.

The Illinois Tollway's 15-year, $14 billion capital program, Move Illinois: The Illinois Tollway Driving the Future, is improving mobility, relieving congestion, reducing pollution, creating as many as 120,000 jobs and linking economies throughout the region. The first eight years of Move Illinois are on schedule and within budget, delivering the new Illinois Route 390 Tollway and a rebuilt and widened Jane Addams Memorial Tollway (I-90) with its new SmartRoad corridor, as well as opening a new interchange connecting the Tri-State Tollway (I-294) to I-57. Progress continues on projects addressing the remaining needs of the existing Tollway system, delivering the new I-490 Tollway Project and reconstruction of the Central Tri-State Tollway (I-294) and planning for emerging projects.

About the Illinois Tollway