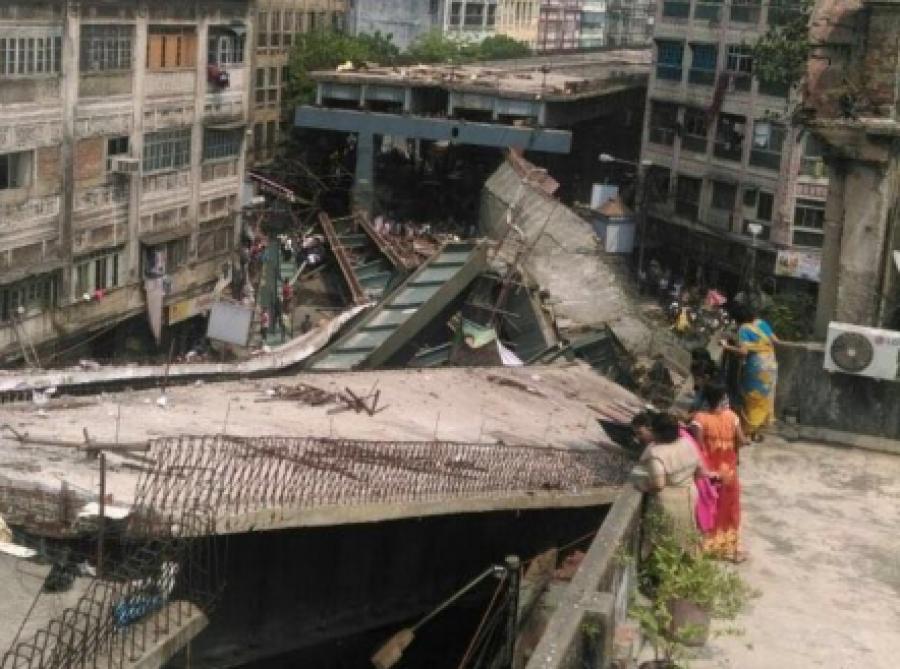 KOLKATA, India (AP) Indian police said April 2 that they are investigating possible murder charges against 10 construction company employees who have been either arrested or detained in connection with the collapse of an unfinished overpass in Kolkata that killed at least 26 people.

Judge Sanchita Sarkar of the Kolkata city court remanded three arrested employees of IVRCL Infrastructure Co., which was contracted to build the overpass, to police custody for nine days for questioning and investigation.

Seven other company employees have been detained for questioning, police said.

The employees were being questioned regarding possible charges of murder and culpable homicide, which are punishable by death or life imprisonment, and criminal breach of trust, which carries a prison sentence of up to seven years, police said.

Rescue workers pulled out two more bodies from under the rubble on April 2, raising the death toll to 26, said police inspector Debashish Chakraborty. The bodies were pinned under concrete slabs and were recovered by emergency workers at the crash site.

Police believe there may be more bodies under the debris.

IVRCL Infrastructure, based in the southern city of Hyderabad, was contracted in 2007 to build the overpass, a project that was expected to take two years. But construction was far behind schedule.

The overpass had spanned nearly the width of the street and was designed to ease traffic through Kolkata's densely crowded Bara Bazaar neighborhood. The structure fell within hours of concrete being poured into a framework of steel girders on March 31.

“We completed nearly 70 percent of the construction work without any mishap,' IVRCL official K.P. Rao. “We have to go into the details to find out whether the collapse was due to any technical or quality issue.' Rao was not among those detained.

Two West Bengal state engineers overseeing the construction of the overpass were suspended from jobs pending an inquiry into the disaster, a state government statement said.

Around 100 residents of several buildings located close to the collapsed overpass have been ordered to vacate the buildings, where some of them have been living for generations. Government engineers said the buildings have been weakened from the impact of the overpass collapse and it would be risky for them to stay in the nearly 100-year-old tenement buildings.