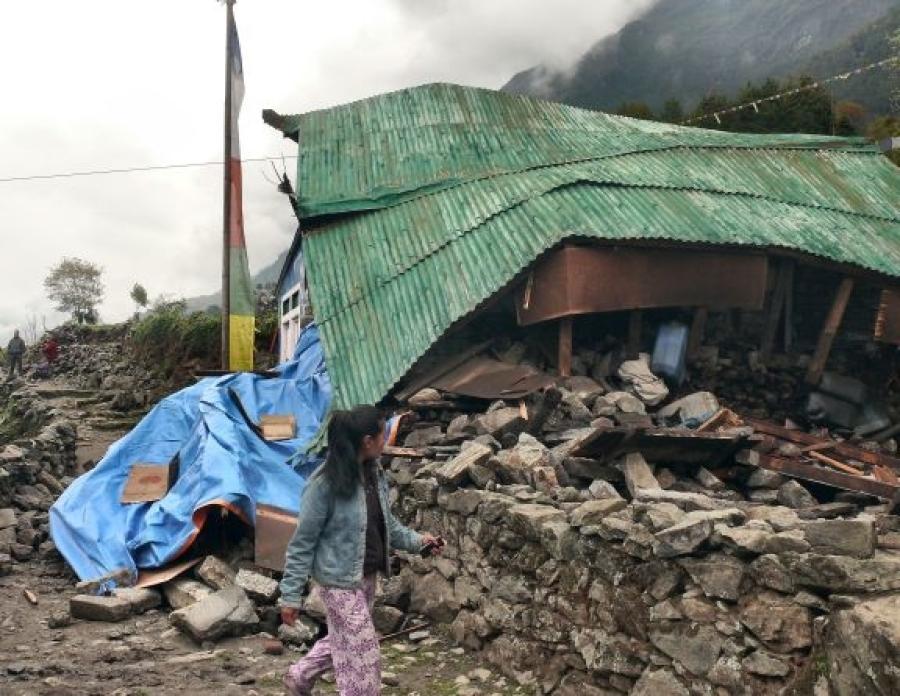 Image courtesy of Sumita Roy Dutta. Nearly 9,000 people were killed in a 2015 earthquake and aftershocks in Nepal.

The assistance, covering housing, health, education and cultural heritage in Nepal's earthquake-hit areas, is part of an accord signed by the countries' foreign ministers during Nepalese Prime Minister Khadga Prasad Oli's visit to India.

Oli and Indian Prime Minister Narendra Modi also inaugurated a transmission line for the supply of Indian electricity to Nepal under an Indian credit line of $13.5 million.

Nepal will use $100 million of the Indian assistance for the construction of 50,000 houses in the 14 districts most severely affected by the quake. Under the accord, $50 million each would be utilized in the health, education and cultural heritage sectors in 31 earthquake-hit districts of Nepal.

Oli said the main purpose of his visit “is to clear the misunderstanding that surfaced in the last few months.'

Political protests in Nepal disrupted the supply of petroleum and other products from India, creating a rift in bilateral relations. Nepal blamed India and its support of ethnic Madhesi protesters for the disruption in supplies, a charge denied by India.

The Madhesis called off their blockade earlier in February, easing severe shortages of fuel, medicine and other supplies that persisted in Nepal since the blockade and a general strike in the south started late last year.

More than 50 people were killed in protest-related violence in the past six months.