Indiana Plans Slide-In Bridge Construction and Demolition on I-170

Construction is anticipated to begin in early April 2017 and finish before June of 2018. 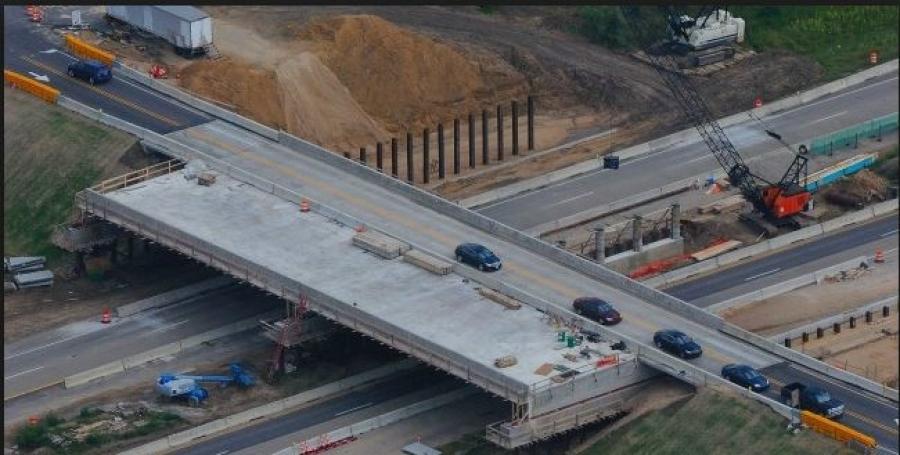 The Accelerated Bridge Construction method using detailed plans for Slide-In Bridge Construction has been announced as the method contractors plan to use to replace the twin three-span bridges carrying eastbound and westbound Interstate 70 traffic over State Road 121 / New Paris Pike in Wayne County.

During the demolition and slide of each bridge, that direction of traffic will be reduced to one lane and shifted across the median for up to 13 days while the existing structure is removed and the new bridge deck is slid into place. At least one lane of traffic will be maintained in each direction.

Building the deck in a temporary location and sliding it into place will also improve construction quality. The entire deck can be built at once, which eliminates construction joints in the deck that expose the structure to the elements.

Construction is anticipated to begin in early April 2017 and finish before June of 2018.

Below is an animation that demonstrates a similar slide-in bridge construction project in Michigan.