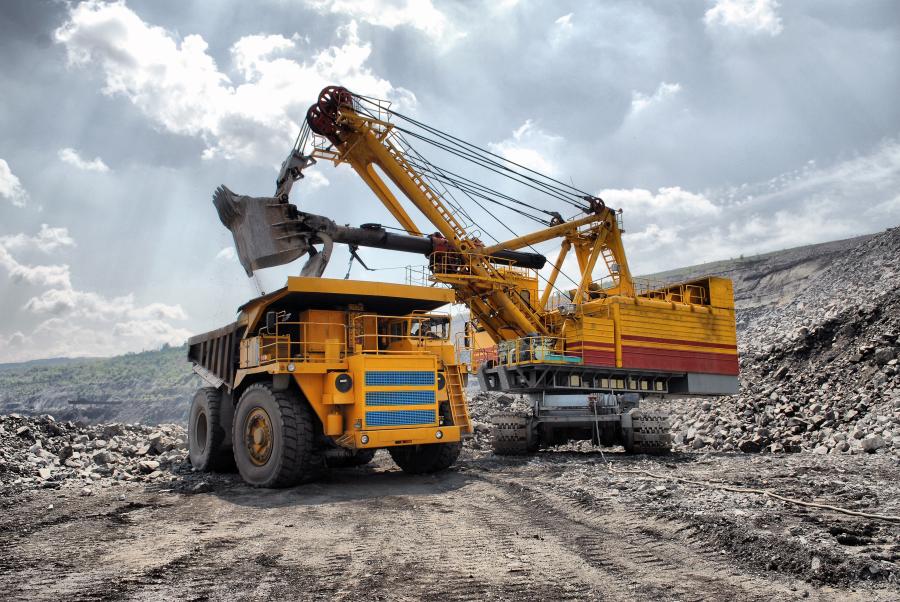 The United States lacks the capability to process rare earth materials used in the automotive, aerospace, defense and electronics industries.

In late February, President Joe Biden signed another executive order, this one focusing on America's supply chains. The goal is to develop more resilient and secure supply chains for critical goods disrupted by the COVID-19 pandemic. It calls for a review of supply chain security risks as a way to beef up production and cover shortages of essential goods.

President Biden opened the year with a "Made in America" executive order (EO) to strengthen "Buy American" laws and slow the import of many products.

The goal is to identify gaps in domestic manufacturing and to assess whether manufacturing and national security are "overly reliant on foreign sources, particularly Chinese suppliers," according to legal intelligence source JD Supra.

The EO also calls for a year-long review of supply chains in defense industrial base, public health and biological preparedness, information and communications technology, energy, transportation, and ag commodities and food production.

"These reviews will identify and assess critical goods and materials within supply chains, the capabilities needed to produce those materials, and vulnerabilities caused by an inability to develop domestic manufacturing capabilities," wrote JD Supra.

The order is seen as the start of an effort to insulate the American economy from future shortages of critical imported components.

Lewis Black, CEO of Almonty, believes the effort takes existing policy and puts it "into context that actually makes more sense than was perhaps all about domestic production, all insulated within borders of U.S."

"Biden's saying having diversity makes good sense, which it does," said Black. 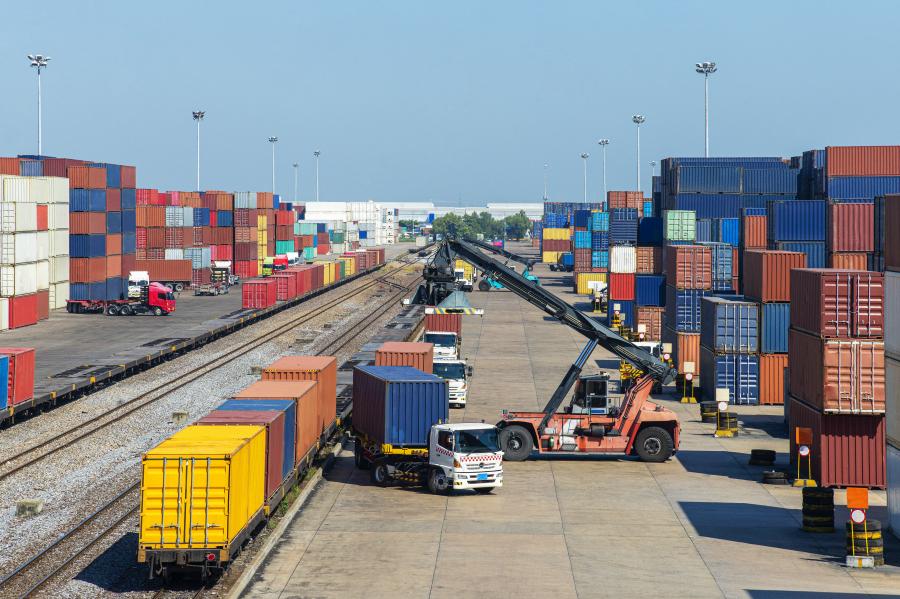 It's not having all your eggs in one basket, and looking for the best projects that exist domestically or in friendly countries in order to give U.S. manufacturers alternatives to procure the materials they need, he said.

"It's not saying you have to buy from one person. It's not your patriotic duty to purchase from federal projects," he said.

"It's the U.S. government saying, ‘What are the options for manufacturers, where do they not have choice, and how can we address that to provide to manufacturers more alternatives.'"

In 2020, the New York City-based company opened the first rare earth and critical minerals processing facility in the United States.

"The Biden Administration is right to examine the criticality of numerous U.S. materials and electronic goods vulnerable to global disruption on a daily basis," said Pini Althaus, CEO.

Under the executive order, federal agencies also must identify key manufacturing locations, the availability of substitute and alternative sources, the state of workforce skills and the role of transportation in supporting these supply chains.

JD Supra noted that agencies must then develop and issue recommendations to manage identified vulnerabilities and foster expanded research and development to strengthen these areas.

The EO also calls for the executive branch to work with external stakeholders, including industry, labor unions and non-governmental organizations, to fulfill the policy mandates of this order.

Over the past 30 years, China has positioned itself as the top rare earth materials supplier, noted Black.

"Ultimately, it's one of a number of different products that there are few options American manufacturers can currently select from," he said.

The current manufacturing mindset is "we know diversification makes sense, but it's so easy to buy from China, we'll deal with [diversification] next week."

But America is realizing the need to at least see what the current situation is, the alternatives available, and what makes good sense for manufacturing, said Black.

"This is a first step American manufacturers have to deal with. I think that ultimately you'll have to go where you have the best project that meets your needs."

But the industry should not look for merely a cost-saving source, because a reliable supplier has to be cost-competitive and vetted by the U.S. government.

"There is a whole series of criteria that have to be met," said Black,

Strategic metals are very valuable globally, he said, and China has ultimately developed a supplier niche.

"As consumption continues to increase, the fragility of the U.S. supply chain shows."

In the semiconductor market, any deviance from expected demand can cause a ripple effect in the supply chain and cause havoc, said Black.

"It's extraordinary how close to the bone we play it."

Recycling available materials and beefing-up domestic supply of rare earth materials also are on the table.

Black stressed that recycling is a part of the industry's overall approach to sustainability.

"In tungsten production, we know in good times when demand is strong, recycling can account for up to 50 percent of feeder stock required," he said.

But, Black cautions, recyclability is not reliable long-term.

People become competitive, prices go up and ultimately it's not a dependable source, he said.

"Recycling, always, should be alongside raw materials. Raw primarily, and recycling as a sustainable source."

He compares recycling rare earth materials to the balance sought in carbon emissions.

"Companies have some sectors that are carbon polluting and carbon negative. That is combined for a balanced footprint. Recycling is seen in the same vein."

Where domestic supply is concerned, Black believes President Biden will consider every avenue including export from allied countries.

"Opening a good project is better than opening a project because of convenience. You can't open a mine in a year," he said.

In fact, the whole process of planning, financing, developing and commissioning a rare earth material mine is a five- to seven-year project.

"It's not exactly a vote-winner," admitted Black.

"Nobody wants one in their backyard even though 21st-century mines are non-invasive."

Almonty operates the world's largest tungsten mine in South Korea "and there's nothing on surface — no waste, no tailings," said Black.

Mines are in compliance now, and international standards are far more sensitive to the environment these days, he said.

But it creates a terrible image in people's minds, he admitted.

The mining industry "needs a makeover, because nobody wants one in their backyard. We all have a horror story in mind of what we've seen on TV."

Those projects were either poorly maintained or from a bygone era, said Black.

"President Biden has given himself better options to find the best project and then go through the bid process."

"In outsourcing, the industry will begin insourcing instead," he said.

The process will shift a great deal of work back either domestically or to friendly countries who can benefit American manufacturers, he said.

"It's a great positive. Mines are very labor intensive. For every direct job, it creates another six indirect jobs."

They believe the assessments reiterate the importance of U.S. national assets in providing the technology metals needed for the next century of innovation and infrastructure.

USA Rare Earth is the funding and development partner of the Round Top Heavy Rare Earth, Lithium and Critical Minerals Project in Hudspeth County, West Texas. 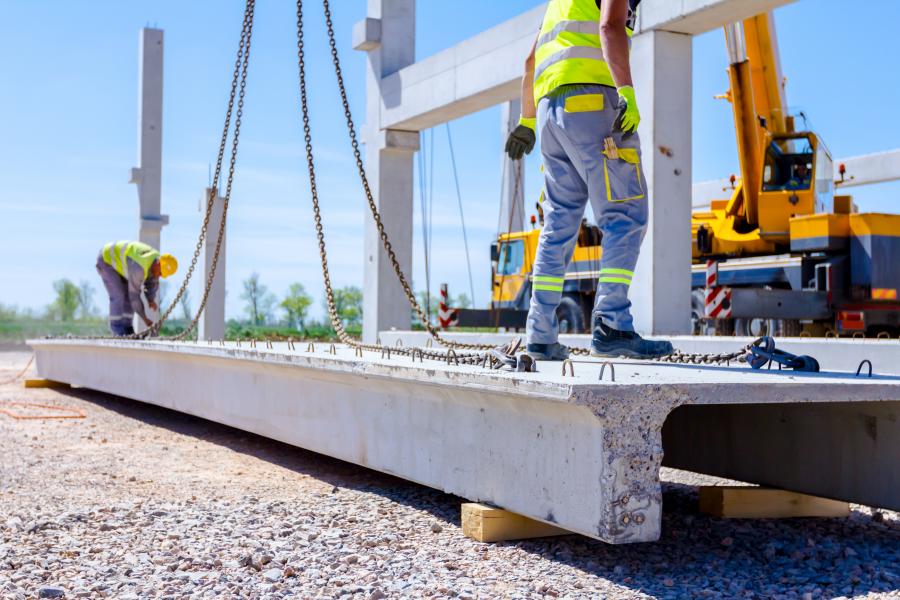 The company plans to re-site and recommission the equipment so the facility will produce approximately 17 percent of the U.S. permanent magnet demand.

The magnets also will be used for electric vehicle motors.

Currently, no other NdFeB permanent magnet manufacturing plant is operational in the Americas.

He said rare earths and critical minerals, including lithium, are essential to modern technology.

He added that the Round Top project touches three of the four vital products in the EO, including semiconductors and electric vehicle batteries.

There is already surging demand for lithium and EV battery materials, he noted.

From the AGC's perspective, the impact on the U.S. construction market would be minimal.

"If rare earths eventually become more plentiful [less rare], the cost and delivery times for products and structures that depend on them should come down," he said.

That would add to the demand for various types of structures such as wind farms, factories for energy storage and electronics, vehicles and equipment that incorporate the rare-earth compounds.

"But some of this will occur at the expense of other facilities, such as gas-fired power plants, gas stations and factories that build gas- and diesel-powered vehicles and equipment," added Simonson.

And, he said, "it is unclear whether net demand for construction would increase or decrease." CEG