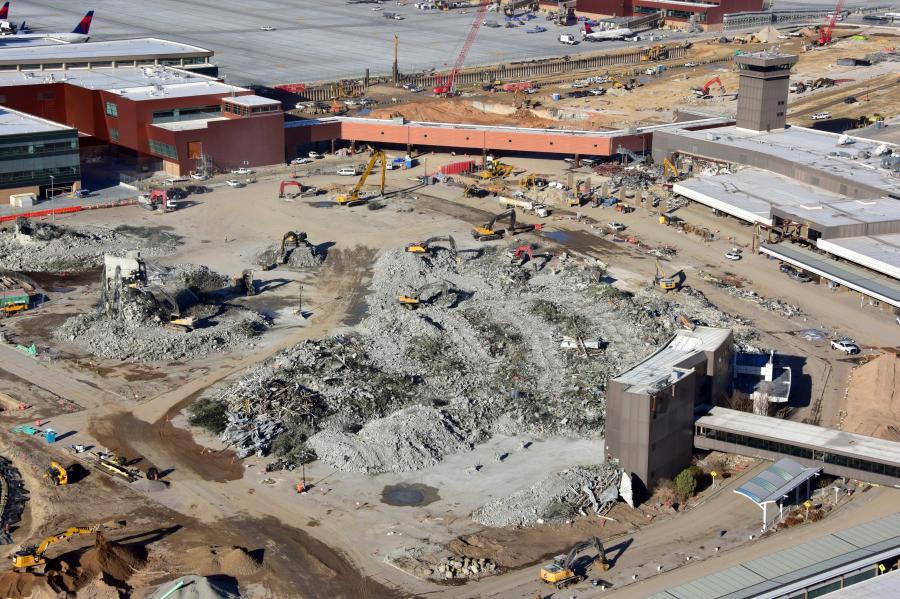 Every year the AGC of Utah honors “one person whose outstanding service to the general contracting industry of Utah is exemplary,” with the Eric W. Ryberg award. This year, Ralph L. Wadsworth earned that distinguished honor for work on many projects throughout the state, like the Salt Lake City Airport rehabilitation.

Ralph L. Wadsworth grew up on a farm in Idaho where he was taught to work hard and not expect anything to be given to him. A gifted boxer, Wadsworth earned a scholarship to the University of Idaho, where he graduated with a degree in civil engineering. He soon discovered how much he really knew.

"I started a civil engineering company," Wadsworth said. "Working with construction firms, I found out I knew more than they did about building codes. I was lucky enough to have seven boys. Who couldn't be successful in construction with seven boys?" 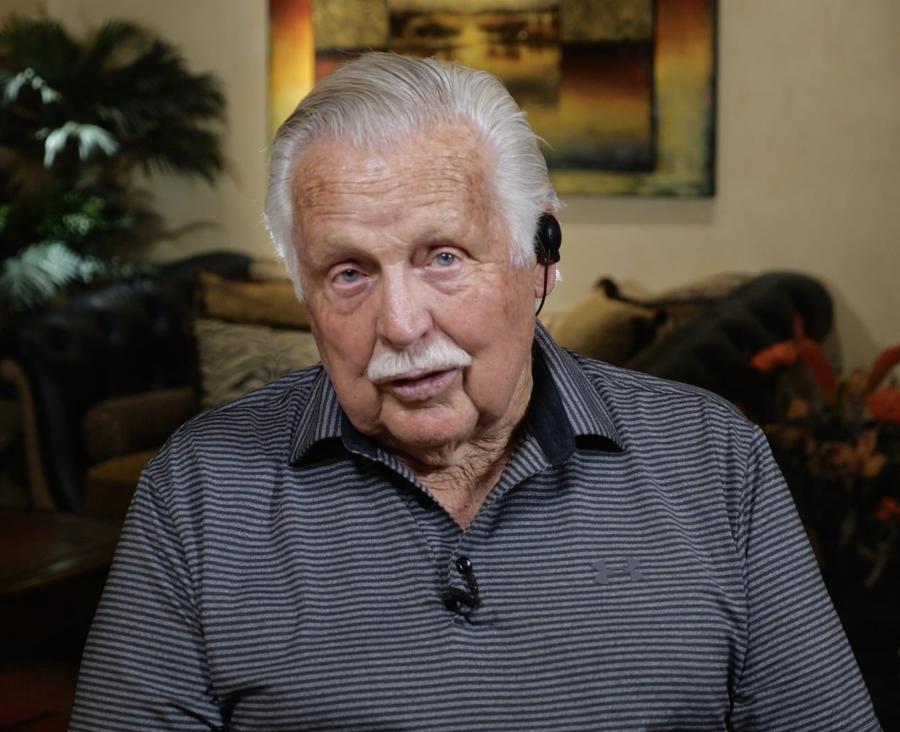 While tongue-in-cheek, perhaps, Wadsworth attributes his success to his sons, folks in the industry know it has everything to do with hard work, dedication and ingenuity. That's why, in January, his peers honored that ethic with the Associated General Contractors (AGC) of Utah Eric W. Ryberg award. The award was established in 1960 in honor of Ryberg, the third president of the AGC of Utah. It is presented annually at the AGC's annual convention to "one person whose outstanding service to the general contracting industry of Utah is exemplary."

In accepting the award via ZOOM from his home in Scottsdale, Ariz., Wadsworth said, "I really appreciate this award and I am humbled by it. I'd like to accept this award on behalf of all the people who helped me earn it."

With the help of three of his sons, Guy, Con and Tod, Wadsworth started his construction company in 1975. In doing so, he noted, his sons "turned a weekly allowance into a billable return" as they embarked on their first bridge project, a box culvert in Sandy, Utah.

Small street improvements grew into large scale highway and bridge projects and within 10 years Ralph L. Wadsworth — RLW for short — grew from a $500,000 business to $17 million one.

"Bridgework is the true hallmark, dotting Utah construction landscape," said Rich Thorn, president/CEO of AGC of Utah, in honoring Wadsworth. "It was Ralph who pioneered Utah's first ever accelerated bridge construction with an overnight installation at 4500 South and I-215. RLW is the reputable leader in the AGC industry with over 26 bridges placed without error or delay."

In 1996, Wadsworth founded the Wadsworth Development Group, which has developed commercial real estate projects valued at $1 billion in 12 states.

"Ralph L. Wadsworth's impact on the construction industry is showcased across Utah with over 650 traffic and pedestrian structures and many other landmark projects that have intersected with each of our lives," Thorn said. "Ralph takes pride in the hard work ethic, respect and grit found in the Utah-based workforce that has made all of this possible."

Wadsworth isn't shy about that pride. "In Utah, we have workers that know how to work; they know what the law is, they respect each other." 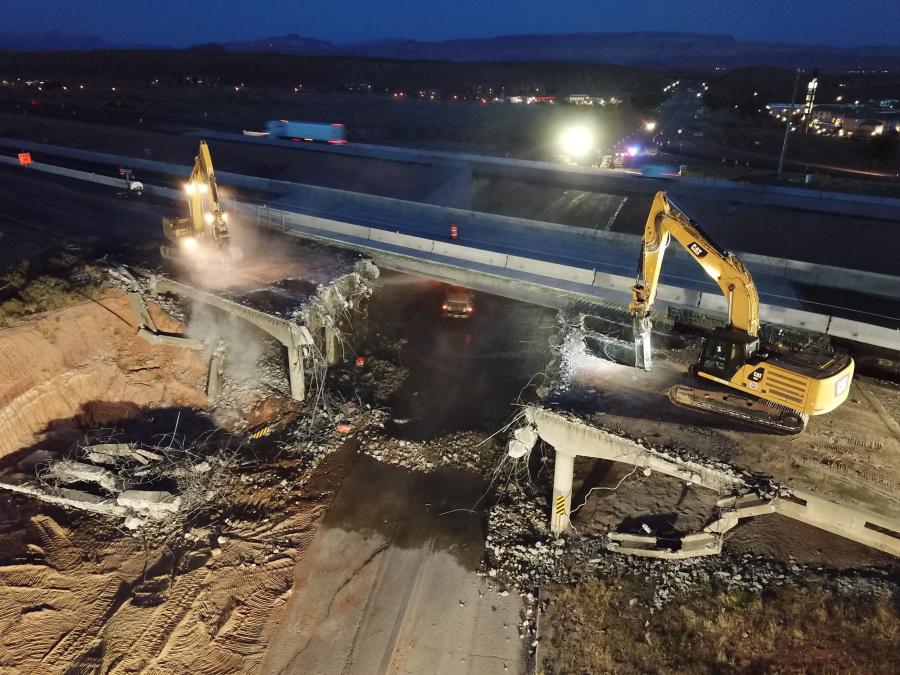 Wadsworth's son, Tod, believes his father's success was built on discipline rather than trying to "get rich quick." Were he to articulate a motto, Tod Wadsworth said, it would likely be "work hard, get better at what you do so you can be more competitive, more innovative."

That's how Wadsworth became a pioneer in the state of Utah in Accelerated Bridge Construction (ABC).

"Part of our success is taking on challenging work," Tod Wadsworth said. "We are one of the few companies that has moved as many bridges into place overnight or on the weekend shift."

On those projects, Tod Wadsworth describes being on the freeway, with adjacent traffic moving and knowing the project, in the works for months and months in advance, requires shutting down the freeway for the night.

"People are planning on using these roads," said Tod Wadsworth. "You tear out the bridge overnight. Months later, the crews have built a substructure under the existing bridge to receive the new bridge. They push or move a new bridge into place overnight and then construct entrances. In the morning, they open it back up and away you go. We've done 26 to 27 of those type bridges over the last 10 to 12 years. They do it all over the world. We've been fortunate enough to do a lot of that in our home state of Utah."

Ralph Wadsworth also is known for his charitable works, such as the National Guard charitable trust fund, which hosts a 5-K run and silent auction to raise money for financial aid for soldiers and their families. But if others are grateful for Wadsworth's work and good deeds, Wadsworth is equally thankful.

"We've done a lot of great things and I appreciate all the help," he said. "We get calls at Christmas thanking me for the job, and I haven't hired anyone in 20 years. The first time I saw this was a few hours ago. Honestly it brought tears to my eyes. It made me feel pretty good." CEG