A fatal crane collapse in Lower Manhattan during a winter storm on Feb. 5 set off a chain of events that is still unfolding. 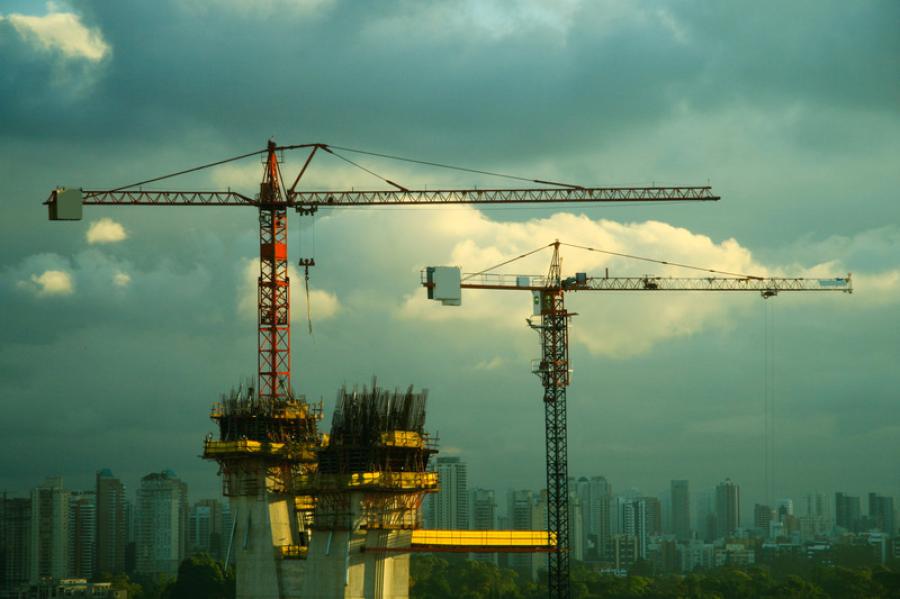 Since the new regulations were put into place, several construction industry leaders have asked the de Blasio administration to re-examine them for several reasons.

A fatal crane collapse in Lower Manhattan during a winter storm on Feb. 5 set off a chain of events that is still unfolding.

The crawler crane collapse occurred along Worth Street, between West Broadway and Church as the crane was being secured because of winds that were approaching more than 20 mi. (32.2 km) per hour. The crane, which was about 600 ft. (183 m) tall, had just been inspected the day before. One person in a parked car was killed and three others were injured by debris.

The crane was reportedly owned by Bay Crane of Long Island City, Queens and Hicksville, Long Island, and operated by Galasso Trucking and Rigging. It was installed a few days before at the former Western Union building at 60 Hudson St., and was being used to replace generators and air conditioners on the building's roof.

“In the aftermath, we should recognize that the crew working on this crane was doing exactly what they were supposed to do at that time, which is as they saw the wind speeds increasing, they were moving to put the crane into a secure position,” said New York Mayor Bill de Blasio in a press conference later that day. “And the crew was redirecting foot traffic and vehicle traffic away from the street, or obviously in the middle of rush hour, there would have been more people and more vehicles on the street. So thank God the crew did exactly what they were supposed to do.”

An investigation was immediately launched, including the NYPD, the Department of Buildings and a forensic investigation examining the equipment itself. In addition, a total of 376 crawler cranes in the city and 53 large tower cranes were ordered to be secured because of the wind.

A series of new policies was announced by de Blasio on Feb. 7.

“First, we are putting new restrictions on crawler cranes,” he said. “Until further notice, crawler cranes must cease operation and go into safety mode whenever steady winds are forecast to exceed 20 miles an hour, or gusts are forecast to exceed 30 miles per hour. So, to be clear, even if it is a forecast in advance, we are going to require that the cranes be put into that secure mode. For example, if at the end of one work day there is a forecast for these kind of wind levels, the next work day we will require that the crane be put into the secure mode the day before. We'll send advisories to crane engineers when wind conditions warrant it, and engineers will be required to certify that they will indeed cease operations. If we don't receive this certification, we will be issuing violations and we will raise the base penalty for failure to safeguard a site from the current $4,800 dollars to $10,000 dollars.”

The second regulation involves more sidewalk protection for pedestrians, with the Department of Buildings, Department of Transportation, NYPD, and FDNY working together on this effort.

“We'll be ramping up enforcement of pedestrian protections,” de Blasio said. “In any situation where there will be a securing of a crane and pedestrians are not supposed to pass in the affected area, of course, we'll require the work crews to ensure that that's not happening. They are liable for violations if they do not do that, but, on top of that, we'll be sending in uniformed city personnel to ensure that pedestrians are kept safe.”

The third regulation involves the notification of residents and businesses when a crane is being moved into the secure position.

Finally, de Blasio vowed to “leave no stone unturned in terms of learning from this accident and determining if we need other safety measures going forward. We're putting a task force to propose additional regulations and additional best practices to make sure New York City's cranes are the safest in the world. Over the next 90 days, the task force will work to evaluate [the] collapse and to determine if we need additional safety strategies. [The] incident obviously is a warning that we take very seriously. We all know there is a construction boom going on in our city. And although we value the work that's being done, the value of what it means for our economy — we value the jobs that are being created — nothing is more important than the safety of our people. So, we are going to make sure that the people of New York City are safe during this construction boom, and if we have to take strong measures to put limits on construction, we will do so. I'll state something that's obvious, but needs to be reflected in all of our laws, and rules, and regulations — there's no building that is worth a person's life. So, we'll make sure the people of this city are safe.”

Since the new regulations were put into place, several construction industry leaders have asked the de Blasio administration to re-examine them for several reasons.

William Shuzman, executive director of the Allied Building Metal Industries, explained the concerns that he brought to the mayor's attention in an email.

According to Shuzman, his email read, in part, “As stated in our original letter to you, we agree that public safety must take priority in this situation. That being said, it is axiomatic that the actions taken by the City should not only reduce the public's risk of harm but must also be narrowly tailored to reduce such risk without severely impacting workers or their employers. Unfortunately, the unilateral implementation of a 20 mph 'one size fits all' wind threshold for crawler cranes does not further this goal and, as set forth above, actually creates a more hazardous environment for the public.”

Louis J. Coletti, president and CEO of the Building Trades Employers' Association, also appealed to the administration, and noted that he feels that the conclusion to the matter is forthcoming.

“After a very difficult few weeks, the resolution of this issue seems to be coming to a conclusion,” he said. “It probably could have been resolved earlier with better communication and partnering with the industry who has the expertise of the industry.”