Zac Helms steps up after participating in training program. 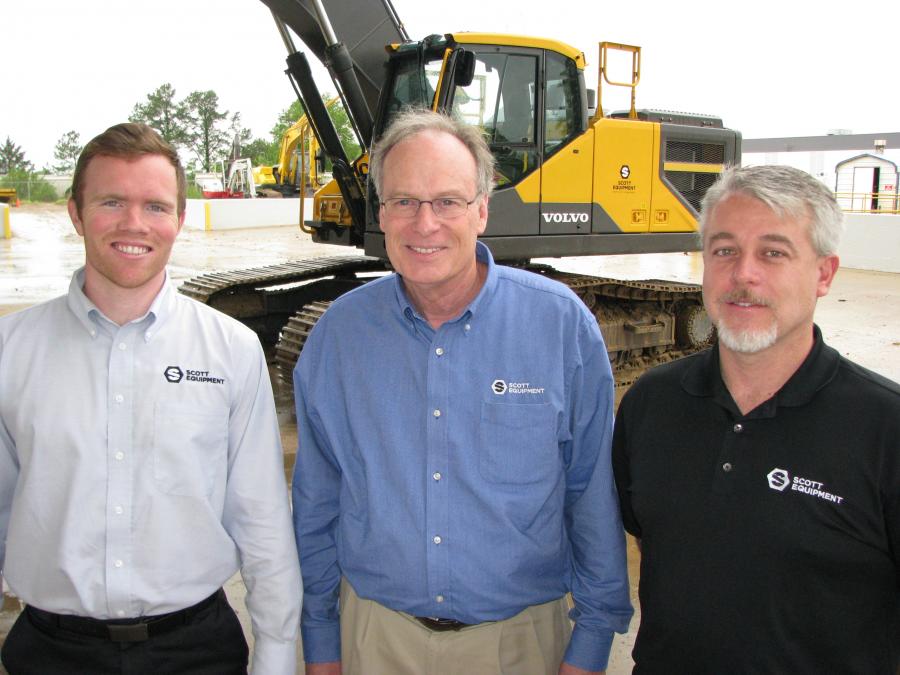 Prior to his retirement, while reflecting on his career and changes within the equipment industry, Bailey indicated the biggest change he has witnessed over the years has been the expansion and importance of the rental segment to running a successful construction equipment company.

“When I started in the industry, a lot of equipment dealers weren't focused on equipment rentals. All of the focus was on whole good sales,” said Bailey.

Now that he's leaving the industry, Bailey has a few things he's looking forward to; “I have a vacation home in Monteagle, Tenn., that my wife and I haven't been able to spend a lot of time at — now we can. I also get to play a fair amount of golf, as well as more non-profit work that I'm passionate about and more work at my church.”

Bailey wanted to thank all of the customers he had the pleasure of working with over the past 40 years. “Working with people is so special. I've been very blessed that many of my customers have also become my close friends.”

Zac Helms has taken over Bailey's responsibilities as the new Memphis branch manager. After graduating from LSU in 2013, Helms started with SEC as a Management Trainee where he learned the details of running each department within a SEC store. Once he demonstrated a high level of competency in each department, Zac was given the opportunity to manage and turn around two underperforming stores in Fort Smith and Springdale, Ark. With guidance from his Division Manager, Jeremy Daniel, Helms managed to turn around the operations at these two stores and maximize their potential. The two Arkansas stores formerly run by Helms are in great shape and will continue to grow under the leadership of their new branch manager, John Barnes.

When reflecting on his first few years with SEC and his new opportunity in Memphis, Helms stated, “I found Scott Equipment at a career fair at LSU,” Helms said. “I went to the booth and just started talking to them, and was lucky enough to be offered a job as a manager trainee. I went to Nashville to train and worked in all of the departments at the Scott Equipment branch. I worked in parts, service and actually started out for the first month and a half on the wash rack cleaning equipment. After nine months of working in all of the departments, I was presented with the opportunity to go run two store locations in Springdale and Ft. Smith, Ark. I did that for two years and then I was offered the opportunity to come to Memphis to replace Clint, and I couldn't be happier. Clint left me with a great base of business and I see a ton of potential for growth for SEC in the Memphis market.”

Helms started at the Memphis branch at the end of April and worked with Bailey until Bailey's official retirement on the last day of May.

“Clint's done a great job of running this store and creating a strong brand presence for SEC in this market and I couldn't be more thankful for that,” said Helms. “My plan going forward is to continue to steadily grow. My personal philosophy for both business and life is progression and not perfection. That's what I'm looking for every day, every week and every month, to be a little bit better than before, and just grow and take care of our customers. Make sure the customer gets the best service and the best product that we can possibly provide, and the rest takes care of itself.

“I'm looking forward to getting to know the customers better in this area. I'm just really excited to be here and to have the opportunity to step into running an already successful store.”

Jeremy Daniel, Senior Vice President, Division Manager of Scott Equipment based in Monroe, La., said the Management Trainee Program at SEC is directly managed and supervised by the executive management team. According to Daniel, Scott Cummins, the President of SEC, was the driving force behind the establishment of the trainee program. Cummins' goal was to prepare SEC for the future while maintaining the ideals established by his grandfather and company founder, Thomas Scott. The best method to insure excellence in customer service while having well trained managers to fill current needs as well as those that come as a result of company growth, is to develop your managers from the ground up.

“Scott Cummins and the SEC executive management team, take great pride in the Management Trainee Program,” said Daniel. “We bring in trainees and empower them to make the most of each opportunity and excel at their own pace. We give them an initial orientation into the SEC business model and how each successful department is run. Once the trainees understand the company from a high level, they are paired with mentors in various departments to learn the details of how to run a department successfully and profitably while delivering excellent customer service. As each candidate masters a department, they are moved to another area to broaden their knowledge base. Once the trainee shows an aptitude for a specific job, they are then eligible for a permanent position as a department or even branch manager within the SEC system.”

“Any service and multi-layered company is challenged with getting the right people in the right positions and developing managers to handle growth. The Management Trainee Program gives SEC the opportunity to develop managers over time in a real world environment while maintaining the company's culture.”

Also, Daniel stressed, “We look for smart, qualified people with specific personality traits. We do not look for people to fill specific positions with specific experience. We prefer to teach good people the job and let their talents take over.”