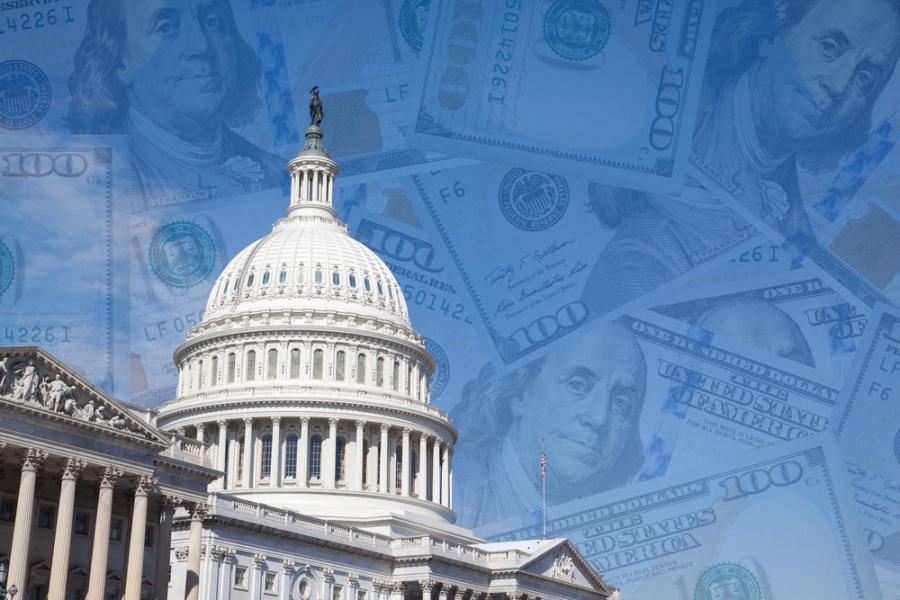 President Biden announced in April a $2 trillion plan to transform the economy with special emphasis on jobs, infrastructure and green energy. The transportation piece of the proposal would direct $621 billion to roads, bridges, public transportation, airports and electric vehicles.

Prior to the announcement, Transportation Secretary Pete Buttigieg spoke to a key congressional committee on March 25 and told lawmakers "they have the best chance in any of our lifetimes to make a generational investment."

The House Transportation Committee hearing was Buttigieg's first appearance since his confirmation. "Wise transportation investments are key to making the American Dream accessible for all, leading our global competitors in innovation, getting people and goods to where they need to be creating good jobs — jobs that are union or pay prevailing wages — and tackling our climate crisis," Buttigieg said.

The infrastructure proposal could include approximately $400 billion to combat climate change. The administration is considering tax increases to fund the program. Buttigieg didn't endorse any one approach but said lawmakers had the option to rely on fees on drivers, such as the gas tax, other general tax revenue or borrowing.

"I've heard loud and clear from members of Congress, Republican and Democratic, that an infrastructure proposal needs to have at least a partial funding source and I know that's a challenging conversation," he said.

Buttigieg has made appearances to help promote the administration's $1.9 trillion stimulus package. The kind of infrastructure package will need congressional support to make it happen.

Buttigieg has endorsed improving transit access as well. "I believe by investing in transit, transit-oriented development, and for that matter, rural main streets, in the right balance, we can support people getting to where they need to be."

Advancing the package through the Senate will likely require the support of several Republicans.

Detractors of the plan are asking the question, "How much of the bill can really be called infrastructure?" Fortune magazine's Jeff Colvin observed, "Infrastructure, as many people think of it, accounts for only $157 billion, or 7 percent, of the plan's estimated cost." He continued, "The definition of infrastructure can reasonably be expanded to include upgrading wastewater and drinking water systems, expanding high-speed broadband Internet service to 100 percent of the nation, modernizing the electric grid and improving infrastructure resilience. That brings the total to $518 billion, or 24 percent of the plan's total cost."

What Is Our Infrastructure?

President Biden has referred to our infrastructure as "crumbling." Is it really crumbling, though?

American infrastructure could be described as:

The American Society of Civil Engineers 2021 report card gives the United States infrastructure a C-. That was its best grade in 20 years. The report states five category grades — aviation, drinking water, energy, inland waterways and ports — went up, while just one category — bridges — went down relative to ASCFE's 2017 report card.

The impartial Congressional Research Service in its May 2020 report said that "the number of bridges in poor condition has dropped significantly over the past 20 years" and that "a relatively modest increase in spending" between now and 2040 could solve the problem.

A 2019 study by the University of Pennsylvania and Brown University confirmed that "over the past generation, the condition of the interstate highway network improved consistently," according to government data, seen as "its extent increased modestly and traffic about doubled."

Almost everyone agrees that improving our infrastructure is going to be expensive. Biden proposes raising corporate taxes. Others lean on increasing the gas tax. The federal gas tax currently stands at 18.4 cents per gallon of gasoline and 24.4 cents per gallon of diesel. The tax was last raised in October 1993. The tax was not indexed for inflation, which has increased 77 percent since then. Congress has shown little inclination to raise that amount. The taxes have fallen far short of what infrastructure needs exist. Even more stress on the infrastructure fund has been created with the advent of more electric vehicles. Clearly, for the future, the government will be collecting less in gas taxes.

Pay-as-you-go options exist and are growing. This includes tolls, which already exist in most states. Other options include charging the motorists by the amount they drive. Essentially, this system follows the reasoning that those who drive more miles should pay more for the use of the roads.

The idea of an EZ pass for all roads makes sense, and the technology is advancing to make it possible on many roads. However, for now, there are simply too many cars, too many roads and the billing and collections would be a nightmare.

One method of making the necessary taxes more palatable to both Congress and Americans is a word that had fallen out of favor — "earmarks." Previous highway bills had listed specific highway and infrastructure projects in each state, giving Congressmen of both parties an easy way to point to money and jobs brought back to their constituents. The projects were listed clearly for all to see.

John Hudak, of the Brookings Institute, wrote about it in an article entitled, "Earmarks are back, and Americans should be glad."

"Earmarks, they serve a real purpose," wrote Hudak. "They allow legislators — who well understand the needs of their districts/states — to  target funds for important projects  that can solve policy problems and create jobs. Second, while abuses happen, the vast majority of earmarks were meant to respond to constituents' concerns and needs. Third, earmarks have always  composed a miniscule portion of the discretionary budget, typically less than one percent, and fall within a chairman's mark — the top-line number set for an appropriations bill's cost. Finally, earmarking is not a Democratic proposal. Democrats and Republicans have endorsed their use."

Nonprofits representing the road building and construction industries have voiced the thoughts of their members.

"National Asphalt Pavement Association [NAPA] and its members are committed to building and maintaining our infrastructure with the utmost goal of recycling, sustainability and concern for our environment and resources," said NAPA Chairman James (Jay) Winford Jr., president of Prairie Contractors Inc., Opelousas, La.

American Road and Transportation Builders Association (ARTBA) formed a blue-ribbon committee, composed of government and private industry, to take a deep dive into the needs of America's infrastructure. The report, published in 2019, reveals strong priorities for upgrading infrastructure. Many of their points are often overlooked but would be essential in using funds efficiently for the benefit of the public as well as the companies doing the work.

The report highlights the modernization of the 68,000-mi. National Highway Freight Network (NHFN) designated by Congress in 2015 as a top priority. The report calls the NHFN "America's Economic Expressway." This expressway includes the interstate highway system and its critical urban and rural connectors to the nation's airports, rail hubs, major ports, inland waterways and pipelines. "Of all transportation infrastructure needs we have as a nation, improving the safe and efficient movement of goods is the key to increasing U.S. productivity, lowering the cost of things we produce and purchase, improving our environment and giving us the competitive edge in world markets."

The report emphasized the importance of supporting the infrastructure. It notes that approximately 70 percent of all freight is carried on interstate highways. This number is increasing every year with the increased shopping online and growing domestic energy industry.

Future expansions make infrastructure support vial. The report continued, "Federal government forecasts say that by 2035 there will be 70 million more Americans and that truck shipments will have to grow by 40 percent to serve an expanding population and economy. Most Americans know our transportation network is not ready for that."

The report also looks at future issues like autonomous vehicles. "Strategic and targeted investments in the NHFN will help prepare our interstates for autonomous trucks, cars and communications platforms that will use technology to increase safety, cut traffic congestion, save fuel and improve air quality. Every state and every American would benefit such investments, no matter where they live." CEG