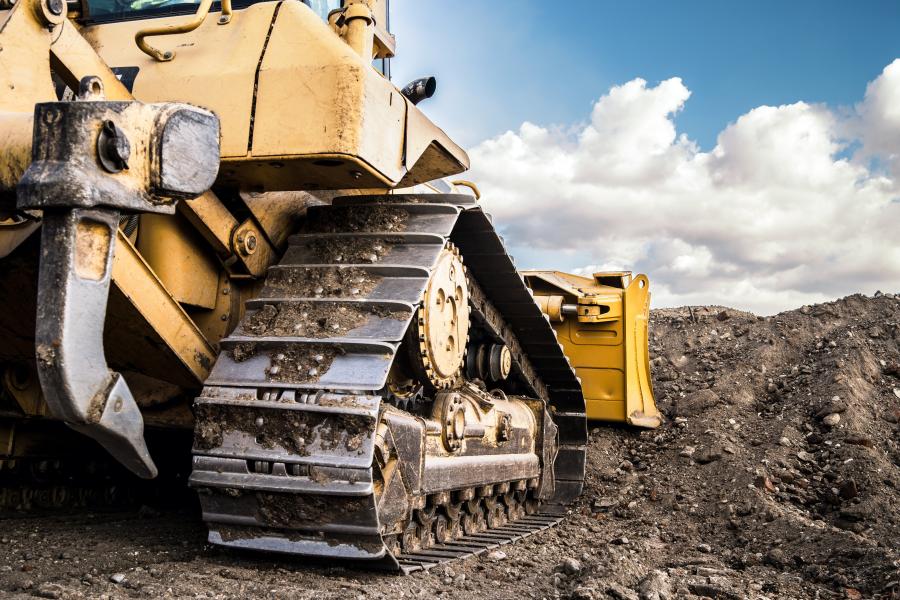 Despite a decline in optimism among contractors, the outlook of the construction industry as a whole remains positive. Most feel non-residential construction activity will increase.

Contractors around the country are hoping that President Joe Biden's infrastructure plan will mean a boost to the U.S. economy, a plethora of jobs and demand for construction machines, parts and equipment-related supplies and services. Though the industry won't see the results right away, once the floodgates open, the ripples will last for years to come.

The reconstruction and renovation of roads and bridges, utility grids and high-speed rail facilities will bring business to heavy machinery sales and distribution operations of all sizes.

"Remember that in any definition of infrastructure, if it's new construction, aggregates is going to be in the foundation," J. Thomas Hill, president and CEO of Vulcan Materials, told investors during a conference call. "So, it'll help us whether it's roads and bridges or other forms of infrastructure."

Both Vulcan and Caterpillar saw shares rise after Biden's bipartisan infrastructure deal was confirmed in June. 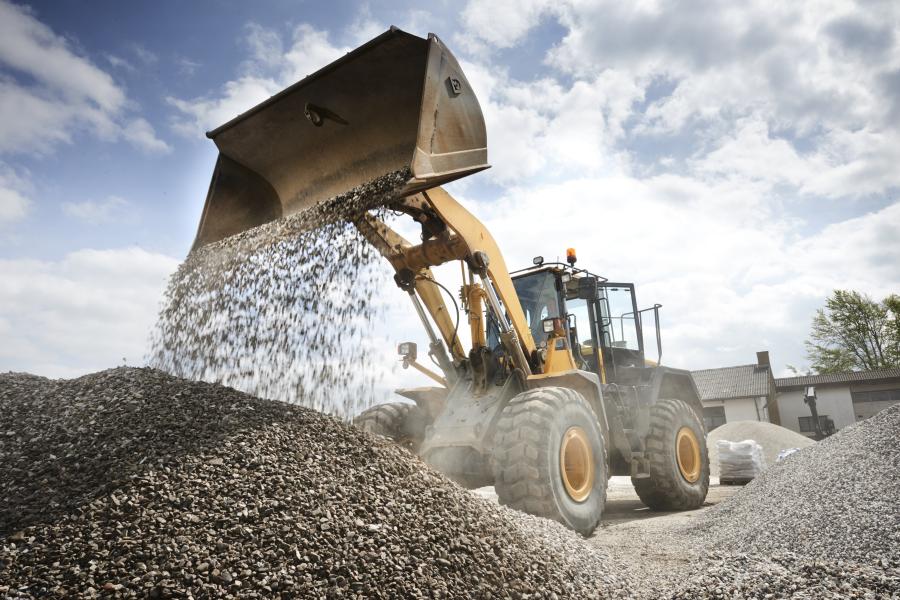 In March, Wells Fargo released the results of its 45th annual Construction Industry Forecast. Despite a decline in optimism among both contractors and distributors, the outlook of the industry as a whole remains positive.

Pessimism for nonresidential construction activity continues to grow among executives, but of those who think activity will remain the same, most feel it will increase in the year's second half as vaccines continue to rollout.

The outlook of the construction industry as a whole remains positive. In fact, 59 percent believe it will expand in the next two years.

More distributors report renting out less equipment now than a year ago; however, they continue to utilize the majority of their fleet.

One key factor contributing to a more positive outlook is how well the industry weathered the global turmoil caused by the pandemic.

Many who contacted their banks for extensions and concessions ended up not needing them, reported Wells Fargo.

"Contractors especially proved to be more prepared to handle the downturn and continue to meet their financial obligations," according to the report.

The Association of Equipment Manufacturers (AEM) and the Equipment Leasing and Finance Association (ELFA) are tracking demand for construction equipment. Both associations say member companies are cautiously optimistic.

AEM and Oxford, in a comprehensive forecast for economic recovery focused on agriculture and construction equipment, found that real gross output increased by 1.8 percent.

The survey found that going forward the picture is even better, even for those construction industry segments that didn't perform well.

The extraction industry, for example, took a 15.6 percent hit in 2020, but is now poised to slow its losses with a smaller 7 percent reduction in real gross output this year.

Next year, the industry is expected to start growing again with a 2.2 percent gain. The sector's struggles are tied to challenges in the oil and gas industry.

"But when you look at a segment like metals, there has actually been a commodities rebound over the last several quarters, and there are pretty good prospects going forward," said Killion.

The utilities segment also is rebounding after dipping 0.3 percent in 2020, according to the forecast. 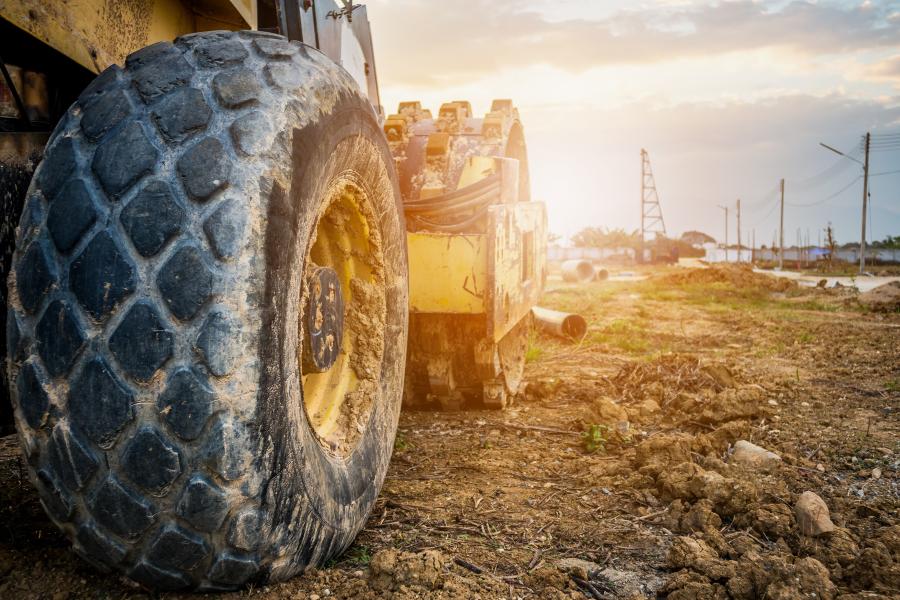 "Construction segment growth has also started to accelerate," Killion said. Growth in real gross output is forecast to be 3.5 percent this year and another 2.7 percent in 2022.

Killion pointed out that the stability of construction in general has supported the recovering economy. Single-family housing leads the way.

But housing and infrastructure are aging quickly. Housing's average age is around 35 years, while housing infrastructure (water, sewage, safety, roads and conservation) is roughly 30 years.

"Clearly, we need more of both in order to bring the age of U.S. capital stock down," Killion said. "These two areas will be the biggest impetus for construction building over the next couple of years."

According to the AEM-Oxford analysis, civil engineering is expected to grow 2.8 percent this year, building on last year's growth of 2 percent.

"Then, as emphasis on infrastructure is expected to intensify, even more robust growth of 4.4 percent is forecast for 2022," AEM reported.

Several metro areas are expected to grow in both construction GDP and jobs over the next two years. While other areas will see weak growth, still others will see strong GDP and weaker employment growth.

In fact, AEM noted, 75 percent of construction equipment is sold into the industry as capex investment.

Rental and leasing is the next largest segment. At 17 percent, this segment saw a 13.2 percent decline in 2020, and 2 percent annual growth is expected for the next several years.

There was a significant dip in 2020 followed by a rapid rebound, he noted.

"The interesting thing is that production fell much faster than new orders, which led to the subsequent rebound later in the year," he said.

Though U.S. construction machinery production was down 11.1 percent in 2020, an increase of 13.4 percent is expected this year. Another 5.6 percent bump will follow in 2022.

The construction equipment industry, a "bread-and-butter asset," is once again the hottest market on ELFA's equipment market forecast for 2021.

In fact, the U.S. Department of Commerce recently announced that construction projects put into place and annualized for 2021 amount to more than $1.5 trillion.

"So, it's a smokin' hot market — and today's low interest rates are a real help," said Chrappa.

He noted that trucks and trailers experienced a "huge rebound" compared to the 2020 survey in which the sector ranked second to last.

"Commercial construction continues to benefit from low interest rates and a boom in the warehousing and logistics business," said Jim Mengacci, senior vice president of People's Capital and Leasing Corp. 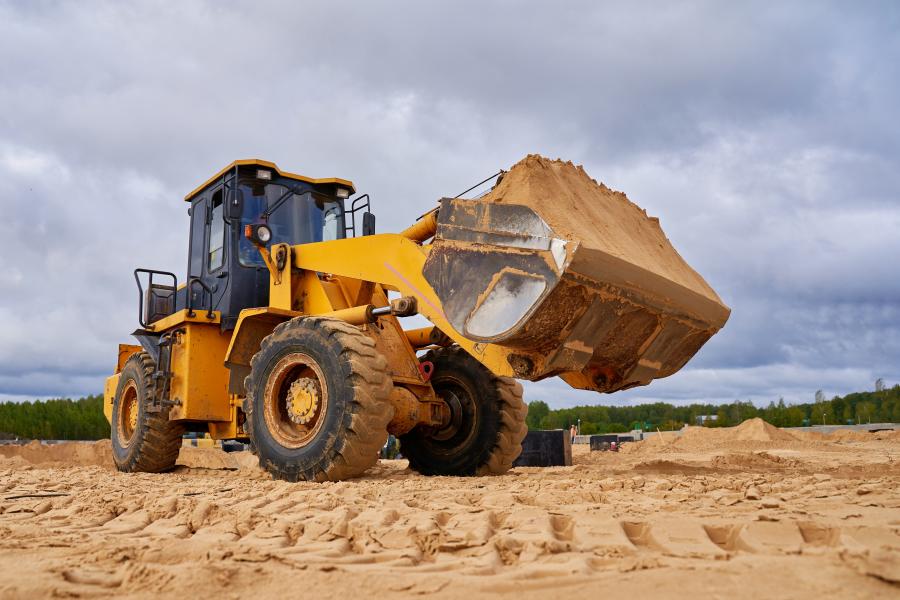 Even so, he said equipment finance companies are still challenged to help customers navigate the economic setbacks of 2020.

"Last year required deeper partnerships with both equipment sellers and customers to get behind the numbers and to the real growth story," Mengacci said. "And because supply-chain disruptions have extended lead times by months, the ability to quickly acquire the assets needed to start and finish projects has led to increasing backlogs and delayed realization of growth revenues for both manufacturers and their customers."

People's Capital remains confident, however: "As stimulus-supported spending produces realized projects and private-sector projects increase, we think the demand for construction equipment will be feverish at times," Mengacci said.

Because access to low-cost, flexible capital enables customers to take advantage of such trends, he thinks manufacturers and equipment finance companies must present their best efforts.

"Innovative customer finance programs will be integral to maximize both sales and margin."

The truck and trailer market is in for a dynamic year, said Jennifer Sablowski, senior vice president of Lease Plan USA.

"We're seeing pent-up demand because clients either delayed getting the replacements they had planned for 2020, or they're expanding their fleets," Sablowski noted in the ELFA survey.

Demand for both trucks and trailers began rising in late 2020 and continues this year. Orders for new trailers are now backlogged into 2022, she reported.

As a result, conversations are turning to whether they should replace earlier-model fleets in favor of lower emissions and better technology.