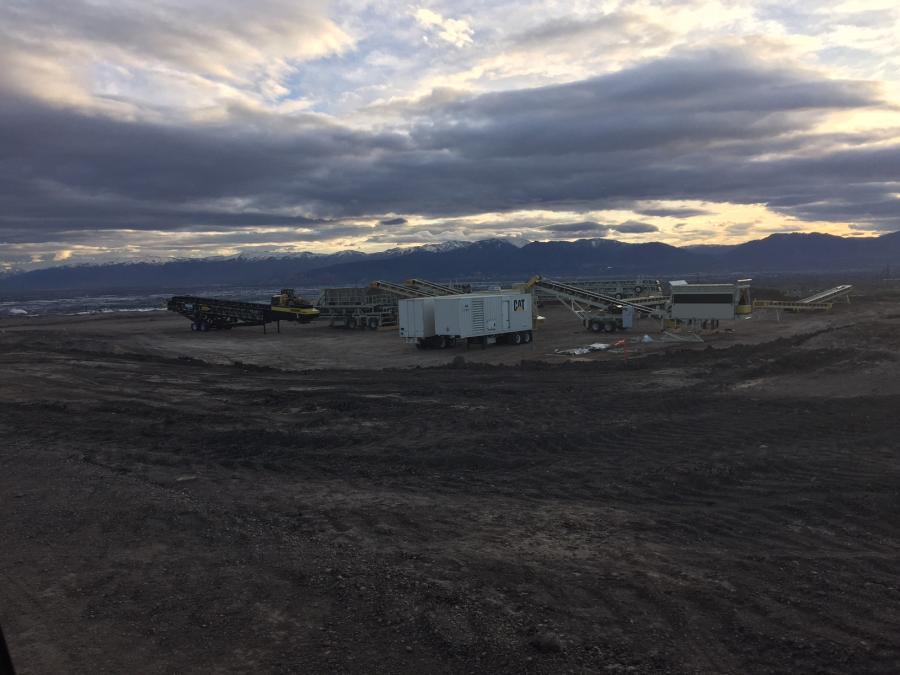 A project to construct new lanes and bridges along a 2-mi. (3.2 km) northern stretch of Utah’s Mountain View Corridor is under way.

A project to construct new lanes and bridges along a 2-mi. (3.2 km) northern stretch of Utah's Mountain View Corridor on state Route 85 from 5400 South north to 4100 South in Salt Lake and Utah counties is progressing. Work on this segment began earlier this year and is expected to continue through 2017.

Cost for improvements is set at $155 million and is state funded.

The section of roadway connects with a now open SR 85 stretch from 16000 South in Utah County, north to 5400 South in Salt Lake County. The north-south roadway is west of Interstate 15.

In addition, funding has been allocated for improvements on a section of SR 85 from 4100 South north to SR 201.

For now, the focus is on adding two outside lanes along a 2-mi. section of SR 85 from 5400 South to 4100 South. That will result in two lanes in each direction separated by a wide median.

In addition, the intersection of 4100 South to 5600 West will be constructed as part of this segment of construction.

Excavators, scrapers, crushing equipment and cranes are currently on site.

“Crews are working on driving piles for the future bridges and working on utilities,” said Agustin Avalos, spokesman of Utah Department of Transportation, District 2. “Crews began earthwork in March.”

Avalos said the project area is fairly flat, but will have many embankments for bridges.

Between 40 and 100 workers are on the job each day. Some work night shifts, but the majority of work is done during the day.

Approximately 1.3 million cu. yds. (993,921 cu m) of dirt will be moved as part of the project. Most of the material is being moved from an area of the project that had extra dirt to an area that needed it.

“This is a Greenfield project so the delays will be minimal compared to other projects that are constructed where road currently exists,” Avalos said. “Depending on the work, there could be delays on the smaller cross streets.”

Project planners expect the added lanes and bridges will help alleviate congestion, while boosting economic growth on the west side of Salt Lake Valley. The major roads in the area are heavily congested and the Mountain View Corridor will help disperse traffic in the area.

He said that the corridor route will take traffic off an already congested I-15 by giving west Salt Lake County residents another north-south freeway option to reach their destinations.

The Utah Department of Transportation is using a phased-construction approach to balance transportation needs with available funds. Initial construction includes two lanes in each direction with signalized intersections. Biking and walking trails are included.

Future construction will build out the remainder of the corridor by converting intersections to interchanges and adding inside lanes to achieve a fully functional freeway. Mountain View Corridor (SR 85) will eventually be a 35-mi. (56.3 km) freeway from I-80 in Salt Lake County to SR 73 in Utah County.

The Utah Department of Transportation maintains the entire Mountain View Corridor, which runs from Salt Lake City south to the Lehi area.

Plans call for three phases of construction. When finished, the freeway will have five lanes in each direction including a high-occupancy toll lane.

Some sections also will include two-lane frontage roads on both sides of the freeway.

Phase 1 includes construction of outside lanes or two one-way frontage roads for each section of the entire length of the Mountain View Corridor and preserves space in the middle of the highway to build overpasses.

Actual freeway construction begins in Phase 2. The freeway lanes will be built where the frontage roads were constructed.

While no specific timetable has been given by the Utah Department of Transportation for the overall project, planners anticipate the work to be fully completed by 2030.