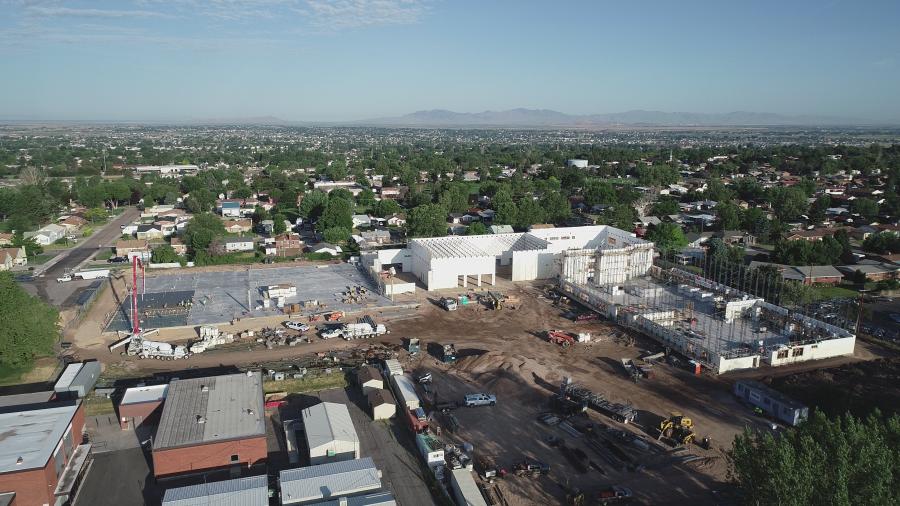 Next year, junior high students in Roy, Utah, will begin the school year in the first-of-its-kind school in the state, built with insulated concrete forms. (Mike Schwab Photo)

When junior high students in Roy, Utah, start school next year, they won't only be attending a brand new school, they'll be attending the first school of its kind in the state.

The school is being constructed of insulated concrete forms (ICF), a building block that comes with all sorts of advantages, said Mike Schwab, regional sales manager for Fox Blocks.

"I always tell people I've taken buildings, done comparisons side by side with concrete blocks and we have found the energy bill is at least 40 percent less and there are cases where it's been as high 60 percent savings on energy. Energy is by far the biggest ticket of why schools are switching to this. If it wasn't working we wouldn't be getting repeat work. They do a few other things too. They provide an air barrier, vapor barrier, give you a much more insulated building and in a lot of cases, cut costs. They also speed up construction. One of the reasons this school here switched to it is they are trying to shorten the building schedule. In 90 percent of the cases we can build faster.

"And because they are conducive to any number of exterior finishes, they look like any other building," Schwab said. "That is, until you walk inside and close the door, they're so quiet." 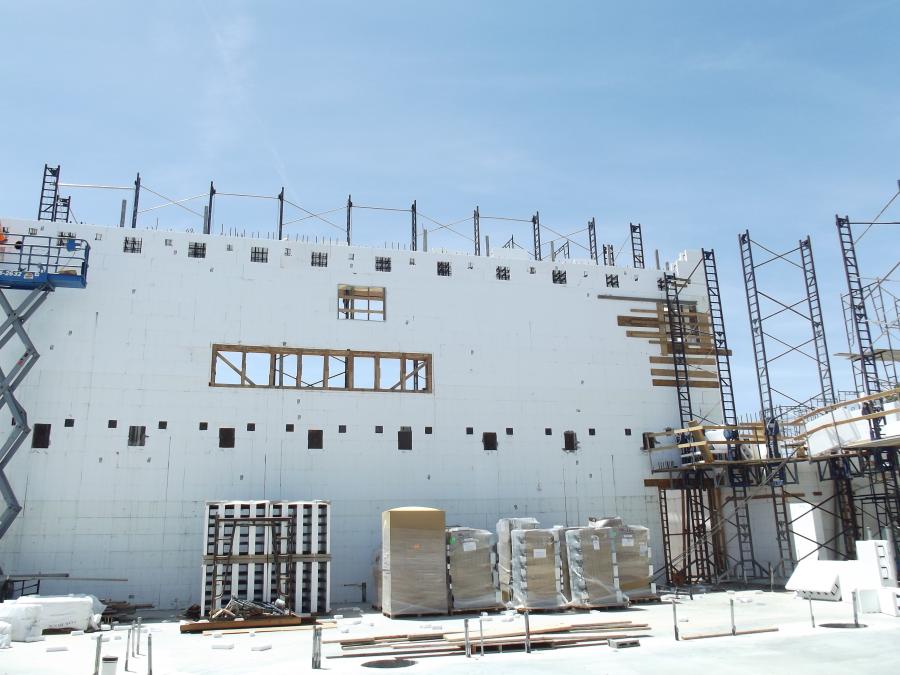 The blocks are manufactured in molds, then shipped to the job site. Most blocks are 4 ft. long by 16 in. tall. There is a foam panel 2-5/8 in. thick on each side of the block. The amount of space between the foam panels can be decided by the engineer. The foam panels are held with plastic ties every 8 in.

"What you do then is you take these four foot long blocks, stack them end to end, then lay rebar inside horizontally. Then we stack a second course, and we keep repeating that until you get to the height where we want to pour concrete. The next day, we stack another 10 or 12 feet. If I've got a 30 foot tall wall it will be done in three pours. We put braces on to keep the walls nice and straight. The ties that hold the panels double as a fastener so when you are done you can attach drywall by screwing into plastic ties that we have on 8 inch centers. You get concrete form insulation and built-in furring strips all in one move. By switching to ICF, they saw $1.2 million savings. You're building for less, knocking out so many trades and other materials in one shot."

ICFs are not new, but have been around since the 1950s. At one point, there were as many as 50 companies manufacturing the blocks, Schwab said. Today, there are about 15 working with the product that has evolved over the decade.

"Kentucky has been building schools out of these for well over 20 years," Schwab said. "I read an article in the ICF builder magazine and it seems to me the savings over 15 to 20 years is $11 million."

"The blocks also are popular with do-it-your-selfers in the residential sector," he said. CEG