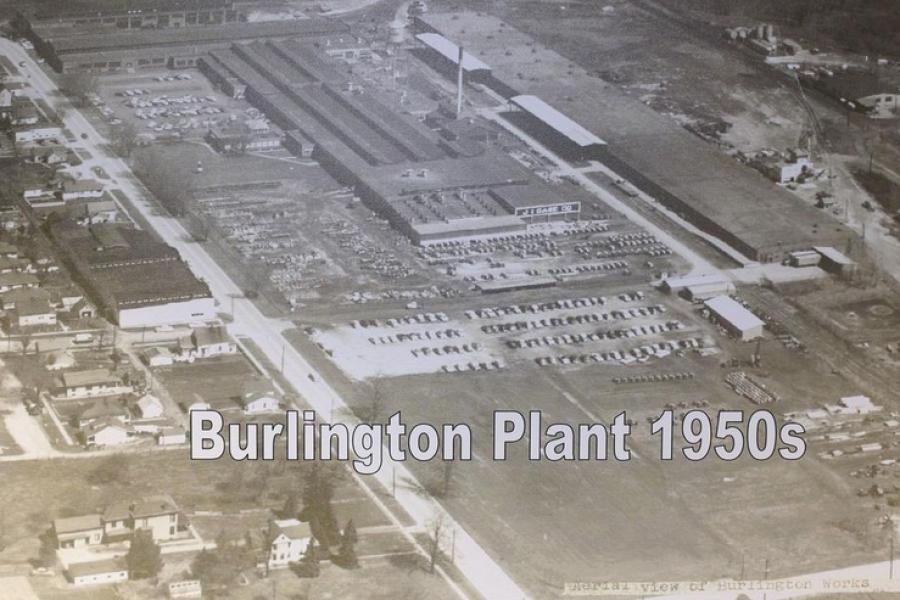 BURLINGTON, Iowa (AP) The integrated tractor backhoe loader is as common on construction sites as workers in hard hats.

But few realize the revolutionary machine was developed at the Case New Holland plant in Burlington, all the way back in 1957.

“We are known as the inventor of the integrated backhoe, and that's never going to change,' said Ed Brenton, brand marketing manager of CNH Industrial.

A combination backhoe and tractor, the integrated backhoe was vital in the housing boom of the 1940s and '50s. Soldiers were returning home from World War II, and they needed a place to live. With construction activity unfolding at a record pace, conditions demanded a compact machine that could work fast and perform multiple jobs.

“The smaller construction companies could buy this one machine,' Brenton told The Hawk Eye.

The invention of the machine came at a time when contractors were trying everything they could think of to get their equipment to work more efficiently, attaching front end loaders and backhoes to tractors that were designed to accommodate them. But many tractors weren't strong enough to handle the stress.

That's when Case stepped in.

Burlington CNH plant manager Frank Palermo started retooling his plant to make the new integrated backhoe in December 1956, and the first one was shipped Feb. 26, 1957 — three months before the initial, estimated deadline.

It wouldn't have been possible without plant engineer Elton Long — commonly known as the father of the backhoe.

Long earned 46 patents during his career and built a legacy of innovation and success that continues to influence the construction equipment industry today. He joined Case in 1956, when the company merged with Indiana-based American Tractor Corp.

Long stayed with the company nearly three decades, retiring in 1984 as Case's vice president of engineering.

“He was one of those people who sat up in the middle of the night with an idea and ran with it,' Brenton said.

As an assistant engineer for ATC in the mid-1950s, Long worked with experimental engineer Paul Hawkins during the merger and helped design the backhoe loader based on the Case 300 tractor chassis.

Long also used his close ties to customers to continually improve the new backhoe loader. The marketing team, led by Long and William Schlapman, continued to refine and innovate, resulting in a total redesign during the first 10 years of production.

A Springfield, Ill., native, Long had everything he wanted when he arrived in Burlington, including his own engineering department he built from the ground up. He already had started working on the new integrated backhoe before coming to Burlington, and now he had access to prototype-building facilities, an adequate budget and a proving ground to test out new designs.

Between 1957 and 1960, 11 models of the machine, totaling almost 11,000, were shipped. No other previous three-year period in Case's history had seen the release of so many units.

Long passed up several promotions so he could remain in Burlington, but, in 1981, he was appointed director and then vice president of Construction Equipment Engineering Worldwide, forcing him to move to Racine, Wis.

He kept the house in Burlington and returned there when he retired in 1984.

Long's health and quality of life declined in the early 1990s, and he died in April 2003 at age 81. He was a decorated pilot in World War II, earning 16 Air Medals, a Purple Heart and the Distinguished Flying Cross after flying 100 missions over Europe. He was buried with military honors in Aspen Grove Cemetery, and a scale model of the Case 580C is buried with him.

CNH is celebrating its 175th anniversary and has been in Burlington for 80 years. But those unfamiliar with construction work often can't tell the difference between backhoe loaders and various other construction machines.

“We started in 1937, and in the first 20 years, we made combines here and some stuff for the war,' said Laura Hubbard, who works in Human Resources at the Burlington plant.

The integrated backhoe loader consists of three pieces of equipment rolled into one — a tractor, a loader and backhoe. The loader is attached to the front of the tractor, and can be thought of as huge dustpans used to carry debris and smooth over piles of dirt. The backhoe attachment is used to dig up compact materials from 12 to 16 ft. deep.

A backhoe loader also has a swiveling seat to position the operator facing whichever he or she is using at the time. It often is known simply as a backhoe in the United States, so a backhoe with its own dedicated chassis often is referred to as an excavator.

Development of the backhoe loader gave Case an immediate edge on the competition. Since the loader, tractor and backhoe were Case products, design changes could be made and tested with the entire machine in mind. This also allowed the company to issue one warranty for a single machine.

A British company by the name of JCB developed the earliest backhoes, and the first vehicle equipped with a front mounted bucket and backhoe was completed in 1953.

In 1988, Fortune magazine named the Case backhoe loader as one of the top 100 best products made in the United States. Engineers continued to improve the machine with each passing decade.

“In 1976, it became more heavy duty, and we put out the Construction King. It had a heavier duty frame,' Hubbard said.

Backhoe loader production was shifted back to the Burlington plant in 2008, which spans 156 acres.

Before 1980, Case averaged about six years between new production models. That nearly was halved as the design-build process was improved, allowing for better stability, taller tires for ground clearance, a wide stance four-wheel-drive front axle, a wider cab and a larger fuel tank.

Examples can be seen nearly everywhere — not just in the United States.

“The Burlington plant produces backhoes for different parts of the world,' Brenton said. “We have plants throughout the world.'

Innovation never stops, and Brenton said the same goes for the backhoe loader as well. The days of the machine having a few simple gauges to check are over.

“We can check every single function of the machine now,' Brenton said. “Really, these machines are as advanced as automotive technology.'

Touch screen displays will be common place, and GPS positioning isn't far off either.

“Everyone is tech savvy these days,' Brenton said.