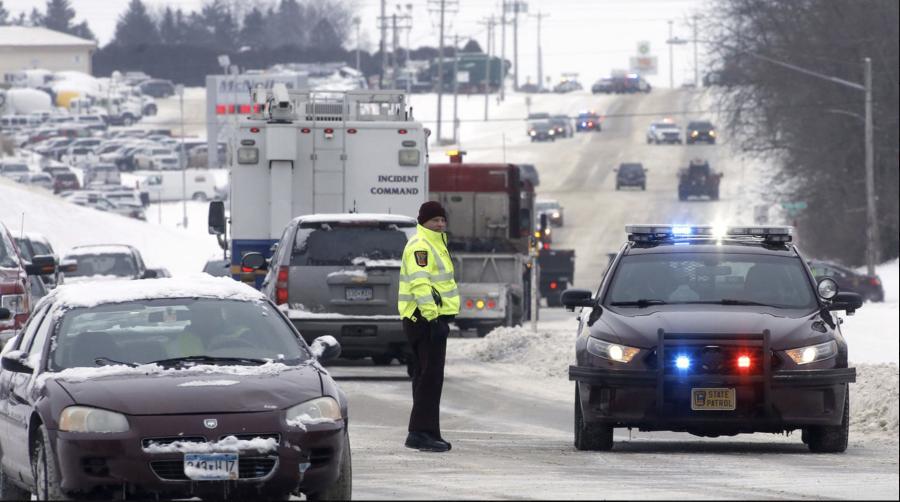 An investigation is underway after four people were seriously injured in an explosion at McNeilus Truck & Manufacturing in Dodge Center Wednesday morning.

Dodge County Sheriff Scott Rose said emergency crews were called to the facility at 520 Highway Street East at 10:32 a.m. after an explosion in a paint booth inside a building on the north side of the facility. The exact origin of the explosion is unknown at this time.

Rose said a total of four people were transported to the hospital with serious injuries.

Two people were being treated for minor injuries on the scene.

Rose said there was a head count right away after the explosion and all McNeilus employees are accounted for. Rose said family members of those who were transported have been notified.

McNeilus is part of Oshkosh Corporation, and is a major employer in Dodge County. All production employees have been sent home for the remainder of the day.

"There is a full on investigation" into the exact cause of the explosion, involving the State Fire Marshal's Office, the gas company and the Dodge County Sheriff's Office, Rose said.

The building where the explosion happened is long and narrow, and Rose said the doors on both ends of the building were damaged by the blast.

"There was a lot of smoke," Rose said.

Rose emphasized that the building and the area around it is now safe, and the roadway has since reopened.