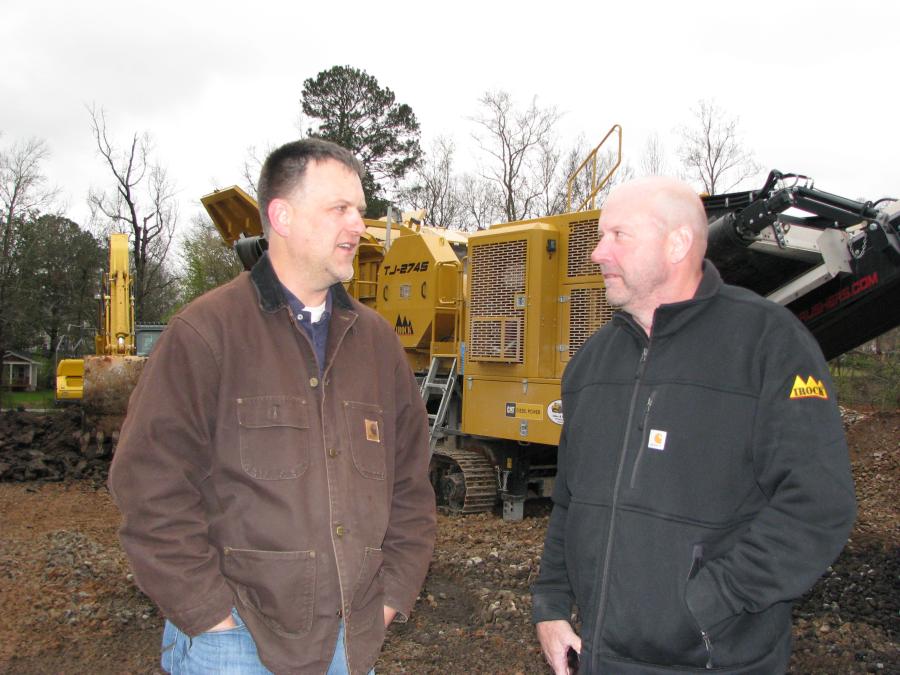 In a recent visit to a demolition project in Smyrna, Ga., CEG found Matt Ragsdale of Southern Demolition and Environmental based in Atlanta, Ga. hard at work clearing concrete and asphalt and crushing it on site.

One of his prime equipment dealers, Chuck Spooner of Central Atlanta Tractor in Austell, Ga., was at the site and had brought a new IROCK crusher for a short-term rental.

This was the first time Ragsdale had tried an IROCK machine, as he had always used another make of crushing machine. Interestingly, when it comes to crushing and screening equipment needs, Ragsdale doesn't buy, he rents. To him, it's a simple concept. When you only need a crusher three or four times a year, it is much more cost-effective to rent, so he simply does not buy these types of machines.

The other crushers Ragsdale rented in the past did the job for him, but “little differences” on the IROCK machine really set it apart.

“Some of the built-in features make it more user-friendly, and the controls seem more intuitive than the other crushers I've used in the past,” said Ragsdale. 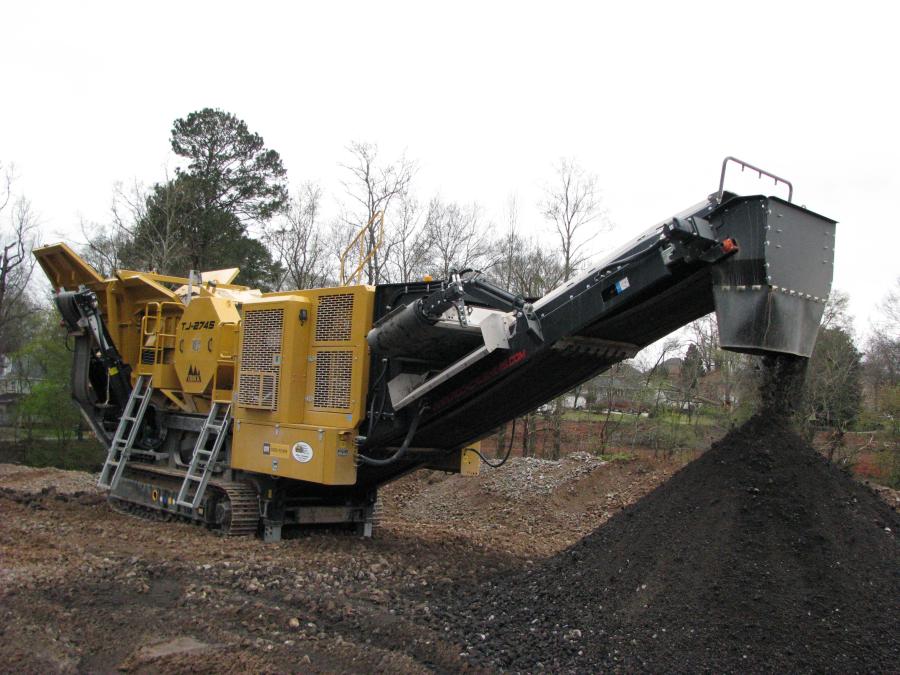 “This machine has a good combination of both touch screen and lever controls,” added Ragsdale. “The others I've used were all touch screen but a bit more temperamental. Controls are laid out quite well on the IROCK and actually have pictures to show you exactly what you want it to do. You look at a picture, pull a lever and it will do exactly what you want. It's that easy.”

Ragsdale also named easy and quick setup as a perk of the IROCK.

“With less time for setup and easier operation we have more time for production” Ragsdale explained. “Less setup [and] less glitches make this a more productive machine. It's just easier to operate in my opinion. This machine incorporates four hydraulic legs to balance and level, whereas with other machines you need to balance it by using the tracks — literally moving the machine around or back and forth to find a spot that is level before operation. This one quickly self-levels.”

“I also like that it's made in the USA,” said Ragsdale. 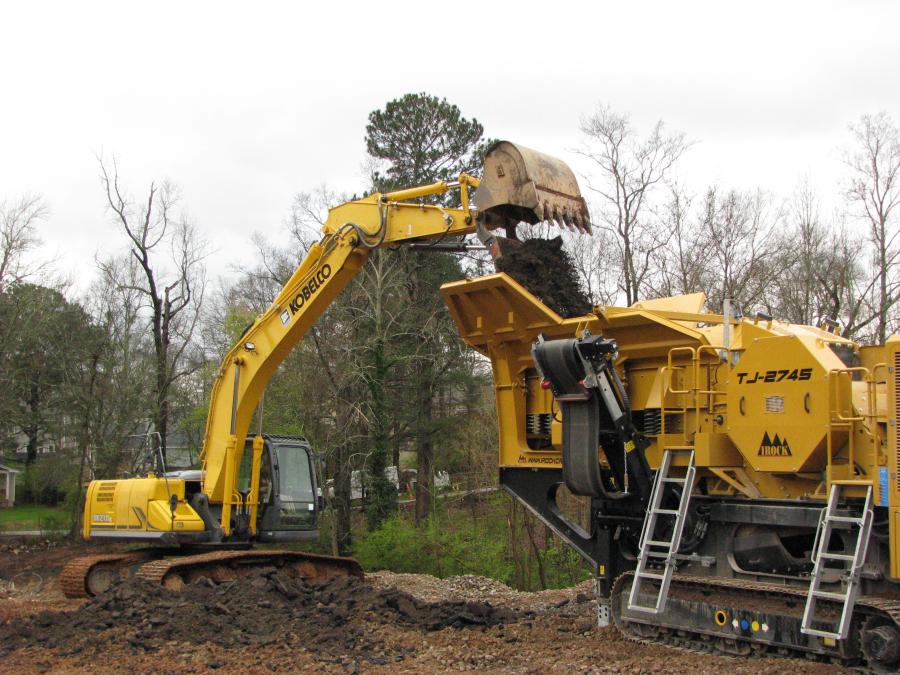 The particular job site that the IROCK was tackling was a quick turn-around job where Southern Demolition was in the role of subcontractor for demolition of concrete and asphalt. The material being crushed was from old driveways, parking lots, foundations, slabs, etc. and was quickly needed on site for fill. The IROCK was a big help to get this job done.

The main thing that brought Ragsdale to the IROCK line was his relationship with Central Atlanta Tractor, a dealer that he has rented and purchased machines from for quite some time.

“Chuck [Spooner] had been on one of my job sites where I had rented another brand of crusher,” said Ragsdale. “When he recently started in the crushing and screening equipment business, he asked if I would try the IROCK machines. Of course I said sure, I'll give it a try. I'm happy with the product, and it's been a good choice.

“Once it's up and running, the productivity of this machine is probably the same as others, but the initial setup saves time and that's where it becomes more productive. I'd say the setup time is half the time of other machines I've rented. We've also had less material jams and hang-ups with this machines than others, which makes it an even more effective tool,” said Ragsdale.

Spooner was out on the site when the machine was first delivered to make sure all went well with the IROCK. The overall great experience Ragsdale had with this machine now means he has a one-stop shop with Central Atlanta Tractor, and he can rely on the company for all of his rental needs.

“The hydraulic outriggers on this track machine quickly raise and lower the machine making for a very quick leveling and setup and rapid start on production,” said Spooner. “Jaw crushers on wheels take substantially longer for stabilizing and setup. The track machines can be moved from place to place on the job site and go directly to where the material needs to be processed and quickly set up for production — this rather than bringing material from various points on the site to a machine that has been pre-staged for the entire job.”

Ragsdale was impressed with his first IROCK experience.

“For this first IROCK rental, Central Atlanta Tractor had the machine off-loaded, leveled, conveyors extended and set, and we were producing material in less than an hour,” Ragsdale said.